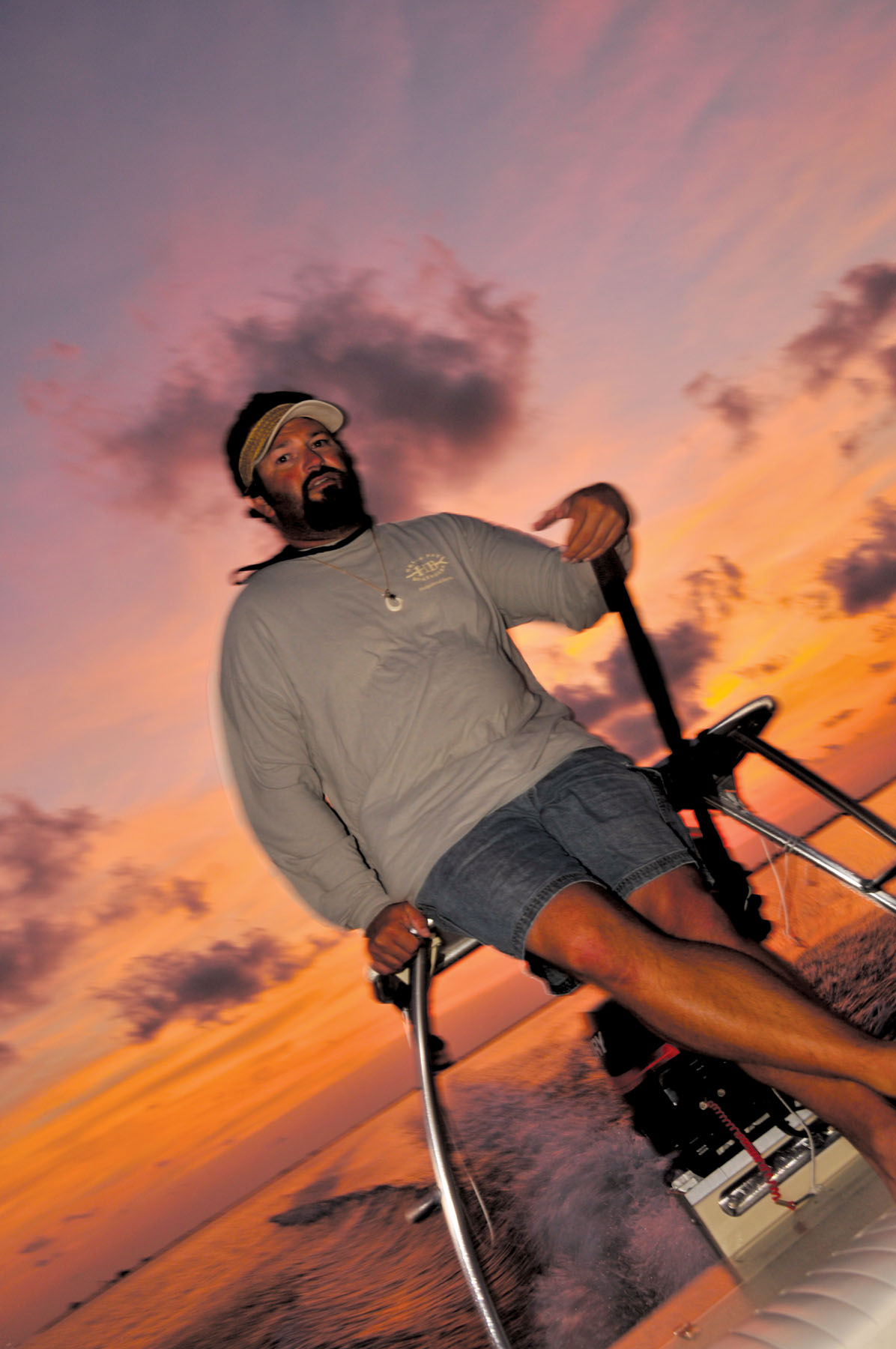 Even though I run a “green machine” I still lean proudly to the right!

We hear the term "green" used daily to signify or represent a healthier environment or to signify the movement to clean up the world we live in. Over the history of mankind, we have found ways to make life easier for ourselves, for example, I am writing this on a computer, not a stone tablet with hammer and chisel. The point is that many of these advances have come at a price to our environment and we are beginning to realize it, hence the "green" movement to reduce our impact on the environment. While quite a few embrace this movement, just as many dismiss it. However, there is a segment of the angling world that is becoming "greener" by day, whether they believe in global warming or not, and they do not even realize it.

Years ago, the world of saltwater fishing along the coast was a very small segment of the fishing demographic, especially in Texas. For many, the mentality was- why drive to the coast to fish when I can fish in a lake just down the road? As the population increased at an unprecedented rate, people began to find their favorite fishing hole just too crowded to enjoy so they began making treks to the coast to enjoy the peace and quiet of the gulf and bays. These areas have now become very crowded and there is nowhere else to go.

This has caused some to just give up fishing altogether and others to find ways to leave the crowds behind.

In recent years the federal government has imposed laws on us to help reduce our impact on the environment. For example emission standards have forced us to drive cleaner running automobiles. These emission standards have now trickled over into the angling world as the EPA has begun to crack down on outboard motor manufacturers to start producing four-stroke engines that have fewer emissions and better fuel economy. These motors have been around for years but have been shunned by anglers because they were way too heavy and many found that their performance did not and still does not live up to those of the two-stroke outboards. Times are changing though. Slowly but surely the poor performing four-strokes are being improved and beginning to win over anglers.

Some anglers are reporting as much as a 30% reduction in fuel burn and a definite reduction in the use of oil because they no longer have to mix oil into the fuel which was once necessary when running two-stroke outboards. The result, reduction in daily operation cost, a reduction in emissions, and, you guessed it- better fishing.

Offshore anglers have, in the last couple of years, begun to see the advantages of running four-strokes and it is allowing them to travel further away from the crowds to the deeper, less pressured, fertile waters of the Gulf.

A similar situation is happening in our bays. Many have opted to switch over from bay boats that run 150-250 hp engines for much smaller technical poling skiffs that operate on 60 hp or less. In fact, there are a growing number of people running skiffs with engines in the 25-30 hp range. Not only does this make for a smaller carbon footprint when the engine is running (two-stroke or four-stroke), but anglers spend more time poling around in the shallows instead of running around from spot to spot which in turn, means less fuel burned and, fewer of our grass flats being damaged by propellers. Of course this is a two for one when talking about being environmentally friendly.

As for the "extreme green machine", it is hard to overlook one of the fastest growing segments of the angling world. A great number of saltwater anglers are turning to kayaks in order to get away from the crowds. And, well, it goes without saying, that that is about as "green" as an angler can get, especially if the angler carpools down to the bay.

All the best in the new year and stuff like that!