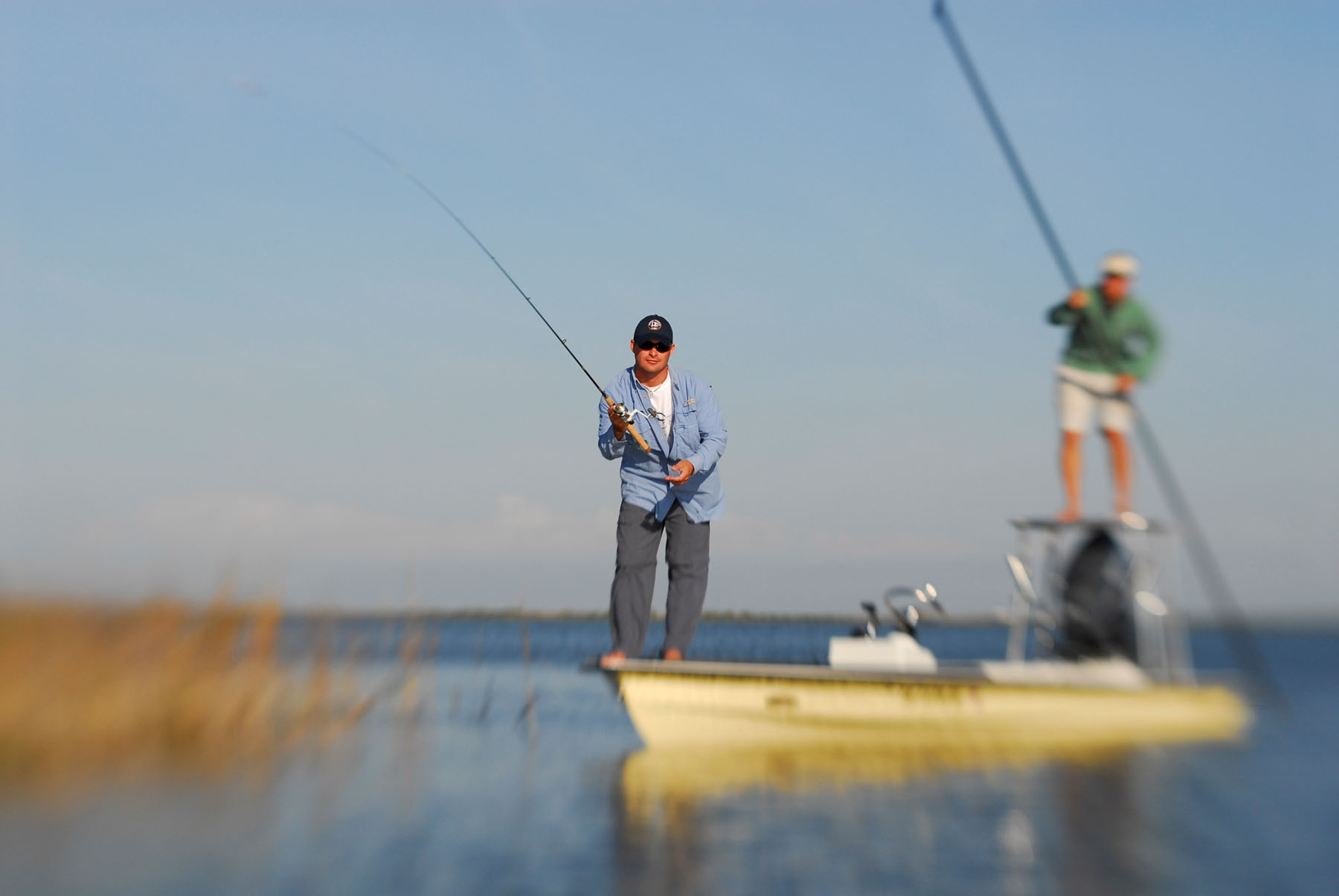 It is hard to believe that I have been fishing the coastal water of Texas for well over three decades now. I can still remember my first trips to salt with my father and I can still remember the first lure I ever chunked into Christmas Bay on an old red Ambassador 5500. Where I am going with this is that- I have seen a lot of change in thirty-five plus years of fishing our coastal waters. One of the biggest changes is the introduction of the technical poling skiff and rise of the 'skiff guide.'

I still remember, about fifteen years ago, getting very, very upset when I heard a very well known and respected Florida guide and angler tell me, "You Texans may know how to run a boat in skinny water, but you do not have the first clue how to fish it." This of course hacked me off because at the time, I considered myself a pretty skilled angler for my age and, I knew quite a few 'Old Texas Salts' that I held in the highest of regards as anglers and would put up against anyone.

Now that a few years have passed, I have come to a few realizations. One is that I did not know nearly as much then as I thought that I did and that some of those 'Old Salts' were not a skilled I used to believe. Do not get me wrong, they were good anglers but, their success came more from the fact that they were fishing fertile, unpressured waters than from their skill and knowledge.
Now days, I realize, that had I swallowed my 'Texas Pride' way back then, I might be twice the angler and guide that I am now. Fortunately, I did not wait until now to figure things out.

Back twelve or thirteen years ago, I was working and living down in South Padre for the Coast Guard and upon completion of that particular assignment, I was going to take my part-time guide business and make it a full-time gig. Well that summer I had the pleasure of meeting Eric Glass who, to this day, I consider one of the best guides in not only Texas, but in the country. The thing that amazed me about Glass is that he spent the majority of his time on the poling platform of his boat rather than wading and when he did wade, he was standing right beside his customer pointing out fish and not with a rod in his hand casting to them. This was not the first time I had seen this, in fact Chuck Scates had been poling sports around the Lower Laguna Madre for years and Chuck Naiser was well known for walking beside his customers for miles while pointing out tails, wakes and cruising fish at incredible distances and helping them get set up for the perfect shot.

All of this truly amazed me because, with the exception of when I had fished in Florida, all the guides that I had ever fished with were either at the front of the boat or wading somewhere nearby at best, chunking lures and helping everyone fill their stringers. In fact, as a part-timer all those years ago, that was exactly how I did it. Wow- have things changed.

After experiencing the way Glass, Scates and Naiser were doing things I made a choice right then and there that there was no other way to do it.

The difference between what was once considered a flats skiff and what is now called a technical poling skiff is that the newer version is built lighter by utilizing special construction processes and by using materials such a carbon and Kevlar. These boats are also built with less deadrise in the hull creating a flatter bottom than the traditional flats boats. The combination of the lighter hull and flatter bottom created a skiff more suited for fishing the extreme shallows of the Texas Coast.

Once we discovered these skiffs here in Texas, just about all of us 'fly- fishing' guides gradually made the switch over and we are slowly become known, as they are in South Florida as- 'skiff guides.'

This is not so much a title as it is a state-of-mind, or way-of-life. You see 'skiff guides', at least the ones that I know and respect, all hold themselves to a higher standard. By this I mean that you will not find them burning up the flats or trying to sink the boat with dead fish. Most believe that the flats and lakes are made for fishing, not running a boat through or over and religiously practice catch and release fishing.

All and all I would say that there are very few truly reputable skiff guides on the Texas Coast. I have of course already named Glass, Scates and Naiser but there are few more such as Ethan Wells, Billy Trimble, Tom Horbey and myself. But, what truly amazes me is that what I once thought would never catch on, is even spilling over into the general fishing populace. By this I mean, more and more anglers are choosing to pole the flats rather than run them and the fishing public, which mostly consists of wade-fishermen, is getting fed up with anglers tearing up the shallows in tunnel-hulled skiffs and many are becoming more conservation minded.

For me, I can honestly say that fishing from a skiff has become a way of life. In fact, I cringe at the thought of getting in the water to wade-fish. I'm not saying that it is not a great way to fish but, it just is not for me. In fact, I do not even like getting out to take a picture although I sometimes do. Anyway. . . .

Flip Pallot once looked across the dinner table to me and Chuck Scates and asked the simple question, "Why would anyone get out of a perfectly good boat?" Well all of these years later I finally have a good answer. "Flip, the only reason I can think of is - to put it on the trailer."