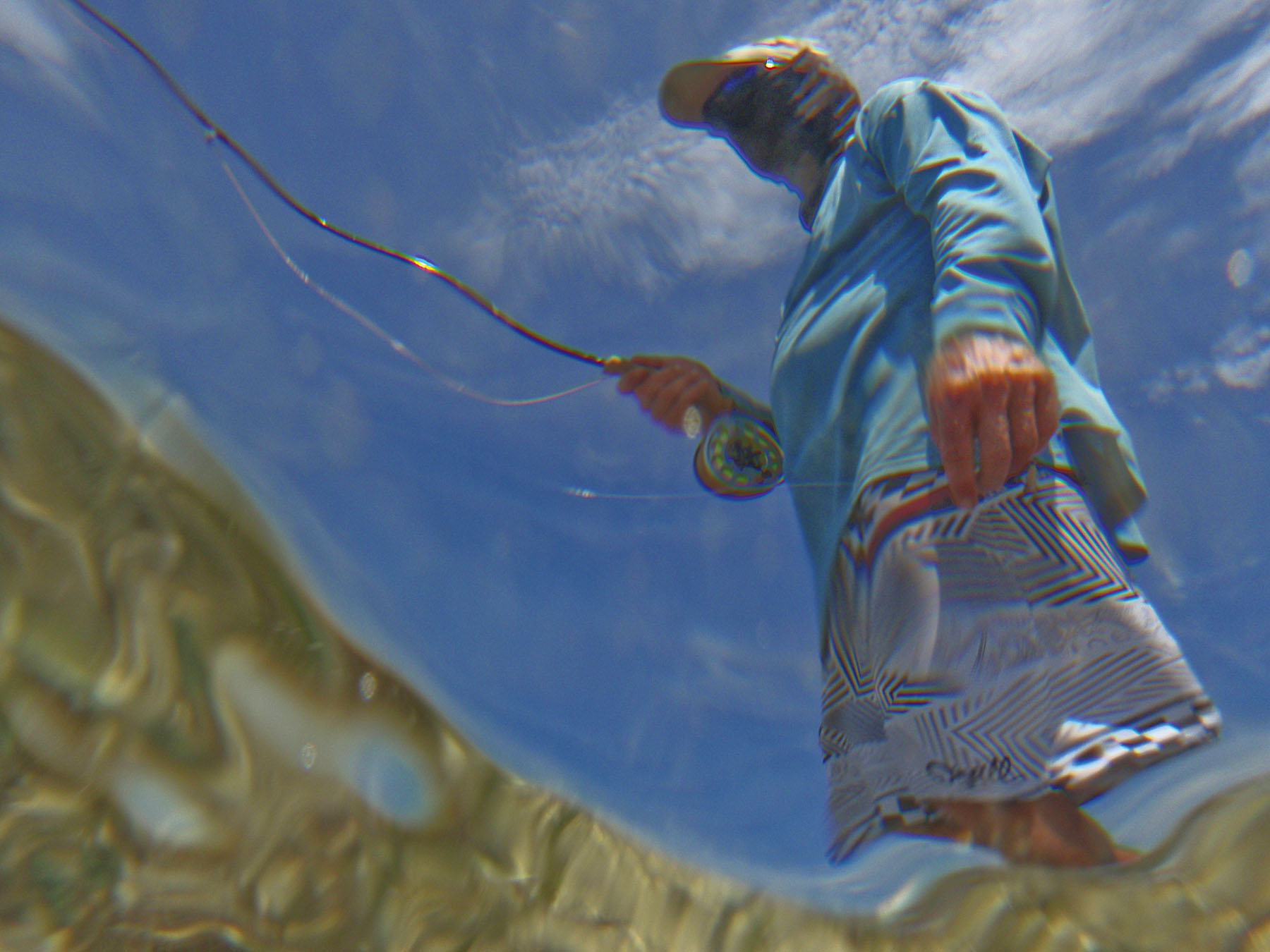 It is no big secret that I take my job very seriously. I live eat, sleep and breathe fishing and boats. And, not too surprisingly, I have several clients that fish regularly on my skiff that are not too different. It is this passion and drive that sets them apart. To get to the point- there is a big difference between fishermen and anglers.

Do not get me wrong, there is nothing wrong with either. It is just that those who stand out amongst the others do so because they make the time to better themselves by learning all they can about the sport and getting out on the water as much as possible to hone their skills. These people, who I consider to be anglers, are the ones who will catch fish when nobody else can.

As for fishermen, well they just enjoy being out on the water from time to time, usually when conditions are perfect but in some cases, are usually the ones who are most disappointed when they do not find success.

Last summer I had a long-time customer book me for a three day stretch. This individual who, had been fly-fishing for years, was very much the angler. He was the kind of guy who would call monthly, even sometimes weekly with question about rigging or tying flies. I mean, he was the guy who was always fishing, whether he was sitting on the boat or in his living room a 150 miles from the coast. Needless to say, I was excited when I received the call for the booking a month or so in advance but, the night before his trip came, the weatherman dealt me a hand that had me wanting to fold. So, I laid the cards on the table for him, recognizing his great desire to do the trip as his work had not allowed much fishing time recently, and let him make the call. He made the decision to get in at least one day and see how it went before packing it up and heading back to the city.

I guess it goes without saying that it was tuff! We only had about 7 or 8 shots all day long but, because he brought his game, we managed to boat several nice reds. The next day the forecast was for conditions to be worse but not dangerous and he decided to gut it out. Well the weatherman nailed it and because of crappy light and high water, we had even fewer shots. However, out of the four shots we had, we managed to feed all of those fish resulting in a perfect "batting" average for the day. When the third day arrived, the sun that had been nearly absent in the two days previous popped out perfectly. The fish went bonkers resulting in one of the biggest "bags" of the season.

So the next day comes with nearly perfect conditions and I am on to the next fisherman. This individual goes fishing once or twice a year and never touches his fly rod except for those few days a year on the water. We head out and we have somewhere between 40 and 50 honest opportunities at tailing or cruising redfish and you would think it should have been a slam dunk. Nope! We only caught four and at the end of the day he was so disappointed that I felt like I had let him down.

I can assure you folks, when you get on a fishing guide's boat, in most instances, nobody wants you to be more successful than that guide. And, usually for many more reasons other than outright job security although that must certainly factor in. I cannot speak for every guide out there but I can certainly say that I love helping and watching other people catch fish. You want to see me beaming with pride, see me on day that someone just caught their first fish on fly. Anyway. . . .

Do not get me wrong, I have seen days when there are fish everywhere and the greatest angler in the world could not make them eat and then seen the exact opposite. Heck, just last week I had a guy who had never touched a fly rod in his life catch four reds on fly. Well I guess what I am saying is that when conditions get tough, it is the individual who has dedicated himself or herself to the sport who will more often reap the rewards, no matter what they may be.

So, I guess the question is now- how does a fisherman become an angler? Well, in my opinion it lies in practice, paying attention to details and fishing even when you cannot. Practice can come in many forms whether it is from actually going fishing more often to taking a rod, whether it is a fly, spinning or a level-wind, to work and going out and practicing before, during or after lunch. I think most of us would prefer to go fishing more often. As for the details, they range from rigging and maintaining your tackle for optimal performance all the way down to knowing when the right time to use a clinch knot versus a loop knot or when it is appropriate to choose a fluorocarbon leader over monofilament. Some of these details can be learned by fishing when you cannot. By this I mean, head over to Fishing Tackle Unlimited or another favorite hangout of anglers and see what you can learn or pick up. Another way to accomplish this is to read books about the subject that you lack knowledge in. Again, there are so many details that I cannot even begin to touch on them all. The simple point is, practice, pay attention to the details and become a student of angling. By doing so, you will enhance the fishing experience and some day. . . you might just become an angler, if you are not one already.

Until next month. . . enjoy the cooler weather and stuff like that!