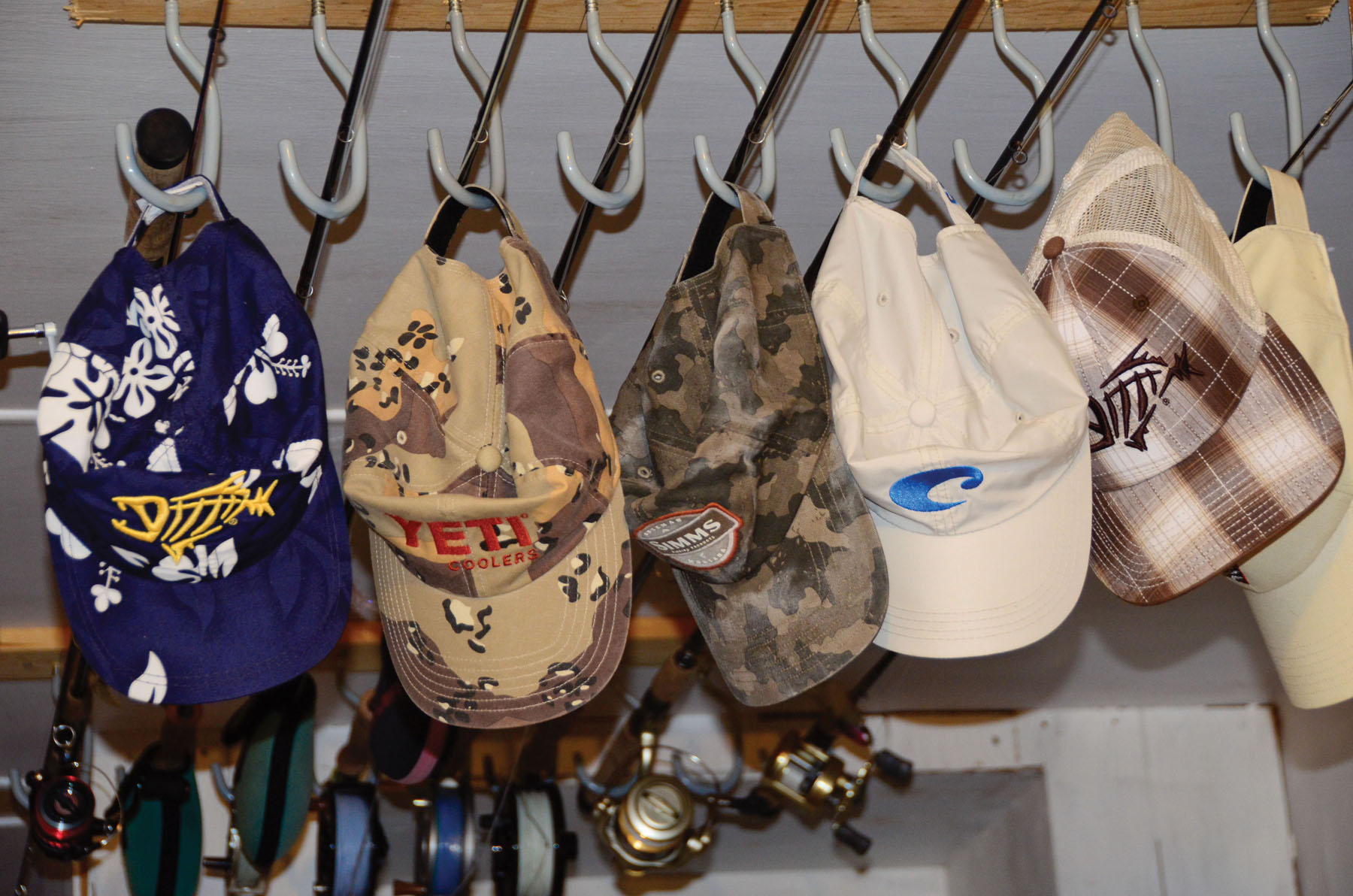 "So what is it exactly that you do for a living?"

I have fielded this question many times and I never really had an answer other than I am just a dumb ol' fishing guide who occasionally takes and sells a picture or two to a magazine. Then one evening last spring while lying in a tent in the Everglades trying to sort through all the thoughts that represent the pure chaos that is my mind and, of course, trying to fall asleep, I came to realize what my true profession is. I am a fishing hobo!

Now many might wonder how I can find that to be such a significant revelation. The answer is remarkably simple in that in a weird kind of way, my life somehow contradicts the typical lifestyle of a Texas fishing guide. You see, over the years I have tried to live a normal life, well as normal as a guide's life will allow. But as you can imagine, I have continued to fail. Why? Because I just cannot sit still…especially these days. I just find it necessary to move around as much as possible.

As the years have passed, the waters that I call home have begun to shrink. I do not see how, considering that Al Gore has told us over and over that the waters are rising, the simple fact remains that there are more and more people on the water these days and many of them are beginning to fish the way I do, a fact that I do not particularly care for. Do not misunderstand me, I do not begrudge them one bit for doing it, it is a great way to fish however, I need space. And, more often than not, the only way to find it is to go somewhere else. Something I seem to be doing more and more of. However, more often than not, I just seem to leave one circus for another and the only thing that ever really changes is the clowns.

For years now, in order to keep my sanity (many would argue that I never had any) I would hook up to the skiff, jump in the truck and take off to the Everglades or Louisiana for a couple of weeks to avoid having to be checked into a place with rubber walls. On top of these trips, I realized that frequent flyer miles are wonderful medicine for treating my restless soul and so, as often as possible, I am off to Florida (next week) or some other country (Belize in August) to make a cast to whatever. These escapes have always been working trips that would either allow me to do some guiding or photo making to justify the expense. Most of the time I come out ahead, but occasionally, I will only break even or lose a little money. Still, even when I have not made money, seeing different things truly keeps me going.

Something else that has really kept me sane is the fact that, while I am a fishing hobo, I am a fishing hobo who wears a lot of different hats. Hell, just being a guide requires changing hats several times a day. One minute you are a guide and the next you might be an instructor, a medic or even a marriage counselor from time to time. Some days require guides to put on the meteorologist hat to try to predict what the weather is doing and later that day putting on the mechanics hat to work on an outboard. For me, I wear all of these hats, plus a few more. There is the guide hat and all the others that go with it and then there are the others- product designer, photographer, journalist, feature writer and columnist.

It is that last hat that I want to focus on for a bit here. For a while now I have been doing this column for what started out as Gulf Coast Connections and is now Texas Saltwater Fishing Magazine. In fact, I estimate that if I have not reached 100 published works in this rag alone, I am getting pretty damn close. Unfortunately I am growing restless as I have found it difficult to come up with meaningful things to write about every month and recently discussed with E.J. the possibility of ending my tenure with the magazine so that the readers can get a new perspective or at the least something else new. Over the years I have done my best to keep it fresh, fun, informative, sometimes personal and most importantly real. I know I rarely was able to get it all done in one issue and probably even failed to achieve even one of them on more than a couple occasions. The fact is, I have been finding it harder and harder to be the "realist bitch" (I was flattered Mike) that is expected of me and have not felt like I am putting out a consistent, quality product so… this is going to be my next to the last "According to Scott."

So, figuring that I was going to be hanging the "realist bitch" hat up for a while, I decided to get this fluff piece out of the way and go out with a bang. In the next issue I am going to put it all on the line and put something out there that I have been considering for years. It is a subject that I believe deep down and it is controversial enough that I might even loose a couple of friends over it but, hey… it is only my opinion.

Now with that being said, my intentions were to walk away from TSFMag so that I could focus on other aspects of the fishing business but, our illustrious editor has other ideas and has offered me a new hat fresh out of the box so, I am going to try it on and see how it fits.

Until next month… be good and stuff like that!