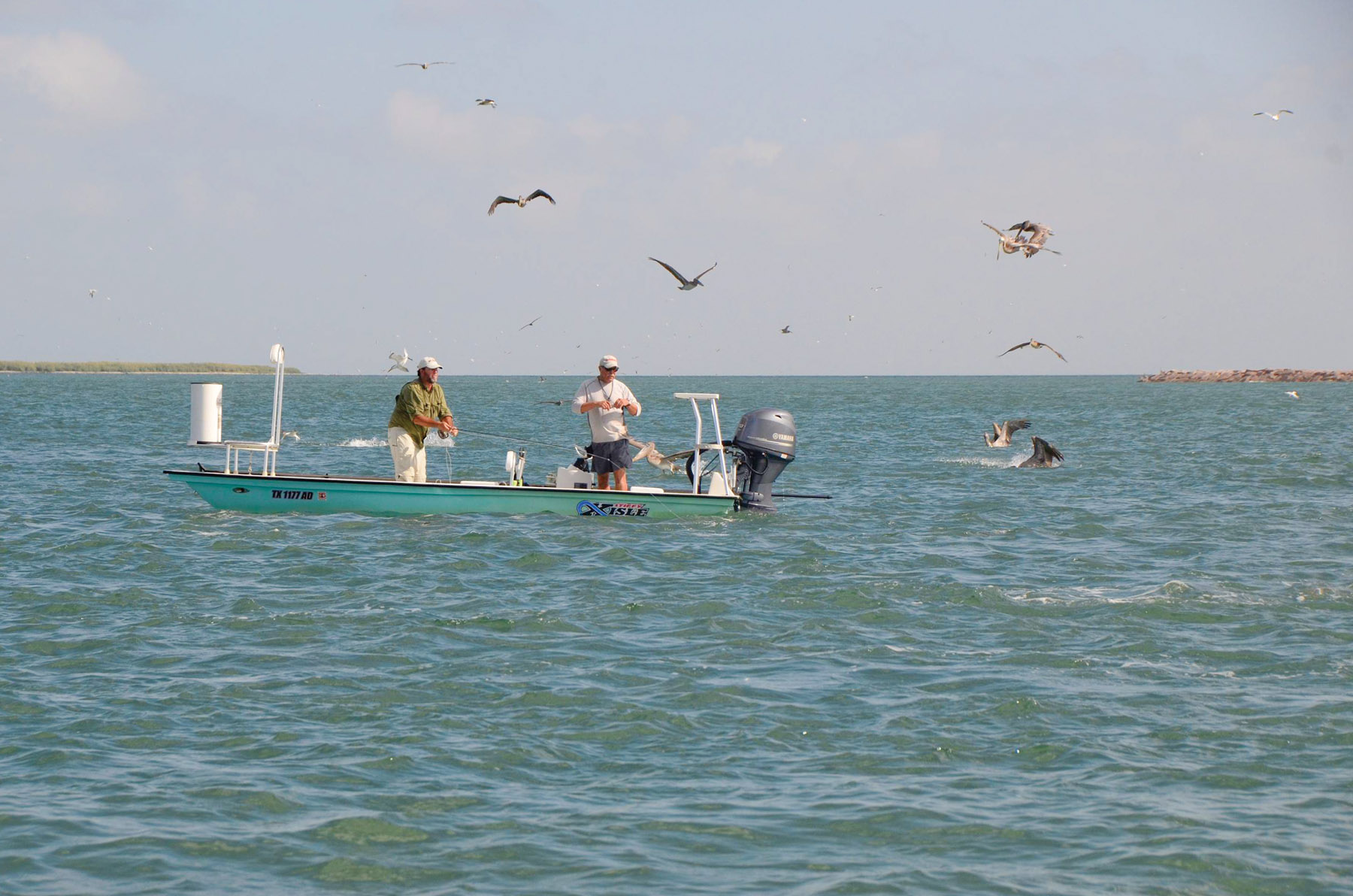 Notice there is no rod in this guide’s hands.

guide: one that leads or directs another's way

Over the last eight years I have written about any and everything I could think of in regards to fishing, some of it serious and some, well not so much. However, there is one subject that I have barely only touched on. It is something that I strongly believe is happening but I always shy away from it for fear of alienating good people and that is discussing the impact that fishing guides are having on our fisheries.

Now, before I go any further, I want to preface this with acknowledging the fact that a good portion, if not most of the guide community are damn fine human beings who are just out there to make a living. They mean no harm, although they are all, myself included, partially to blame for what has become of our fishery- both good and bad.

First, let us take into account the fact that 90% of the boats on the water would not have a clue where or how to fish if it was not for the guides. The reasons for this are many. Let's face it, most of the locations and techniques utilized to fish them were discovered and/or developed by guides. Simply put- most guides are good at what they do. They have to be because their livelihood depends on it and the populous knows it. That is why, when people are out fishing, they watch what the guides are doing and imitate it. This could be identified as the first major problem from within the guide community.

Remember, I said most guides are good people. Some guides have a very selfish attitude towards the resource in regards to how they utilized it and that attitude is learned by their customers and others who are observing what these guides are doing. For example, the term "burning" was coined and popularized by a group of fishing guides on the middle coast and the practice of "rodeoing" fish was developed down in the Lower Laguna many, many years ago. These practices were not that detrimental 20-30 years ago when there were a lot fewer anglers trying to enjoy a public resource. Well, things have changed as more and more people have flocked to the coast and now these methods for locating fish account for 80% of all disputes on the bay or dockside. The problem now is not so much the guides doing it, although many still do, but their customers who went out and bought a boat and started doing what they saw their guide do.

Another example that comes to my mind was a photo I saw of a fairly large tarpon that was caught off the mouth of the Brazos River by a relatively novice angler and acquaintance. He sent the image to me and then gave me a call. He was so excited and proud. We talked about it some and then I asked what he caught it on. "Well we went and caught a couple of trout and put them on a circle hook and tossed them into schools of rolling fish," he told me.

Shocked, my reply was, "Dude, that is against the law. Why would you use trout for bait?" He then proceed to tell me a story of how he was talking to a guide down in Port O'Connor who told him that a trout was one of the best baits for a tarpon. Just another poor soul who has been misguided- pun intended.

I do not know where I heard or read this, but several years back, I came across information inferring TPWD estimated that guides and their customers are responsible for nearly 40% of the catch brought to docks in Texas. Now I do not know if it is true or not, but it seems a realistic number, at least to me. Again, guides need to be better than the average fisherman or their career will be short.

The problem with this is the fact that, here in Texas, most guides fish alongside their customers and in a lot of cases, contribute to their customer's catch sometimes to the tune of 50% or more of the box. I know a lot of guides that do this and defend the practice saying, "My customers want to go home with limits of fish and they won't come back if I am not providing that." My response to that is, "That is a crock of pure bull!"

First off it is against the law, or at least it used to be until some idiotic bureaucrat came up with the idea of a "boat limit". That is right, it used to be illegal to catch fish and contribute to someone else's "limit". However, people complained about guides keeping fish so TPWD, with their typical lack of forethought, decided to take away the guide's ten trout by creating the boat limit. This, in turn, allowed the daily bag to be ten fish times the number of anglers not including the guide- actually, a genuine effort except for the fact that, if guides had been following the law to begin with, there would have been no need to take away those fish. They never would have been there in the first place. Now it makes it easier for not only the guide to contribute the box but also the other anglers on the boat.

Now, let us examine a scenario. A group of four sports return from a day of guided fishing and they throw 40 trout up on the nails for a photo (a practice that turns my stomach BTW), yet they cast to and caught every one of them. In my opinion, their guide should be praised for a job well done. He got the folks back to the dock safe and sound and put them on a great day of fishing. Now all that is left to do is clean the fish. But what if the anglers were not very good and 25 of the 40 trout were caught, boxed, cleaned and package by the guide… what now? Well that guide just crossed the line and became a commercial fisherman. Yep, I said it. He is selling a bag full of fillets that he caught. Guides statewide do this daily and in my, and many others, opinion it is wrong despite the fact that it legal.

Believe me folks, I could give so many more examples of how the guide community, in general, is affecting our fishery and, not all of it is bad. Heck, just look at how much guides give to the biggest champion of the resource, the CCA. Donated guide trips account for a big portion of the funds needed to help protect our fisheries. Call it being responsible or even self-serving in regards to job security, for every guide out there pushing the ethical and legal limits of the profession, there are two more who are doing their best to insure the future of our fisheries.

For me guiding is about the total outdoor experience. I make an effort to learn all that I can about not only the fish and how to catch them, but also the world that they live in. I do this so that I can pass this information along to the people who choose to share their day with me. It is not about the number of baggies filled with fillets, if it was, I would have been out business a long time ago because I rarely allow anyone to keep a fish on my boat and here I am, all these years later, still guiding.

The guiding community as a whole needs to grasp the concept that it has a responsibility to the resource and all the people who utilize it. If we neglect it, we are only hurting ourselves. So, in my final attempt to have a profound effect on the world of Texas fishing through this column, I encourage all guides to take off their commercial fisherman hats and become "real" guides. Rather than taking people on boat rides to catch fish; teach them how to fish and how to become good stewards of the resource. By doing so, you help preserve our profession and help make the Texas Gulf coast a better place to be.