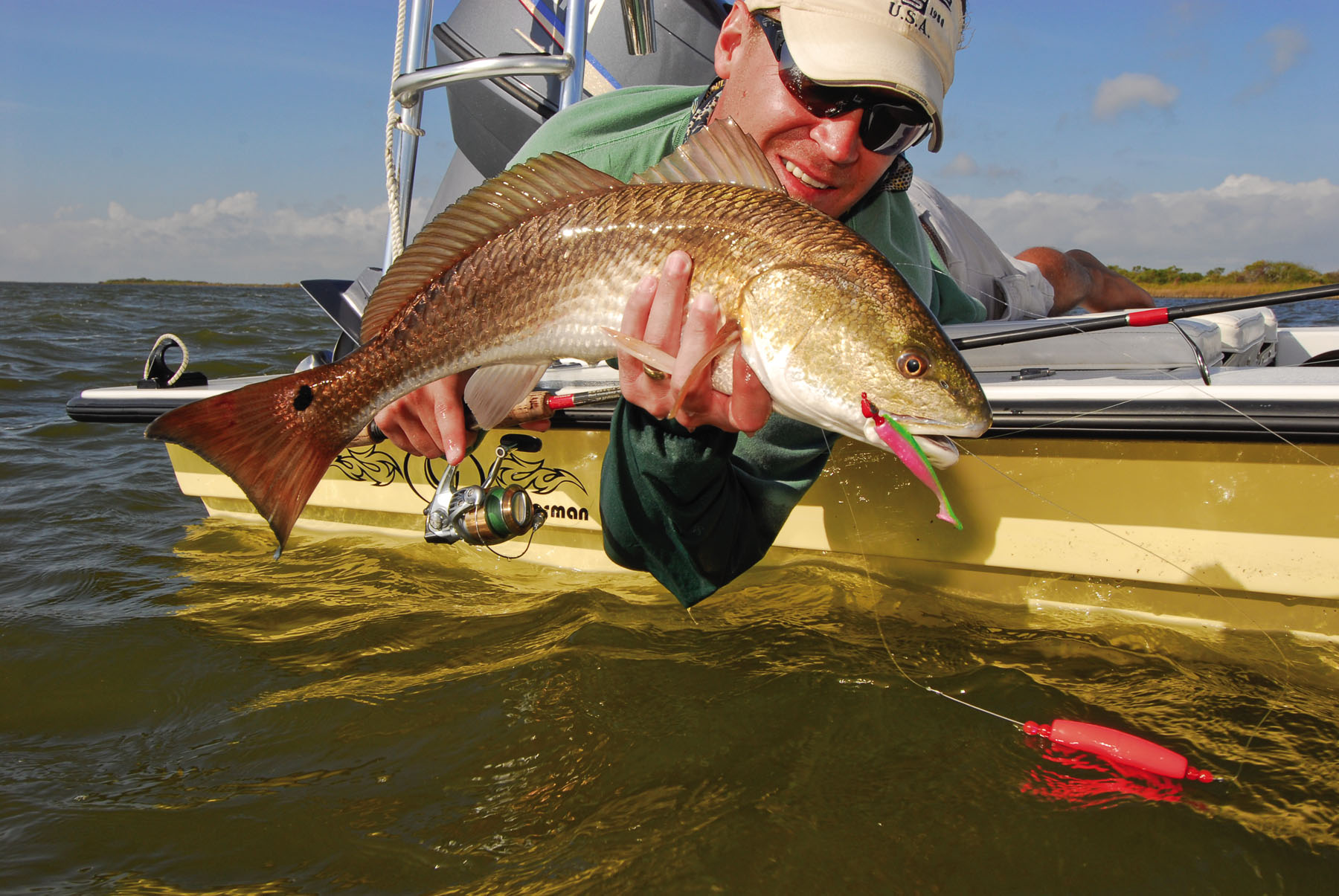 Many people do not realize the influence we Texans have had and continue to have on our nation. I could go on about the Texas Rangers, that if it was not for their needs and inputs to firearms design, we may have never known one of the greatest handguns of all time, the Colt Revolver. Then there are of course little facts such as more Fortune 500 companies headquartered in Texas than any other state. How about the significant impact our state has had on energy and agricultural markets with our oil and cattle. Again, I could go on and on but will not. I will however get back on topic and that is, of course, fishing. Many do not realize the significant impact we Texas fishermen have had on the world of saltwater fishing.

I used to scoff at a couple of legendary Florida anglers/guides when they said, "You might know how to run a boat in shallow water, but you Texans know nothing about fishing in shallow water." Well, over the years I realized how right they were. Well, sort of anyway. You see, back 25-30 years ago there was a guide down in Port Mansfield who was developing one of the deadliest shallow water fishing tools of all time. It was a little orange, foam cork with beads that slid up and down on a stiff wire that angler's would tie a short leader to allowing them to fish a soft plastic jig in shallow water just above the bottom. When retrieved erratically, the cork would slide up and down creating a clicking sound that attracted fish. In fact, I would say that Bob Fuston's Mansfield Mauler has helped more beginning and lesser skilled anglers catch fish than almost any other rig outside of maybe a gold spoon. And, while it has been many years since I have actually seen the actual brand on the shelves at any tackle store, I have recently seen three or four different incarnations by different companies and, over the years, have seen them used by guides in every state along the Gulf coast.

Moving on, I would have to say one of our most recent contributions made widely available to anglers nation-wide would be when Paul Brown's Corky was picked up by the MirrOlure people. Sure, we Texans have had easy access to that magic plug for over 20 years but, until now, they were pretty hard to find outside of Brown's garage or a couple of select tackle shops here in the Lone Star State. Now, fishermen in places like Calcasieu and the east coast of Florida will come to know what we have for years- big trout love Corkys. Oh, and did I mention, all those down in South Florida will find out what a few adventuresome traveling Texans have learned, big Everglades snook love them too!

In addition to tackle, Texas has made pretty big splash in the marine industry by designing some of the best fishing boat accessories to be found anywhere. One of the best examples is a little company in Driftwood, TX known as YETI Coolers. The brain-child of brothers, Roy and Ryan Seiders, Yeti ice-chests are not only built nearly indestructible, but keep ice for days on end. These characteristics, along with the fact that they just look damn good, have made these coolers one of the most sought after products to be found anywhere people fish.

Now, on to my favorite "Look what we Texans have done" example a while back, a shallow water angler and master of fiberglass and resins by the name of Kevin Shaw designed a push pole down in Corpus Christi. The pole was built tough and became a big hit with the few anglers that were trying to pole boats in the shallows of our Texas bays. He thought it was a good product and took it to Florida to market to the huge population of poling skiff owners. It was here that he hit a brick wall. He was told that the pole was too heavy and clunky and that he would never be able to compete with the companies that were starting to produce graphite sticks. Returning to the drawing board with a "We will just see about that" attitude, Shaw designed a push pole that was not only lighter than any of the others, but significantly stronger. Now, there are two sorts of skiff owners to be found in this country- those who have a Stiffy and those that want one. I have been pushed around flats from New York, down the eastern seaboard, in the Keys, all along the Gulf Coast and even in Hawaii and there is always a constant- the push-pole being used was not only designed in Texas, but it was made in Texas. Heck, that is even better than being "Made in the USA!"

Now, thinking back through that whole "Texans not knowing how to fish in shallow water" thing, it occurs to me that we might be learning. I know that those Florida luminaries are thinking that very thing while they pole around on the flats using a Texas-made push pole. And, I am sure they are eating lunch off the top of their Yeti wondering- "What will those boys in Texas come up with next?"

Until next month- be good and stuff like that.