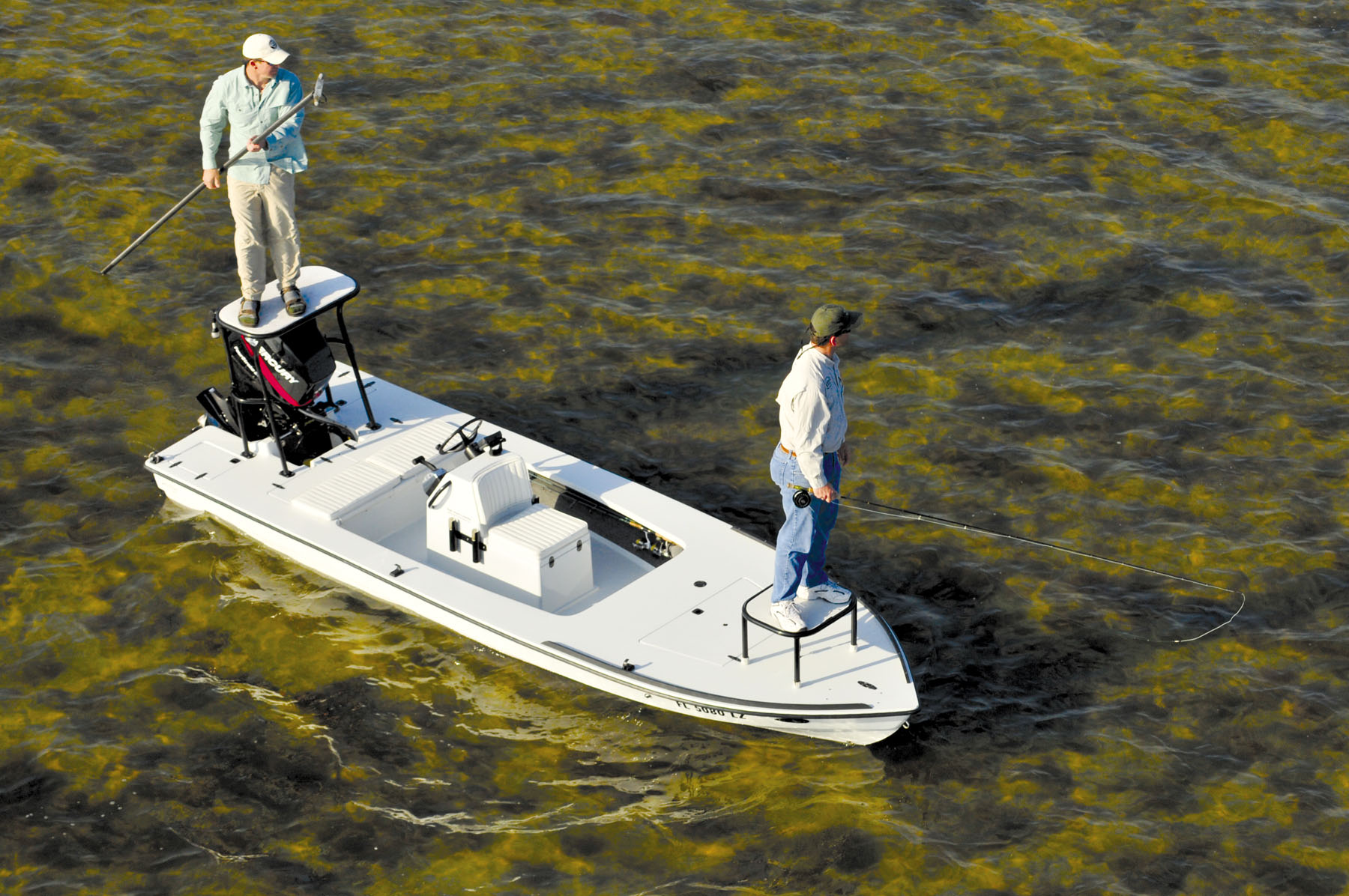 When I was a teenager, I honestly, deep down believed, that I would never be able to say, "I remember the good old days."

I thought that between the efforts of conservation organizations such as Ducks Unlimited and the Gulf Coast Conservation Association, and the fact that people were recognizing the errors of old ways; things could and would continue to get better. Boy was I ever wrong. You see, the one factor that I did not take into account is the out-of-control boom and redistribution of this country's population. This increase and shift delivered a flood of new "users" to the coast.

I use the term users not to describe people from the urban underground who use illegal drugs, although the allure of fishing the coast certainly gets people hooked (pun intended), but to describe the people who come to the coast to use and enjoy all that the Texas coast has to offer.

Years and years ago, these users were lumped into one big group. And, while I am sure they were labeled somehow, I will refer to them collectively as coastal enthusiasts. These people, who fished, duck hunted, sailed or in some cases, just went for a walk on the beach, mostly got along famously. In fact, not unlike today, some people took in more than one of the previously mentioned activities. Then, sometime down the road, something happened that divided this group.

And, many years later, we see the fishing community continue to splinter into so many factions that we hardly know where we fit in. In short, we are no longer just fishermen.

In today's world, fishermen are categorized and labeled based on the way they fish. Examples are wade fishermen, fly fishermen, kayak fishermen, airboaters, drift fishermen, pot lickers (bait fishermen) and tournament anglers. Now what is funny is that these labels, while originally intended to identify primary methods, are now days often used in a negative way. In fact, it is not uncommon for labels to be preceded in conversation by a derogatory explicative. The point is, as a rule, wade fishermen do not like airboaters, kayakers do not get along with drift fishermen, fly fishermen are typically considered to dislike everyone and, I know many that have nothing but the worse things to say about tournament fishermen.

I am not certain where I fit in as I have worn many hats over the years. I have been called many things, some not nearly PG-13 enough to print in this publication and, for the most part, I am pretty much okay with it. And, while my fellow fishermen have the right to like or dislike me personally, I am not okay with the divisions that are widening within the fishing community. In fact, it is division that could eventually destroy the thing we all love most. Fishing!

Years ago, fishermen from all walks joined to form the Gulf Coast Conservation Association using "Save the Redfish" as their war cry to accomplish one of the greatest resource conservation successes ever recorded. In today's world, I wonder if we could get enough fishermen to agree any issue or course of action that could or would have such profound effect on anything. With that being said, it is time to look at some issues at the fore of coastal fishing in Texas.

Two of the biggest issues facing the fishing community today are the decline in our fisheries and the growing conflicts between the users. I believe they are directly related.

You see, back when fisheries managers enacted bag limits that are still law, I doubt very seriously whether they could have understood or even predicted the pressure on the resource we see today. Not only has our population grown and to some degree shifted toward the coast, but the average fisherman now enjoys a much improved income and lifestyle and can afford more days on the water. And, through enormous advances in technology, there is no way they could have known how efficient we would become.

There used to be an old saying, "ten percent of the fishermen catch ninety percent of the fish," and I would agree it was probably pretty accurate twenty years ago. But now, with all the information and technology available, the playing field has been leveled. Think about it; between the internet, cell phones, GPS, Google Earth, photo charts, better boats, motors, rods, reels, lines and lures, the fish have nowhere to hide. I hear it daily, "Where are all the fish?" Well, we have caught them all or, we have driven them from the shallows. Who really knows?

Catching all or at least the majority of them (I'm talking speckled trout) would have seemed far-fetched ten years ago. Yet how else might we explain so many mid-coast drift-wade trout guides now targeting backcountry reds? Wade-drift trout fishermen, guided and non-guided together, by far comprise the majority of Texas coastal anglers, always have. It seems that lately, though, the only time they go trout fishing is during "croaker" season. The rest of the year they are drifting or staked out in the backcountry and shallows hoping for reds. How long will it be before this shift in effort can be seen in the fishery? My take I think it already is.

Please understand; my intention here is not to single out guided effort. Now days, we are seeing trout fishermen who rarely or never used a guide to fish the traditional knee to chest deep haunts of the speckled trout moving into the extreme shallows historic turf of the hardcore redfish angler. Fewer redfish are being seen and/or caught and the grass flats and lakes are covered with prop scars. Conflicts between the user groups are becoming increasingly common as both guides and non-guided sports run the shallow bay-fronts and lakes in their tunnel-hulls and airboats "looking for fish." And then of course, there are those who run circles around the redfish and stop to throw a couple of baits, only to repeat it in 15 or 20 minutes, all the while rendering nearly every area they enter unfishable for hours and sometimes the rest of the day. And, while many want to blame it on the airboats and tunnel-hulls, remember, it is not the boat but the operator that decides to burn a flat or rodeo the redfish.

I guess what I am trying to say here is things are getting out of hand and it could be to the detriment of us all. It is just a matter of time before regulations will come down to govern the way we access the areas we like to fish.

For example; there is a group known as Texas Wade, Paddle and Pole that would like to see the implementation of Low-Impact Fishing Zones. These areas would be set aside for those who like to wade, paddle canoes or kayaks and for those who enjoy poling a skiff. The operation of internal combustion engines would not be allowed inside the zone. I for one support this concept and would welcome the implementation of these types of areas along the entire Texas coast. However, rather than getting the state involved, I would prefer to see it happen through policing ourselves. There is no reason, through common courtesy and peer pressure on those who refuse to acknowledge and respect other's space, we cannot create areas where anglers can fish and expect not to be run over by inconsiderate boaters. Imagine that to go fishing without worry of being burned or wonder if someone burned the flat an hour earlier. If we do not possess the wherewithal to handle this ourselves, I believe TPWD could some day intervene.

I for one am tired of having my day ruined by inconsiderate boaters. And, personally, I do not wish to see the state stepping in and regulating us but, if we do not learn to respect each other and the environment, I do not see how there is a choice. I have always said it is a privilege, not a right, to have access to all the public waters we have enjoyed for so long. Folks, we are playing with fire because privileges can be taken away.