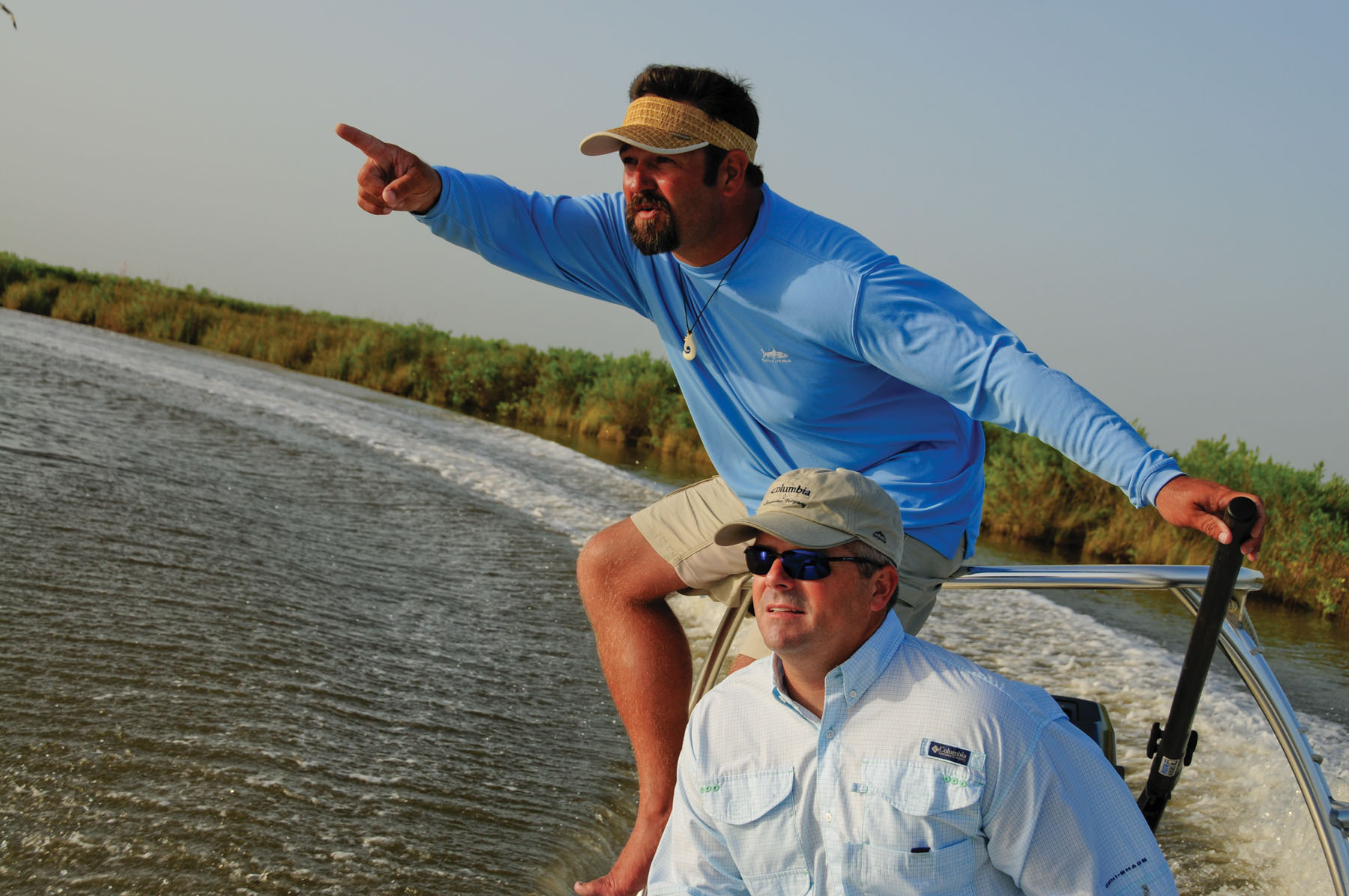 Somebody recently asked me where the term "waterman" came from. Having never seen the topic covered in TSFMag, I thought it would be a good subject to hash out so…

The simplest and most commonly referenced definition of waterman today seems to be simply that of a boatman or one operates a boat. I personally find this definition lacking and much prefer what I find in Merriam-Webster's Collegiate Dictionary - "One who works or lives on the water, a man who makes his living from the water (as by fishing), one who plies for hire usually on inland waters or harbors." I think of it more as a title than a mere description of an occupation - a moniker to be earned.

In regards to the history of the term, the word waterman was originally used as far back as the eleventh century to describe smugglers who used small boats for transportation on waterways in England. These smugglers were men of great skill on the water. When the Chesapeake Bay of Virginia was settled by the English, the word took on a new meaning. It was given to the men and women who made a living by harvesting the bounty of the bay and its many estuaries for sustenance and also for income. During the warmer months the watermen of the Chesapeake harvested crabs and finfish and during the colder months they would harvest oysters and shoot ducks for market. And many, to supplement their livelihood, guided wealthy individuals to sport and adventure.

To this day the title of waterman is still widely used in the Chesapeake region but you seldom hear it used in Texas. Regardless, there have been watermen working the waterways, bays and estuaries of Texas since the beginning of time.

Of course the first watermen in Texas were the Native Americans known as the Karankawa. The Karankawa were greatly skilled at harvesting the bounty of the bays and estuaries which can easily be seen by artifacts found at any one of a number of Indian mounds uncovered by archeologists up and down the coast. They were of course followed by the settlers of this great state. Many who arrived by way of the Gulf made their home near the coast and before long had taken to the water and developed the skills to feed their families and to earn a living and some, like their Chesapeake Bay contemporaries, became guides.

Over the years, I have read numerous accounts in old journals and collections of letters from sportsmen regaling the tales of the Texas watermen that would depart Corpus Christi by sail, navigating through the bays to reach Matagorda Bay. Once there, they would guide sports on the grandest of outdoor experience which not only included hunting the bountiful waterfowl of the time, but also quail and deer. At night the sports would sit down to the finest meals prepared by their guides that included not only game from their hunts but of fresh fish, shrimp and oysters that were harvested along the way. To read these stories you would think that these individuals were sitting down at the finest of modern sporting lodges and not on an old wooden boat that pitched frantically in a gale or that leaked gallons of water in a driving rain.

By all accounts, not every person that makes their living on the water can or should be considered a waterman. For example, just look at the commercial fishing industry. When you see a shrimp or oyster boat out working a reef or hauling their nets, some of the men on deck are nothing more than hired hands and strong backs. It is highly likely though, someone on that boat, usually the captain, has learned the skills to get the job done and get his ship and crew back to port in the most dire of conditions.

What sets the true waterman apart is his or her skills. In the old days, these skills ranged from not only being able to safely operate a boat or skiff in the harshest of conditions but also to having an intimate knowledge of the waters they worked and the ability to care for their catch or harvest. In addition, many watermen built their own boats, mended sails and nets and some were even masters at carving waterfowl decoys. And, once the age of machine and mechanism arrived, many learned how to make effective repairs on the water allowing them to make it back no matter what the circumstance.

As we all know, over time, things change and that could not be more evident than if you look at the people who make their living on the water in the 21st century. There are of course those, like myself, who are trying to hold on to some of the older traditions but, find it difficult as technology invades our lives.

Over the years the role of the waterman has shifted. Where before, most that worked on the water did so to harvest and sell their catch - now days the true commercial fisherman is being replaced by the fishing and hunting guide. The skills of most modern-day watermen would likely not even begin to compare to the watermen of the past.

The modern waterman's, if they even deserve the honor of being called such, lack of knowledge is supplemented by technology and commerce. The intimate knowledge and ability to read the water and navigate safely has been replaced by GPS and sonar as well as by computer maps and satellite imagery that can be pulled up on a cellular telephone. Sails, oars and push poles have been replaced by powerful and efficient outboard motors and electric trolling motors. As for the equipment necessary to perform a specific job, there is no longer a need to be able to make anything. We have mail order catalogs and the internet. And, unlike the days way back when, there is almost no fear of being stranded by weather or mechanical failure and being alone on the water for possibly days before another boat comes along to provide assistance. Now days there are boats everywhere and if one does not come by soon enough, just pick up the cell phone.

We who make our living on the water today have it easy. But like those who came before us, we love the water and choose to make our lives here. Hopefully enough will recognize the need to preserve the traditions of old and in turn, it will make us better watermen.