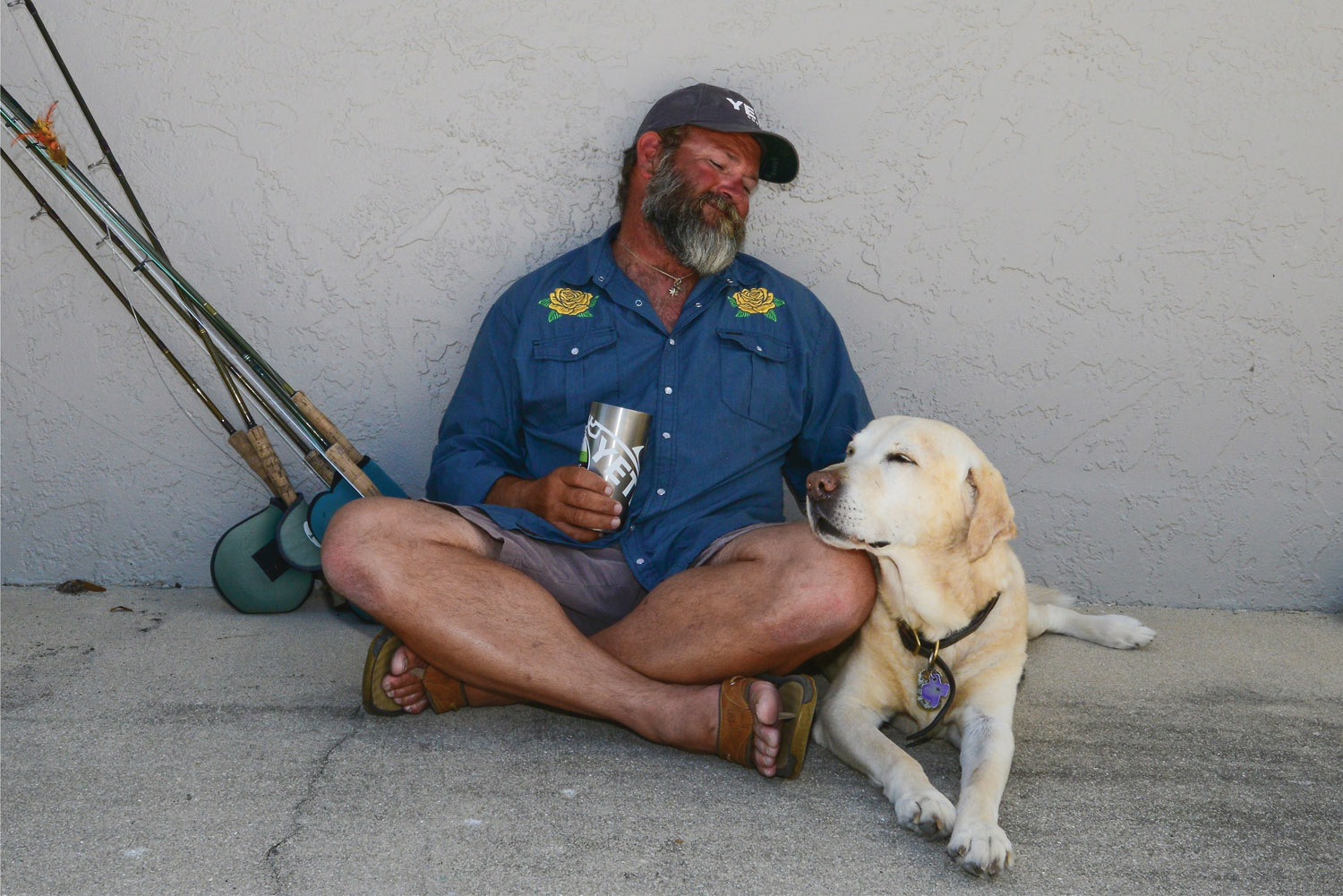 I never thought I would experience a year as crappy as 2001. I lost my father that summer, then 9/11, and on November 7 I buried my chocolate lab, Major, by the light of a full moon.

Laying Major to rest, I locked myself in my fishing cabin and remained for nearly a week, in misery. Then one day our illustrious editor E.J. and a mutual friend, Raymond “Kutch” Albrecht, literally broke in and Kutch grabbed me by the ear like my grandfather used to and dragged me out of bed. E.J. looked me square in the eye and said, “Get your ass out of bed; we’re going fishing.”

The fishing was memorable, E.J. caught a 7-pound flounder, and just what I needed. It did not make me forget my heartache but it brought me back into the world.

As you all know, one of the “social contracts” we agree to when we accept an invitation to go fishing with a friend is to engage in conversation. Actually, I was told to listen, and received a lectured on how I needed to get another dog.

The lecture continued until January 4, 2002. After months of listening to him and other friends, I finally contacted longtime friend and breeder, Linda Palmer Weld, owner of Pecan Acre Kennels (Classic Labs). In July I picked up a little ball of gold and white love who instantly pulled me out of a deep, dark place.

To be honest, without Major, I had lost interest in hunting, and was just hoping for a great companion and fishing buddy. I ended up with a spectacular companion and a damn fine retriever. As for the fishing buddy, that came later. In the early days all he wanted to do was to retrieve the fish or chase the tails.

Classic Tequila Sunrise, AKA-Sonny, eventually ended up turning into a great fishing buddy in his later years, after he realized that jumping out of the skiff was hard on his old bones. However, his finest qualities as a fly-fishing guide’s dog were not out on the water standing point on the bow of the skiff.

Sonny always made sure I was up at 4:45 a.m. and was good at keeping my bare feet warm, laying on them through long wintertime fly-tying sessions. He was also a really great drinking buddy. He never complained when I had a little too much. In addition, he was the best co-pilot ever for long drives to and from Louisiana and Florida. Oh, the stories I could tell….

Probably one of the funniest Sonny stories is the day he learned to use a credit card. You see, I had driven into Houston to make the rounds of the fly shops and load up on supplies. We stopped by the old Orvis shop to visit my dear friend, Marcos Enriques. Well back in the day (and I assume it’s still the same) dogs were welcome in the Orvis stores. Anyway, Marcos asked if I would join him for lunch. I was concerned about leaving Sonny in the truck and he said we could just let him help man the store while we were gone. He had some good folks working for him and I thought, “What the hell.”

About an hour later we returned to find all (and I mean all) the stuffed dog toys they had on display strewn about the store. We laughed so hard that one or both of us spotted our britches a little. I spent another hour trying to clean Sonny slobber off as many toys as possible but some were beyond saving. We went home with at least a half-dozen toys, and this is where Sonny learned to use a credit card. One of them, a stuffed mallard duck, is still in his toy basket today.

Anyway, like I said, I never thought a year could suck more than 2001. I was wrong.

This year, I saw the loss of Sonny Bear’s first home when the fish camp cratered during Harvey, and Irma took his last home when my place in Florida was destroyed. To top it all off, I had to say goodbye to Sonny on October 12, 2017. The Good Lord blessed me with a perfect friendship that lasted 15-plus years and, for that, I am grateful, but…

I could go on for pages about my Sonny Bear but that is for another place and time and, since they say a picture is worth a thousand words, I’ll share as many as space will allow.