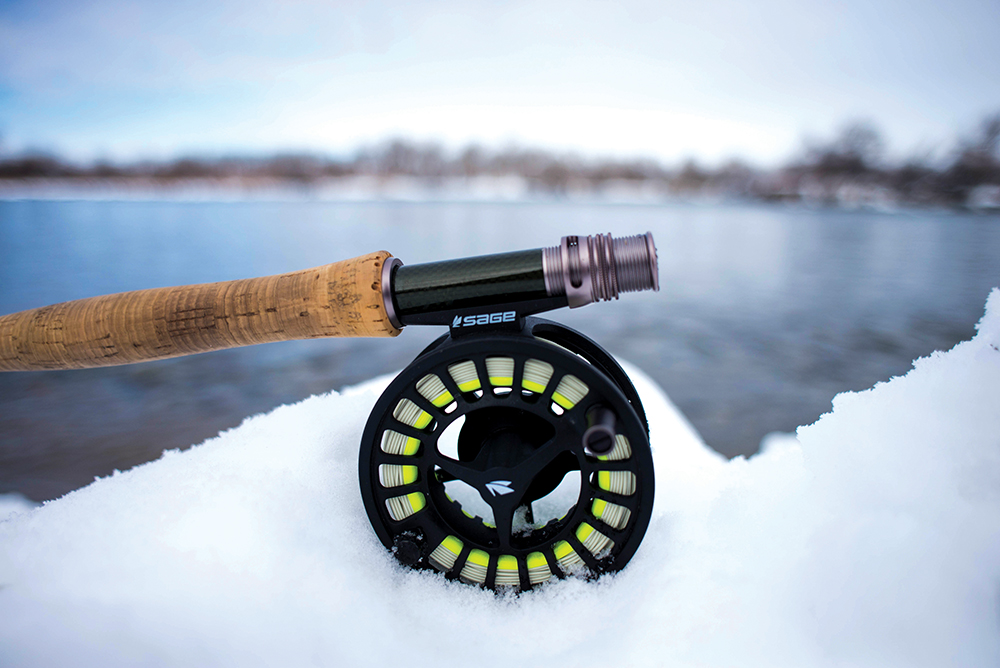 A few weeks back, I walked into work, grabbed a cup of coffee and met everyone in the office for our morning safety talk. Not long into it everybody’s cell phone went off with a message…Need volunteers for coverage at the Billings, Montana facility. I quickly checked my calendar and seeing nothing terribly important for the next two weeks, I sent an email requesting to have my name thrown into the hat. By the end of the day I was putting a travel itinerary together and within a few hours a coworker and I were on a plane headed north to Billings.

Now I typically do not chase overtime, mostly because it gets in the way of my fishing, but this would give me an opportunity to make a few extra dollars while providing a chance to explore a new state. On top of that, I know the quality of fishing that is to be had in Montana and that was enough incentive. So naturally, I packed my waders, fly rod and reel, fly box and everything else that I thought I would need with hopes to be able to catch a few trout on the Montana rivers.

When we touched down, the captain came over the intercom welcoming us to Billings and said the temperature outside was -6°F. Brrrr! Apparently this winter has been one of the worst the state has experienced for record low temps and snowfall. Lucky us!

We even had a few mornings that got down to -20°F, which was a whole different level of cold, especially for a couple of guys from coastal Texas. However, getting to witness the winter scenes of the plains and mountains covered in snow is a memory l will forever cherish.

Once we got settled in and unpacked I began to gather my intel about fishing opportunity in the region. One thing I have learned through my travels is that local knowledge can be very valuable. A little bit of information about where to go and what to throw will save you several days of guessing when it comes to fishing unfamiliar water. Luckily for me, I found a fly shop located within walking distance of my hotel that provided a great starting point.

After talking to the owner, he was more than happy to share plenty of info of the local rivers and where I should go for winter fishing. Apparently, during the time we’d be there, the Bighorn River is about the only water that is fishable due to nearly all the other rivers being covered with ice. No worries though, the Bighorn is considered a blue ribbon river, which means it is one of the more productive places in the state. On average, there are anywhere from 2500-3500 trout per mile in the Bighorn. The owner assured me that there are plenty of fish to be caught and pointed to a spot on the map as a great place to begin my quest.

Of course, work had to come first, but that doesn’t mean I wasn’t thinking about fishing. I asked around the shop and found a few seasoned guys who have spent plenty of time on the Bighorn and encouraged me that I should be able to land a few nice trout. All I needed was a window in my work schedule to break away and head to the river.

After a few weeks into the work assignment I ended up getting a day off and I was prepared to head to the Bighorn. The hour drive east was worth it in itself; the rolling hills turned into snow covered farmland filled with large groups of Canada geese, pheasants, pronghorns, and plenty of deer. It was truly a sight to behold and I was impressed before I even picked up a rod. Winding through the farm roads, I finally pulled into the boat launch, which is also a very popular wade fishing area on that portion of the river. To say I was eager to climb out of the rent car and get my gear together would be quite an understatement.

Walking down to the river’s edge I was greeted by the soft sound of gently running water and the honking of geese. It seemed we were all there to enjoy the only flowing water available in that part of the state. I had the whole river to myself and decided to try to read the water before heading in a specific direction. The river splits into three rapids at this location as it makes its way between two islands. I decided to head to the center rapids and fish the area where the three flows came back together.

I eased out onto the point of the island and began casting upstream to allow my flies to be carried along naturally with the currents. To my surprise, my third cast into the session, my strike indicator went under and I was hooked up. Getting the fish close at my side, I realized it wasn’t a trout at all but what the locals call a whitefish; a species that somewhat resembles a carp. He ended up breaking my line and swimming away but not before I got a good look. Trout or not I couldn’t have been happier.

I retied with the same fly and was shortly back to fishing. It may have been five minutes or so, once again, my indicator went under. Fish on!

This one was a much better fight and I knew that I had the fish I was looking for when it broke the surface. She put up a good fight but I was able to get her in my hands. I made a few quick photos that included the release as I watched her disappear as quickly as she had appeared.

I spent the next several hours trying but couldn’t buy another bite. I guess it happens like that but I can’t complain. I caught two fish on my first trip to the river and couldn’t have been happier.

The rest of my day consisted of enjoying my surroundings and appreciating everything that was in front of me. A new experience, I had to clear ice from the eyes of my rod every ten to fifteen minutes, and that’s cold fishing weather, especially for a Texas boy. Other than that little inconvenience I am incredibly thankful that I got to experience what I did and in a such beautiful part of the country.

Even though I am here for work I can’t wait to get back to the Bighorn!