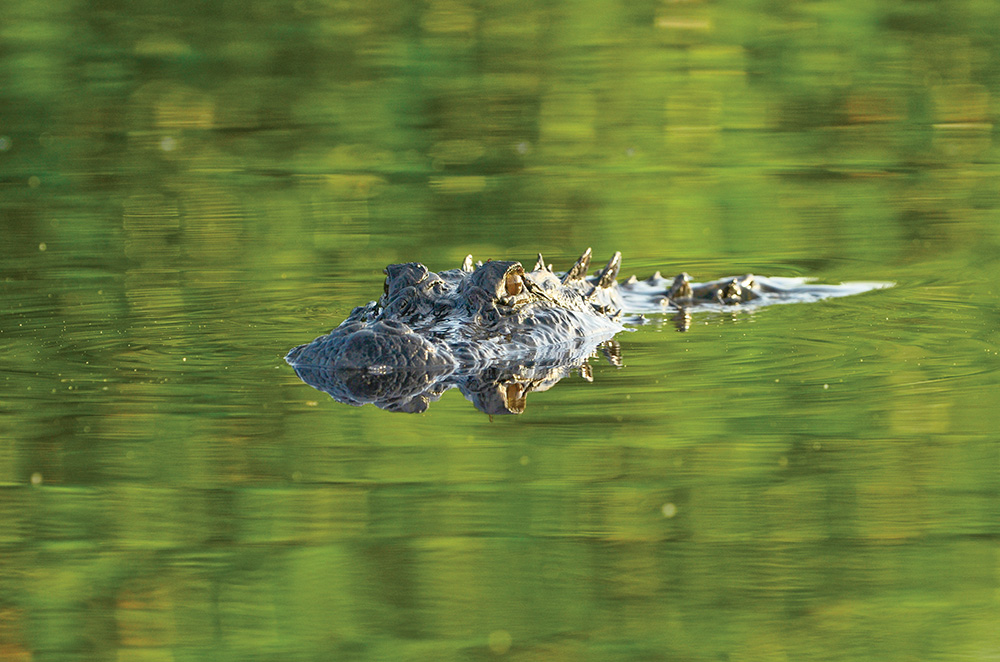 I really don't know where it all started. It may have been the days running the airboat into the extreme backcountry shallows and wading for miles and miles, looking for a redfish with its back out of the water. Or, it might have been after going out to the offshore platforms, donating numerous fly lines to some large cobia and amberjacks. Regardless, I have a passion for taking fly fishing to the extreme. Whether working hard to get into remote areas or making long runs offshore to fight big fish; I just love pushing the limits.

Now, in all honesty, this attitude has cost me a lot of money in fuel and maintenance, owning 3-4 different boats at the same time over the years. Heck, it nearly cost me my life two or three times. But, for me, it is all about the experience and going to the extremes usually provides a better experience (and better stories). Whether it is catching more fish or bigger fish or even seeing more wildlife off the beaten path; it’s what I love.

So just last week I had a sport in for three days of fishing in the Everglades. As with most people who come down to book me, he was mainly interested in catching a tarpon. Incidentally, due to numerous cold fronts the tarpon fishing was not that great prior to his arrival, and I did not anticipate it getting better. After fishing a long, hard first day and only seeing one tarpon I was able to talk him into going snook fishing in an area where we might also find some baby tarpon. He had a blast and so I asked if he might have interest in exploring a creek way south in the Everglades the next day that I have long hoped to fish but hadn’t had the chance. The trip would require carrying extra fuel and leaving before sunrise and getting back after the sun went down. He decided to go for it.

Now, before I get into the details, I will tell you the day went nothing like I expected. In fact, there were some pretty funny incidents.

So first off, I decided to launch at a small ramp on the property where I live down here to save the $25 launch fee down the road which, incidentally, proved a rather bad idea. More on that later.

We left the ramp about an hour before the sun came up and had about a two-hour boat ride to the mouth of the creek. Now this is where things started going bad. It took another hour and a half to get through the creek into the ponds I wanted to fish. In short, we were three and half hours into the day and had not wet a line.

Things went from bad to worse when I realized that I had forgotten my fly box. That’s right folks...all we had were the flies tied onto the four rods in the rod rack and a couple of rusty used ones I had stuck on the gunnel. I did not tell the customer this – LOL.

Luckily, I did not forget my gear bag and had a hook hone to deal with the dull hooks.

Anyway, the fishing was pretty good in that we landed numerous baby tarpon, one decent snook, and even a handful of largemouth bass. And, luckily, we never ran out of flies.

In addition, we saw two river otters and a nice eastern diamondback. My customer was pumped, and it was now time to go, or so I thought. I tried to start the engine. Yes, you heard right.

Apparently, I had burned a whole tank of fuel on the way down and I had exactly 10 gallons of extra fuel to fill a 12-gallon tank for the return trip. I am guessing you already see how the day was going to end. Anyway, I started looking at my charts to find any available short cuts and we were up and running – sort of.

Now, when slowly navigating these small creeks there are always low-hanging tree branches. Because of this, I tell my customers to pay close attention to avoid getting whacked in the melon. I should have payed attention to my own safety briefing.

About halfway through the creek a branch caught my shifter and knocked it out of gear. Naturally, I turned around and put the engine back in gear and then turned to look ahead when…whack. Right in the face. SPLASH! Sure was glad I was wearing my kill switch.

Back to the fuel situation. I had planned to fish a few spots on the way back but knowing we were short on fuel, I decided to skip that and also cut back on the throttle, which made for a longer boat ride. Long story short, I ran out of fuel about a quarter mile from the ramp just as the sun was going down. I was then wishing I had paid the $25 launch fee as we had already motored past that ramp two miles back. Luckily, the water was shallow enough to pole the remainder of the way.

All in and all done, the day was a huge success in that we caught fish in a new spot and made it home safely – save for the bark rash on my cheek. Now all I can do is think about what’s next.

Maybe fishing my way across Florida Bay from the 'glades to Key West. That would definitely qualify as extreme in a flats skiff.