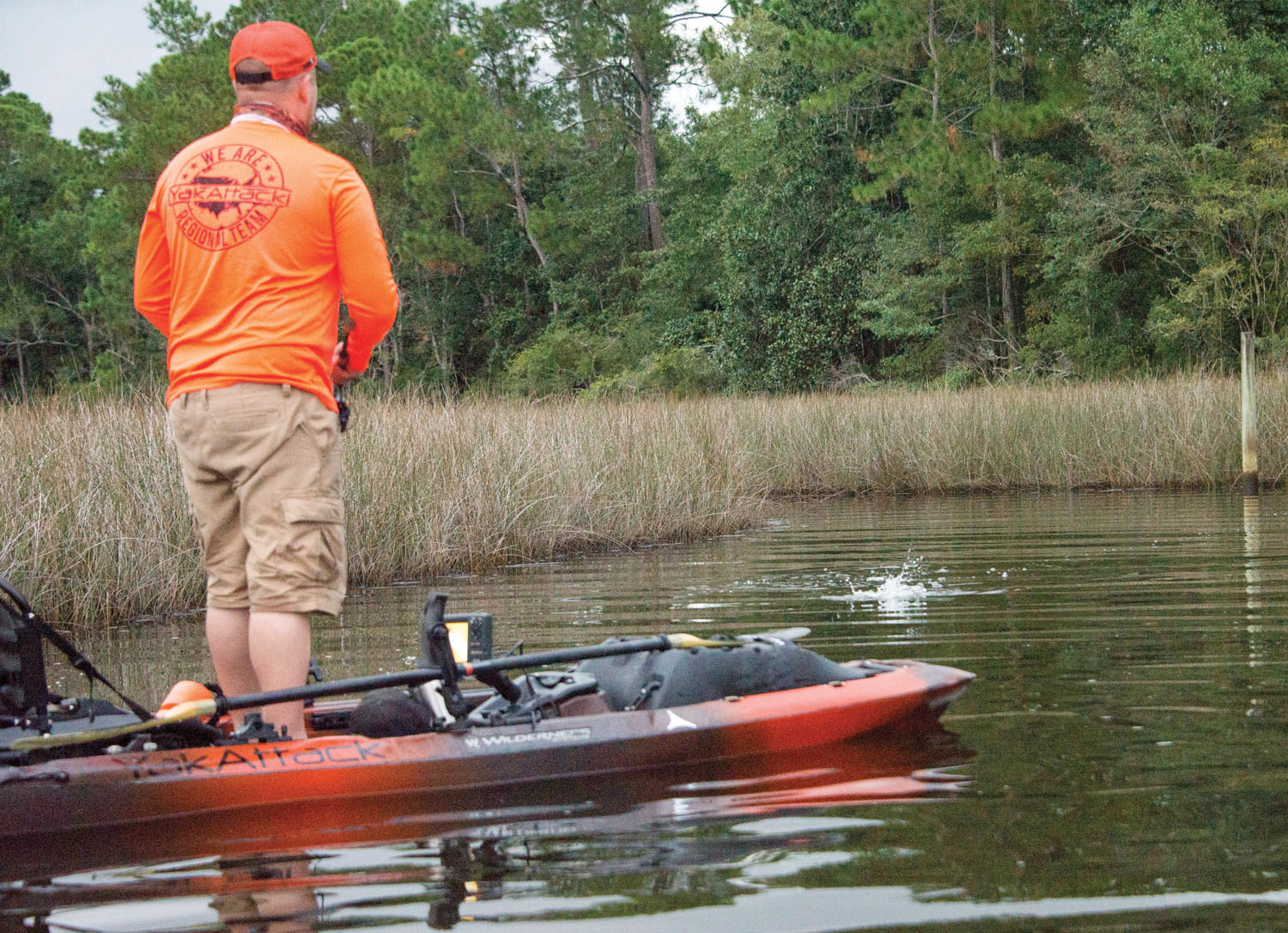 This is usually how it begins. The idea of going on a road trip gets brought up in conversation and for whatever reason the plan never comes together. However, the real fun begins when the discussion includes dates and destinations.

Hitting the road to a new destination with a group of friends is always a recipe for great memories. Some of the greatest times in my life have come from road trips and exploring new areas. When it comes to making a trip, half of the fun is fishing while the other half derives from being in good company. Time spent together off the water is often just as much fun as the time on the water.

Last year, I was sitting with some friends and they were discussing their trip to Florida the prior year. They already knew one of the other guys could not make it, so they offered me the opening and I accepted without hesitation. I marked the dates on my calendar and the countdown began.

One thing about making serious plans for a road trip, you can deviate from the initial plan but, no matter what, you still have to go somewhere. Like always, weather is an unpredictable element that can throw a kink in your plan. The day we were leaving for Florida, Hurricane Hermine was making landfall in the state. The funny thing was, everyone's reaction upon hearing we were heading to Florida was - You know there’s a hurricane…right?

Indeed we knew there was a hurricane but we were already loaded and ready to hit the road. We discussed our options and decided to head south to Delacroix, Louisiana instead, to try our luck at sticking a few redfish while the storm subsided in Florida.

For those who like chasing redfish, I urge you to load up this summer and head to southern Louisiana. It is full of redfish and perfect for kayakers. Along the way there, we stopped for boudin balls, crawfish pistolettes and fresh pork cracklings. The local food you will encounter is another great aspect of road tripping. We arrived to our lodge and immediately unloaded the kayaks and hit the water. We caught several fish that evening and again the next morning before hitting the road to our final destination.

After a long day of driving, we finally arrived at Navarre Beach, Florida. We met up with our buddy Seth who my friends had met a few years back when fishing there. Seth was kind enough to open his home to us for a few days. Our plan was to hit the surf every day in search of snapper, kingfish, Mahi-Mahi and the possibility of a sailfish. Surprisingly, the weather forecast for the next few days showed light north wind and smooth seas; a perfect scenario for doing some BTB (Beyond the Breakers) fishing.

We eagerly rose early the next morning and decided to double-check the forecast and wave predictions. Of course, the weatherman was wrong and the wind had picked up during the night. We quickly decided a better plan would be some more sleep, late breakfast, and then hitting the inshore lakes. Seth insisted that we head to a favorite diner just down the road, and he nailed it. Alphy’s Family Restaurant served up one of the finest breakfasts I have ever had. Next time I’m in Florida I will go out of my way just to have their pancakes.

Sorry, back to fishing. We hit the bay only five minutes up the road from Seth's house and worked out a game plan. Poring over Google Maps, we decided to head east to a protected pocket that included a few marsh drains. I was expecting the water to be crystal-clear but it resembled the water you would see on Sabine or East Bay – a slight brown stain but was still relatively clear. That being the case, I never changed lures from Delacroix and they seemed to work just fine.

My first Florida redfish came on a Spro Frog along the edge of a grass line; after all, they are the same fish with the same habits. We caught several fish that afternoon and it was soon time to head back to the house and prepare for the next day.

The weather man was again predicting light north wind and it looked like we had a window of opportunity. Dadgum weathermen! The alarms went off and we replayed the same scenario from the day before – wind and wave forecast, back to bed, and back to Alphy’s.

We hit a few different areas in the bay and caught fish, but it was not the BTB adventure we’d driven to Florida for. We stayed four days with high hopes every morning, only to have them crushed by the weather forecast. We all know that you cannot change the weather and it is just something you have to deal with. It’s just part of the gamble on a road trip.

We never got an opportunity to chase big fish while we were in Florida but we still had plenty of fun. Along the way, we all got a chance to fish new areas and visited every kayak shop on the coast. We ate like kings and made great memories. Oh, and we even got to spend an evening at the ER having a Skitter Walk removed from Brent's foot.

You just never know what is going to happen on a road trip and I believe that is half the fun. I have a few planned this year and am looking forward to them. I will be heading to Port Aransas a few times this summer along with hitting southern Louisiana again, and also planning on going to the Everglades. If you get an opportunity this summer, grab some friends, load up the kayaks, and go fishing somewhere.

The greatest part of a road trip is not arriving at your destination – It’s all the crazy things that happen along the way.