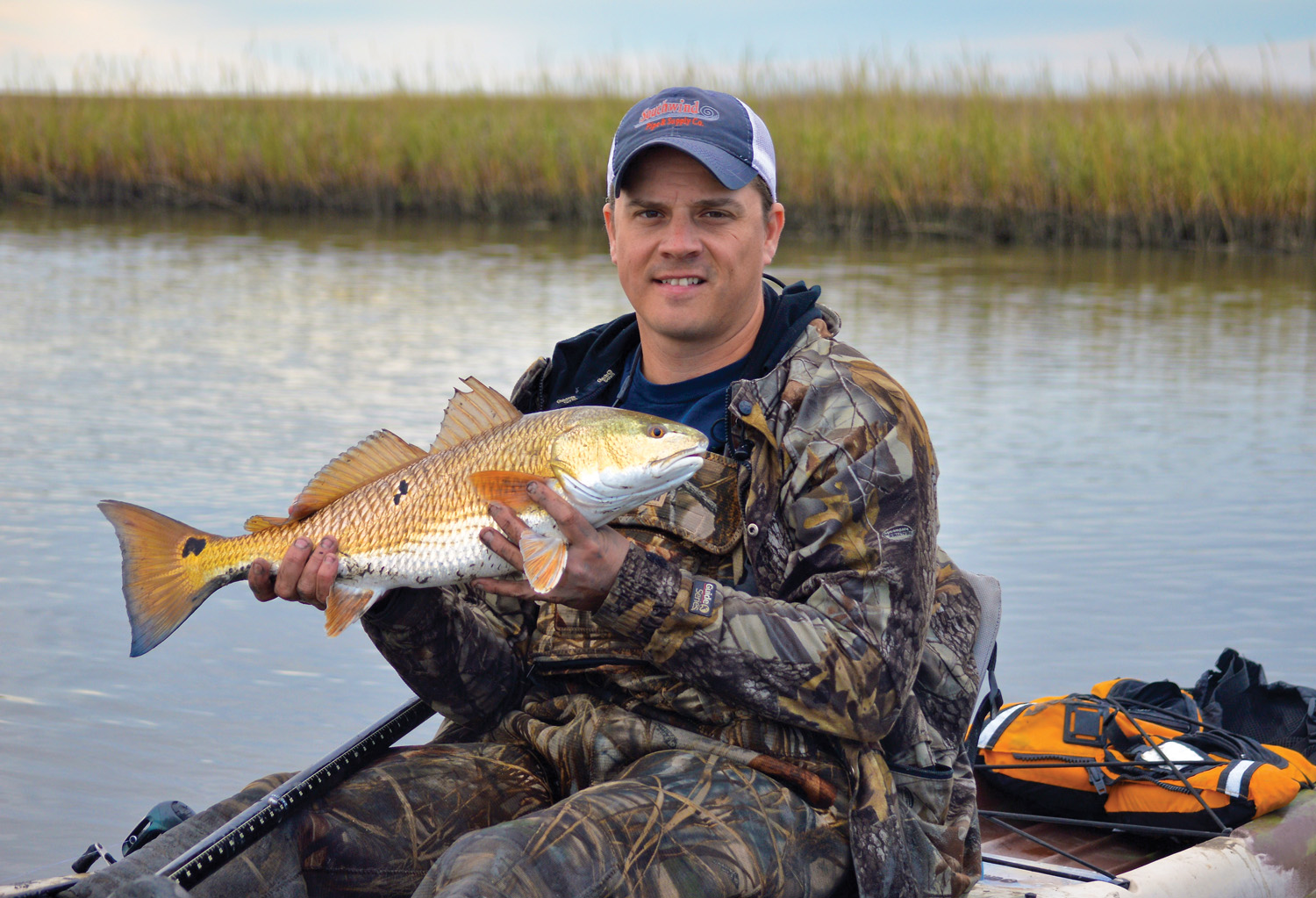 When is the best time of year to fish?

This question is an often-visited topic of discussion amongst anglers and the answer is always different. Certain variables are inevitably thrown in; target species, weather and water conditions, whether the trip is serious or we’re just out for an overall fun day. Some arguments are valid, while others could be debated; it just comes down to what kind of fishing you prefer. Personally, I am a fan of October because this is when fishing for redfish in the marsh just gets stupid! If you like to target flounder, I am sure you are going to lean more towards November. And, for trout, pick your month. However, the one month that is too often overlooked is February.

Before I started to write this article, I was struggling to come up with a topic for this month. After staring at a blank screen and pondering which direction I should take it, I just decided to grab another cold one and recollect on past trips. After digging through old photos, the forgotten days started to come back to light and the memories started rolling in. At this point is when I realized that some of the best fishing trips I have ever had came in February.

When it comes to trout and redfish, I have had unreal days in February that are simply not fair to compare with pursuits during other months. Not only were my days filled with quantity, but the quality was unmatched as well. I have also heard of people catching large flounder during this month. In fact, the state record flatfish that weighed-in at 13-pounds was caught in February from Sabine Lake. The opportunities are there, it just comes down to braving the cold and getting out there.

About five years ago, I had been studying the weather and trying to plan a fishing trip. We’d just had a good front come through a few days prior and, that Sunday was looking to be the day to be on the water. I called one of my buddies and told him to get his stuff together because everything was lining up. The temperatures where starting to rise, the pressure was coming back down, and we had a new moon. To top it all off, the wind was predicted to be very light out of the north.

I was gathering my last-minute things that morning when my buddy called, saying that his daughter got sick during the night and he was not going to be able to make it. No worries - family must always come first. Knowing that I was on my own agenda, I decided to get an extra cup of coffee and burn some time driving around Sabine Pass. I knew the flat I wanted to hit was probably not going to turn on until the tide started coming back in, about noon or so, and I had plenty of time.

I made a leisurely run and eased onto the flat. The third cast produced a healthy 5-pound trout. I sensed at that point it was going to be a great day. Within the next 30-minutes I managed to land several more trout and they were all similarly solid fish. When I landed my fifteenth fish, my buddy Stu called and wanted to join me. Without hesitation I told him to come on! By the time Stu got there I was in the upper-20s with my fish count and a majority of them were between 20- and 25-inches.

Now that I had a partner with me, the fun really began. The fishing was absolutely unreal. I still have a hard time believing what we did – and I was there! The only way I can explain it, it was like fishing the birds in October, but with the smallest trout we landed measuring 18-inches. When the action finally began to fade we had landed more than sixty trout. We were the only people on Sabine Lake that day, near as I could tell. I have yet to have a day of fishing that even comes close.

Last year, around this time, I found a day that was supposed to be relatively nice, for February. The wind was predicted to be light and the skies clear and sunny. Perfect for a long day of paddling. I started east through a bayou and I picked up a few small reds on the way to the flat I planned to target. The water level had dropped, which made spotting redfish very easy, but made for tough paddling. After investing more effort than I intended, I decided to exit via an alternate route and cut my trip short.

When I neared the mouth of my exit slough, I noticed a small school of reds pushing toward me from the adjacent flat, out front. I slowly eased forward and stuck one on the third or fourth cast. She was an upper-slot fish and fat, and I quickly got her unhooked and she swam free. I then pulled out two more of similar size before again easing forward. Venturing only a few yards, I first heard and then saw fish crashing bait along the shoreline, just around the next turn. Evidently, the receding tide had pulled all the bait off the flat and the redfish were gorging on tiger minnows. I proceeded to catch a red or two at every bend of that bayou until I made my way back to the ramp.

Now, I have had my share of bad trips throughout the year, as well as some good ones. Every month seems to hold a special memory of at least one special outing that made it all worthwhile. However, of all the seasons and days I have fished, I can honestly say that February gave me the most enjoyable fishing experience.