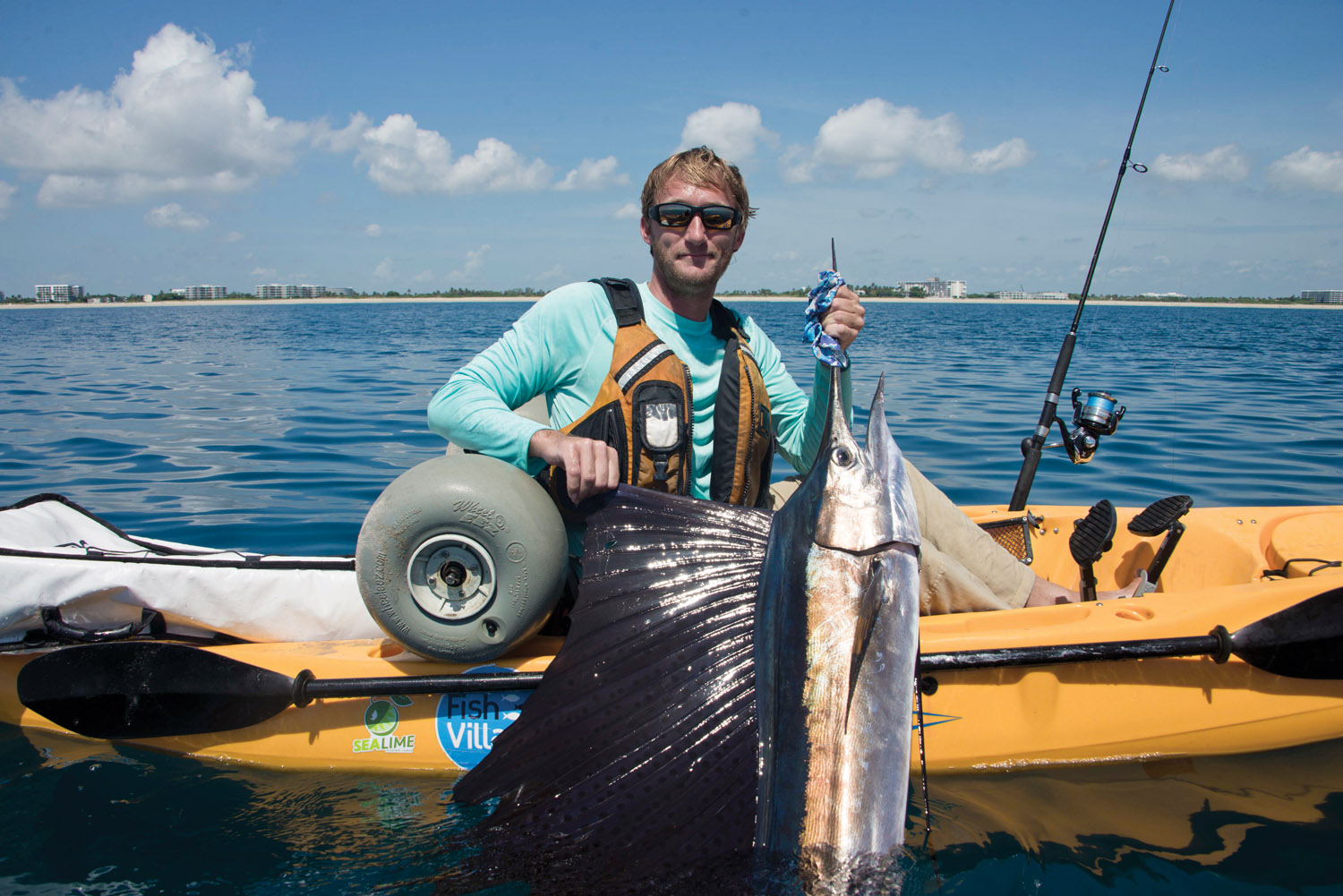 The majority of my greatest fishing adventures have occurred when I really didn’t plan anything other than simply going. A few basic bullet points – when I could leave when I had to be back. Half the fun has been figuring it out as I go with no planned itinerary. Relax, learn new water and, Lord willing, catch a few fish!

As I said in my last article, I traveled to South Florida for 10 days recently and was not really sure what to expect. Snooktopia was the second half of my trip but before I even made it there, my trip had already been monumental.

When I left Texas, the only planned events on my agenda were stopping for a crawfish pistolette in Louisiana, camping on Chokoloskee Island for five days, a guided kayak charter at Pompano Beach, and then Snooktopia. Everything in between would be played by ear. The trip to Chokoloskee took just under 24 hours to cover the 1151 miles. Arriving to my campsite, I eagerly got my tent up and hit the water.

Due to the uncertainties of my trip, I packed every piece of fishing equipment I owned. Thankful that I did, I used every piece at least once. My skiff was loaded with every rod and reel in my possession and my Cuda 14' was strapped on the side. My first day on the water was spent weaving in and out of endless miles of mangroves. How native Americans and early settlers could navigate the area baffled me – thank God for GPS!

I assumed the fish would be stacked in the back ponds of the mangrove jungle but I never could find any. As the water level receded with the falling tide I was able to see oyster reefs, which I marked on my GPS so that I could return when the tide returned and covered them. Like a switch being flipped, the rush of the incoming tide made a huge difference. I caught several solid reds and some really nice trout – but no snook. Through two snookless days I learned two important things; the fish fed when the tide was moving and sweet spots could be found along points of the oyster bars.

My last day came and I was determined to do whatever it took to catch a snook. The sky was overcast so, naturally, I felt comfortable with a bone-colored Spook Jr. By 0800 I had landed several each, trout and redfish, and hooked one small snook that shook off before I could get it in the boat. And it started to rain. With unwavering determination, I continued fishing despite the almost constant showers.

I eventually decided to make a move to other reefs I had marked in the days prior. And, as though on cue, my first snook came as soon as the tide started moving. A quick photo and release later, I proceeded to land another dozen. As quickly as it had begun, the current faded and it was over.

My first visit to the Everglades was nothing short of incredible. I spent five days fishing the waterways of a pristine mangrove forest and checked-off a bucket list species that I found on my own. I weathered a tropical storm, ran into a guy from my hometown who knew everyone I grew up with, and learned a lot about the ecosystem of the Everglades. Chokoloskee Island should be on every angler’s wish list.

Wednesday morning found me up at 0300, headed across Florida to the Atlantic side, for a day offshore with Brian Nelli of Pushin’ Water Kayak Charters. I met him at daylight at the launch, delighted to see the Atlantic as smooth as glass. We paddled out about a mile and met the bait boat for a supply of live goggle-eyes for trolling bait.

Rigging baits, it did not take long before Brian's reel was screaming. He no sooner grabbed the rod and mine was screaming. We were off to a great start with a king mackerel double hookup. We continued to troll in water that was 120- to 160-feet deep and picked up several more kings through the morning. About an hour or so before noon, Brian decided to take me closer to shore to troll the last three of our baits. He thought we might get a shot at tarpon as he’d been seeing and jumping a few recently – landing them, though, had been a different story.

As we were heading in, maybe a half mile from shore, our conversation came to a halt as Brian shouted, “Sail!” Clear as day, a sailfish swam between our kayaks. He instructed to me to just keep peddling straight ahead and let her swim back to the baits we were trolling. A few minutes passed and he picked up his rod saying that he could feel the goggle-eye getting nervous. He flipped the bail open, waited a second, and made a motion to let me know the fish was about to eat. Sure enough, he told me to get over there quickly and I hastily made my way to him.

As soon as I was within arm’s length he flipped the bail down and handed me the rod. The fight was on immediately! I hung onto the rod with all my strength and looked up to see a huge sailfish tail-walking, completely out of the water, and showing no sign of slowing down.

She ran off every bit of 200 yards of line and made several impressive jumps. I knew after the fourth jump that she was hooked solidly and it would be only a matter of getting her alongside the kayak. Brian coached me to keep pressure on the rod and peddle towards her. “Do not stop,” he said, “until you have her alongside.”

I passed my camera over to him and continued peddling and cranking. I was in awe of her beauty as she came to the surface and totally overwhelmed that I was about to land a sailfish from a kayak.

She made a few good jumps beside the kayak and as she tired I was able to grab the bill. I quickly removed the hook, posed for several hurried photos, and began the process of reviving her. A few minutes later, feeling her strength returning, I pushed her away and watched as she faded back into the depths of the ocean. Brian and I exchanged a few high fives, recollected the past 20 minutes, and decided to call it a day. Without a doubt, one of the most memorable experiences that I have ever encountered on the water.

All of this took place before I even made it to Snooktopia. Between the Everglades, the kingfish and sailfish, and giant snook I wrote about last month, I felt that my trip to South Florida was honestly a trip of a lifetime. I may never be able to duplicate the success of that trip and I am still astonished that it went half as well as it did – given that I had pretty much winged nearly everything between leaving Texas and returning. I will definitely be going back next year. South Florida is a beautiful place and full of incredible angling opportunity.