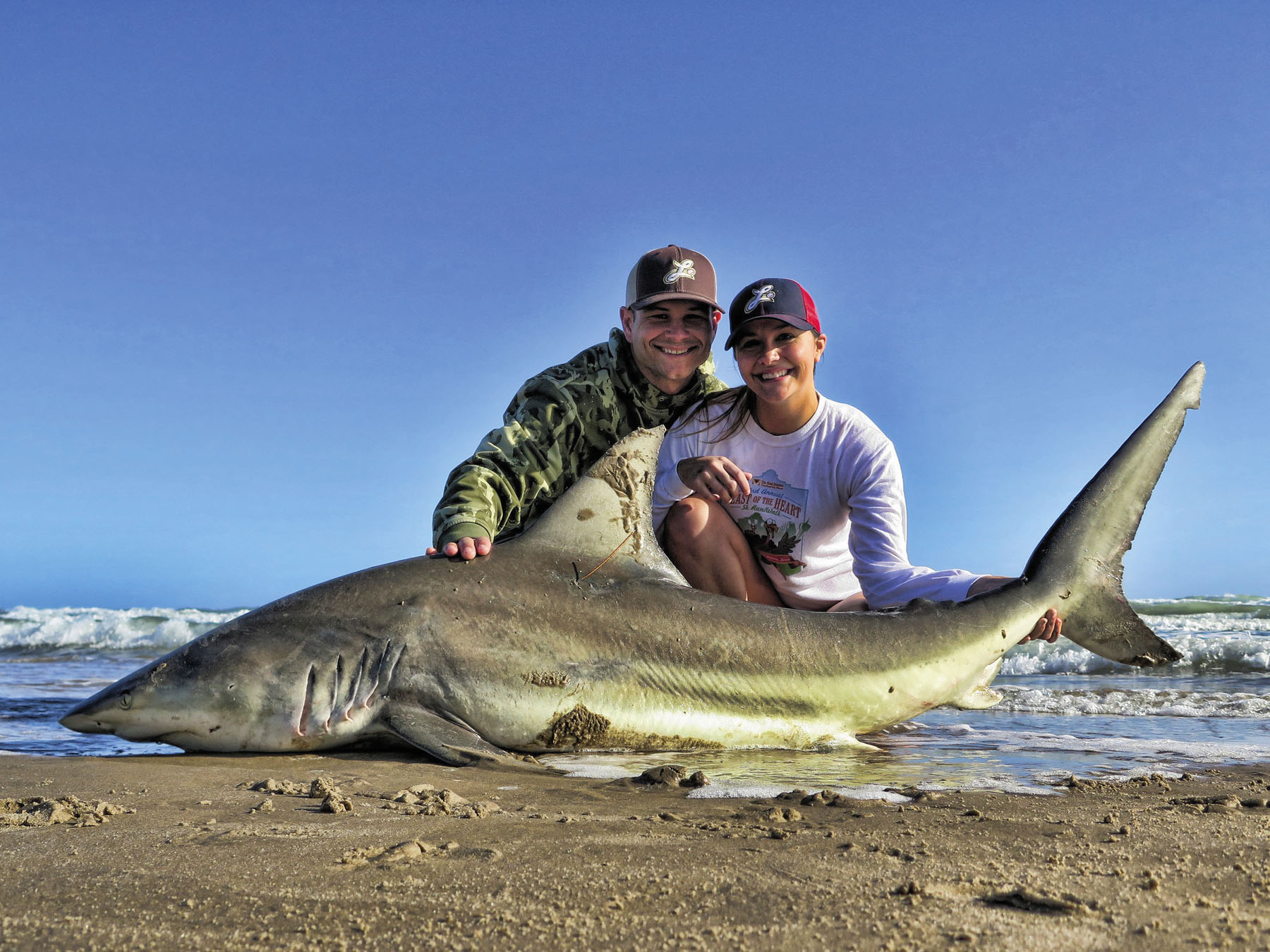 It has been quite crazy year. Just a few weeks ago, in November, we were greeted with the earliest arctic blast I can personally remember. We jumped from late-summer to serious wintertime weather almost overnight. Water temps dropped nearly 20 degrees and the traditional surf jackfish run never materialized. The bull redfish run was weak at best and our late-fall Spanish mackerel and bluefish bite was about nil. Of interest, a rare 12-foot thresher shark mysteriously washed up on the beach during the middle of that frigid blast.

Back in the bays, an opposite scene emerged. Large sow trout began showing in impressive numbers and redfish were schooling over stunned mullet that hadn't migrated, hung up in the cold. Bay anglers were doing quite well and even I took to the kayak and hammered countless reds, trout, and drum. Ironic that no matter how harsh the weather or water conditions appear on one hand, there's always a silver lining somewhere on the other.

Several days into that cold spell the question loomed whether the wind would ever turn back south or perhaps we were headed into another ice age. Fortunately, the jet stream balanced out and the much needed warming trend came our way. Around Thanksgiving the coastal water temps were warming, and while the surf was quite turbulent the entire month, fish were starting to cooperate. Reports of pompano were coming in and redfish action improved. I had two overnighter weekends booked back to back. The first one yielded treacherous surf conditions resulting in having to fish the Port Mansfield jetties. At that time the water was still cooler than normal and the shark bite was minimal. Fortunately, we had the rocks to ourselves for two full days and managed to land some very impressive oversized redfish.

Things continued to warm during the following weekend. While the surf was still large and unorganized we were able to fish the beach for sharks. Driving conditions were phenomenal and we ventured nearly 50 miles to warmer waters. Despite being excited, I tried to guard my expectations. Initially I was thinking the questionable conditions may allow us to fish only casted baits, careful not to expect much more than reds.

I had a regular client and his family with me and joining them were a couple of friends who had never fished the surf before. As a charter fishing guide, I try to do all that I possibly can to get clients on fish–big fish at that. I've had a fairly great success rate though there are times when no matter what you do, the fish just won't be present or biting. The warming trend held promise and I was praying that what might be my last major shark charter of the year would end favorably.

As we hit the beach on Friday afternoon it appeared that we might have missed the window by a day. The past 24 hours had flattened the surf completely. The south winds were picking back up and while the water would warm even more, it would also complicate things. The forecast called for 15-25 knots the whole weekend with seas picking up. In regards to kayaking baits, there are times when even I have a hard time finding motivation to press on during the cold. Nonetheless, we continued on as the sun was going down and darkness blanketed the coast. After a couple hours of careful driving we arrived at the spot I had chosen; the wind was howling but the surf remained relatively small for the moment. We got set up and unpacked and I made an executive decision to run some baits while the conditions still allowed. I turned on the lights and begin kayaking into the cold darkness.

After about another hour we had three decent baits out, all stingray. I quickly got dry and satisfied that were off to a quick start. Sometimes just knowing you were able to get baits out is a great feeling within itself. No sooner than I was able to sit down for the first time; a rod went off. We got Lance up on the platform to do battle. Being a professional athlete he made short work of a 5-1/2' blacktip despite being his first-ever shark. We tagged and released and things were looking up. About an hour later another bait was picked up and took drag. We got young Reid into battle, the 9 year old fishing warrior, who has caught sharks on a few other trips with me. He has yet to break the 6-foot mark but is eager to do what he can this trip to make that a reality. Instantly we knew the fish was fairly decent. After a smart and consistent battle by the youth we have a 6'8" bull shark on the beach–awesome! We make the release and we have one final bait out, the closest of all, roughly 150yds.

As the wind continued to blow we sat around the fire sharing stories. Having been a long day for everyone we all eventually crashed. Come 5:00 AM the last bait got hammered–Fish On!

Reid got the nod again and hopped up on the truck to do battle as everyone else was still half asleep. This appeared to be a larger fish and after 15 minutes we had it near the first bar when it became stubborn. This may actually be a decent fish!

Reid battled like a champ, keeping up with it and managed to turn it and pull it over the bar. I walked out and leader it and we had our first sandbar shark of the season! This beautiful specimen measured out at 7'2" and is by far the largest by any kid I have taken down. I tagged and released the fish as the pre-dawn light was starting to fill the horizon. At that moment I decided to run out three more baits. About an hour later one got picked up but missed. Then soon after another bait was picked up by a solid fish and we hooked this one.

Shelly, Lance's wife and another first-timer, was up on the rack. Young Reid coached her and she performed quite well on her first shark. This fish was quite stubborn but when landed resulted in a most impressive 6'8" blacktip shark - the largest I have personally seen! This awesome fish, like the others, is tagged and released.

Throughout the day the winds were building the seas and I could no longer get over the last sandbar. I would have to put baits closer in. By sundown, we would land another bull and blacktip. I would once again get a couple baits kayaked out for overnight. Right on cue a bait was picked up as we were having dinner. Reid banged out another blacktip and we were left with one solid bait out. Everyone crashed after another long day of adventure. Around midnight the last bait was picked up, Reid's father, John, jumped up on the truck for the battle with everyone else still snoozing. John fought an awkward battle from a strong fish. After a while John brought our second sandbar shark to the beach–way to go guys!

The following morning proved nearly impossible to fish. We had used up all our shark bait and the wind was cranking harder still. We duked it out a while on cast baits for red drum with little success. All the same, we had completed an incredible shark trip for that late in the year. After the harshly cold conditions that plagued us for much of the month, I would not have imagined we would have landed eight quality sharks.

So this basically leaves us with questions for the remainder of winter. Will we be experiencing more paralyzing arctic blasts or will we be blessed with a warm start to the New Year? Warm or average temps could lead to great red drum, pompano, and more shark action. Only time will tell and I for one am very excited about the prospects for 2015!