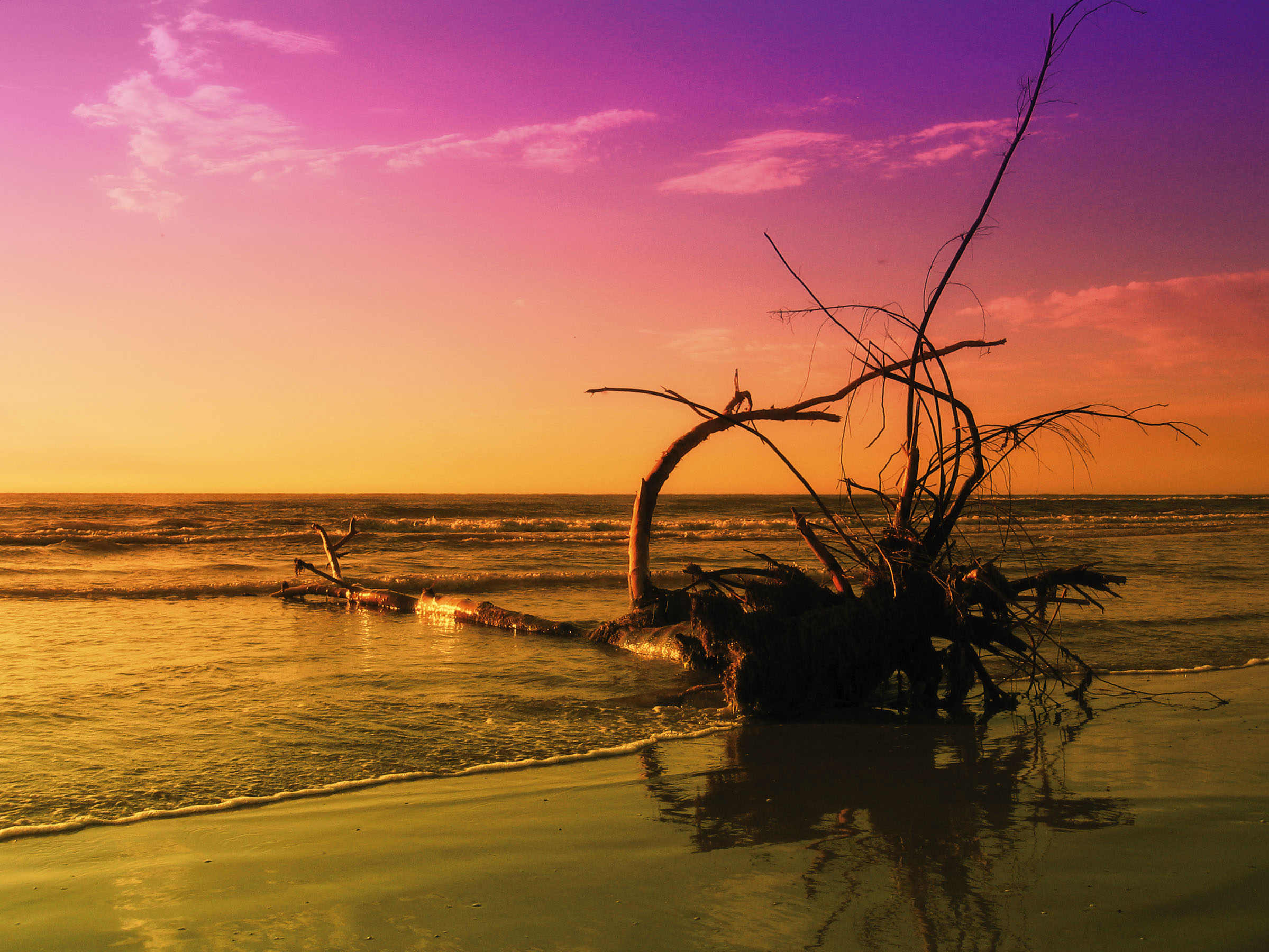 Sharks may be encountered in any month anywhere along our coast. Various species make their appearance as seasons and conditions evolve, sometimes predictable and other times not. Late spring brings aggressive southeast wind and raging currents that deliver loads of seaweed and other debris that can transform the beach into a war zone for driving. Despite such issues, May brings a multitude of sharks and shark anglers to the surf zone. Nearly every species we are ever likely to encounter along our coast will be present and quite active. Because of the great potential in landing multiple species measuring ten feet and longer, May can be truly magical for surf fishermen.

While cherishing many incredible shark catches, I would like to share one that stands out particularly in my memory. The date was May 11, 2007. I was still ironing out my personal technique and equipment for an optimal shark system. Shark fishing is always about learning, adapting, and experimenting. Until that day my largest shark from the surf was a 9.5' mako at 400 pounds that I tagged and released a few years earlier. For two years leading up to this particular day I consistently deployed massive baits; half jacks and whole jacks, even whole 30 pound stingrays were kayaked offshore nearly every trip. There were periods of unfortunate luck; lonely nights when some sea monster would pick up one of the huge baits, but fate would not favor me. All I could do was keep trying.

As a kid my dream shark was always a tiger and my early trips were based on the anticipation of one day breaking the 10-foot mark. Along the way I had tagged and released numerous sharks, many respectable specimens, but no tigers, and no 10 footers. With summer just around the corner the water was warming quickly and toothy critters were on the prowl. In one way that day seemed just an ordinary solo run down the National Seashore, although recent reports had been favorable and I had established an official game plan.

Pre-sunrise I began to rock down the beach. Driving was horrible with sargassum weed layered into the sand, leaving the only drivable track up near the dunes. At about five miles a truck flagged me down, apparently some out-of-towners had partied a bit and drained their battery. Feeling bad for them being stranded and being hammered by mosquitoes, I happily gave them a jump and went on my way hoping karma would follow. Continuing the drive I had to dodge random debris, including a couple very large trees with entire root systems still attached. After two hours I had made only twenty miles and there had been no bird or bait activity until at last I spotted a number of hawksbill and green sea turtles cruising the surf zone traditionally associated with the arrival of the larger sharks.

After surveying all 60 miles of beach to the Mansfield Jetties, my only choice was to turn back north, still hoping for an ideal spot. While I had large cownose rays with me, the skipjacks were thick, and fresh skipjack is like candy to sharks. Fresh baits are usually picked up sooner than frozen, reducing the threat of the nuisance weed on the line. I eventually arrived at an area where I felt comfortable to set up camp, and with the skipjack crashing bait in-close, I collected a few and began deploying baits. Almost instantly I began jumping decent sized blacktips. Most were running five-six feet and a blast to catch. My luck was changing.

I had a blacktip on the beach, waiting for a self-timed photo to trigger, when one of my other rods went off. I gave it a few seconds as I walked the beached shark out for the release. Looking back I noticed the line had gone slack up and I ran over thinking I had been cut off. Reeling for a bit, I felt tension and then the line began to dump slowly. The fish was heading straight offshore at will. A couple of minutes passed and I started thinking I might be out-gunned. The shark had picked up a small skipjack and I was fighting on a 6/0 class reel, a setup meant for small-to-medium sharks. Fortunately, I had it stacked with several hundred yards of heavy braided line. As the line continued to disappear I jumped into the bed of the truck for elevation to avoid the weed. The tug of war raged on and though I managed to bring the shark to the second bar repeatedly, I had no success getting it over.
An hour passed. The sun was just above the dunes and daylight was fading. I was solo and strapped-in with the drag locked down on 100# braid with most of it dumped far back into the sea... THIS IS WHAT I LIVE FOR!

I was eventually able to control the bursts to 20 yards or less as the fight became a stalemate. Scenarios run through your head and you pray your terminal tackle will hold up. The fish at this point was being very stubborn and after two hours I speculated on the species logic suggested either a mega-bull shark or maybe an early-season tiger. A few minutes passed and I was able to get the beast over the second bar. The surf had cleared throughout the day and my first glimpse of it came through a crash of emerald water near the first bar. Even in the low light I could see it was massive and the profile said it might be a mammoth bull very cool. Not liking the first bar, the shark made another run peeling off at least 100 feet of line.

By now a camp further north that had been watching me through binoculars had arrived to inspect and help. The anticipation of the shark's identity and length-weight stats was absolutely killing me. Once again we were stalemated the fish had fought for two hours, an incredible display of endurance, yet it continued to resist. After a couple more encounters with the first sandbar I finally wrestled her into 2-3' of water where she thrashed violently.

I got a good look and realized the shark was even larger than I'd thought. Just then a good wave pushed it along the edge of the water. I was still a good distance back and walking toward it when I noticed something wasn't right. I saw TWO large dorsal fins and the reality shocked me. Neither bull nor tiger, my mystery shark was a Texas LEMON. A monster at that!

Two hours and thirty-two minutes after picking up the bait (calculated via timestamps on photos), the fight was done and I beheld the biggest toad of a shark I'd ever seen. Scrambling around, my newfound friends helped me with measurements and photography. The beast taped 121 inches with a 65 inch girth. The Texas state record was and to this day remains 470 pounds 122 inches. I have landed lemons in Florida and also in the Caymans but none like this. Due to the massive girth, I feel it would have likely made up that missing inch of length and its weight would have surpassed the record. However, the same as my rare beach mako nearly 10 years ago, I would not kill the creature to break a record.

I spent the night reliving the incredible battle and I am still in awe. While the shark wasn't a tiger, in the end, I have always been happy with the outcome. Any fish that tests you physically and mentally for more than two and a half hours demands the greatest respect, and it was only fitting to release her back to the sea.