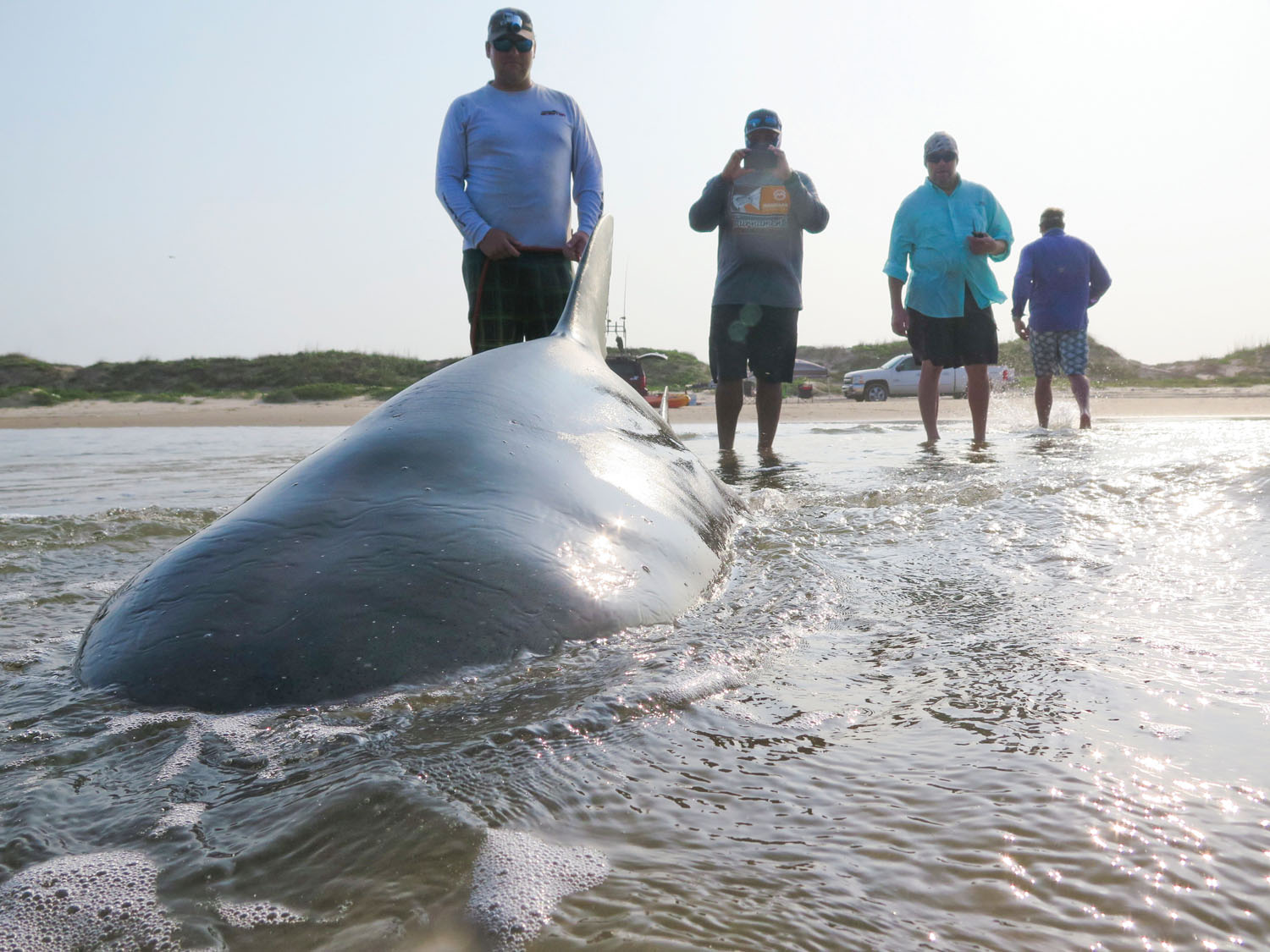 Sharks are and will always remain the iconic image of terror. Yet, even with more than two dozen species active near our coastline, they in all reality pose very little threat to recreational beach users. Compared to other locations around the world, attacks on humans here are minuscule in number. In most populated areas along our coast, the shallow depths and lack of structure isolate feeding sharks to more prominent, low-key locations containing distinct currents or tides. Our sharks come in all shapes and sizes and the truth is the majority of uneducated people cannot list a single species. Yes, our waters are home to the majestic hammerheads and beastly tigers. However, there is another shark found here which many have never even heard of. This is one of our most abundant sharks and ironically is also responsible for 75% of shark attacks worldwide. It is an apex predator with flexible tolerances to live and feed in all types, depths, and salinities of water. Built like a tank with a mammoth head and an evolutionarily-enhanced set of jaws, this incredible fish is the bull shark.

From the clear waters off Florida to the flowing rivers of South Africa and shallows of Australia, bull sharks dominate warm seas of the world. They are some of the most impressive scavengers, known to devour virtually anything, including other sharks. Male bull sharks are also notorious for possessing some of the highest levels of testosterone of any creature on the planet. When young, they have the appearance and profile of your typical shark. As they mature they begin to fill out and become large and more robust, hence the name. Here in Texas, we have a fair number of bulls running the beaches, with their presence peaking in late spring and fall. It is not uncommon to see a large mature female with vicious mating scars. The majority of bull sharks on Texas beaches are in the immature 4- to 6-foot range, but make no mistake, even they can take your hand off on the beach. While extremely fun to catch, safety must be a priority when handling any shark.

One of my greatest springtime joys is hunting massive bulls from the beach. Usually, our waters have not calmed and cleared yet due to relentless wind and high surf. Dirty and even muddy as it often becomes, is an ideal condition that bulls love to hunt. Unlike many other sharks, bull sharks are typically slower, preferring to swim with the currents. When they come across a meal of any type or size, they simply chomp away until it is completely gone and then move on to the next.

Fishing for them from the surf is easier than you might think. A large chunk of stingray or jackfish will often entice them. At times, small and medium-sized bulls can be a pest as they inhale gigantic baits intended for tigers, and on occasion you can drive the beach and actually sight-cast them in the shallows.

Over the past few months we have had some of the wackiest weather. Our spring fishing started off phenomenal and then we were greeted with copious rain all across the state. When this happened, the flooding eventually reached the gulf and salinity declined along our beaches and our fishing took a big hit. Shark activity nearly ceased with the exception of one species, the bull shark. Bulls are unique in that they are euryhaline (able to adapt to both fresh and salt water). At times the inshore water looked like a swampy tea-stained mess but bull sharks large and small were being caught in uncommon numbers.

On a recent overnight shark charter I had the privilege to take a great group of outdoorsmen, the Holleys. No newbies by any means in general angling experience but not much experience with sharking. The rain had been relentless leading into our trip. Interestingly though, the inshore water was remaining a decent color although with far less salinity than normal. On your typical late-spring day you would expect nothing short of incredible action but we were struggling. Things were very slow. I already knew the culprit was the freshwater, but nonetheless we kept running big baits out. Things soon turned around as we encountered our first taker, a large blacktip that picked up half a jackfish. It was the first non-bull we'd caught in a while. But having spoken too soon, our next fish was a 6-foot bull. Late in the afternoon we had another bait get picked up by a fish we would not soon forget.

A large stingray bait had been picked up out deep and we knew things were about to get interesting. Chris was up next to battle the fish and little did he know what he was about to embark on. The shark had taken the bait and decided to swim in with it. Initially I thought it was another small to medium bull. Bulls are notorious for this. Chris had hold of the rod and the line kept going slack. His thoughts were that nothing was on there. I knew there was no way the large weight could be drifting in that fast. I told him to continue cranking, there had to be a fish on it. After cranking a couple minutes the line was approaching the second sandbar. Then all of a sudden, it wouldn't budge. A few seconds later, line starts to slowly dump from the reel and I began to believe we had a real fish. I coached Chris and he fought the fish flawlessly. No matter how much drag we put on the reel, the fish would not come over the bar. Every attempt would result in the shark turning and going offshore for a short run and I was then certain it was a good one.

Chris was hanging in there but the fish was showing brute strength. The eager gentlemen himself is a large dude with a great deal of angling experience, but this was unlike anything he'd ever dealt with. The battle wore on and after a while luck intervened as the shark finally came over the bar. Another 10 minutes and Chris had it over the first bar. I went out to leader the shark and as I walked out I noticed the size and girth we had yet to land it and I was already impressed. I managed to get the tail rope around the shark and with the aid of the other guys we were able to pull it into shallow water.

The shark was simply remarkable, a monstrous mature female with fresh mating scars. The beast taped 9-feet 3-inches, larger by far than any bull I've ever seen. To put things in perspective, the current state record is 9-feet 0-inches, and just over 500 pounds. This fish, if killed, would very well have been the new state record. However, Chris opted to tag and release her. Because of that bold decision, the beautiful shark Chris landed would live and continue to reproduce and give birth to more of the ocean's greatest predators.