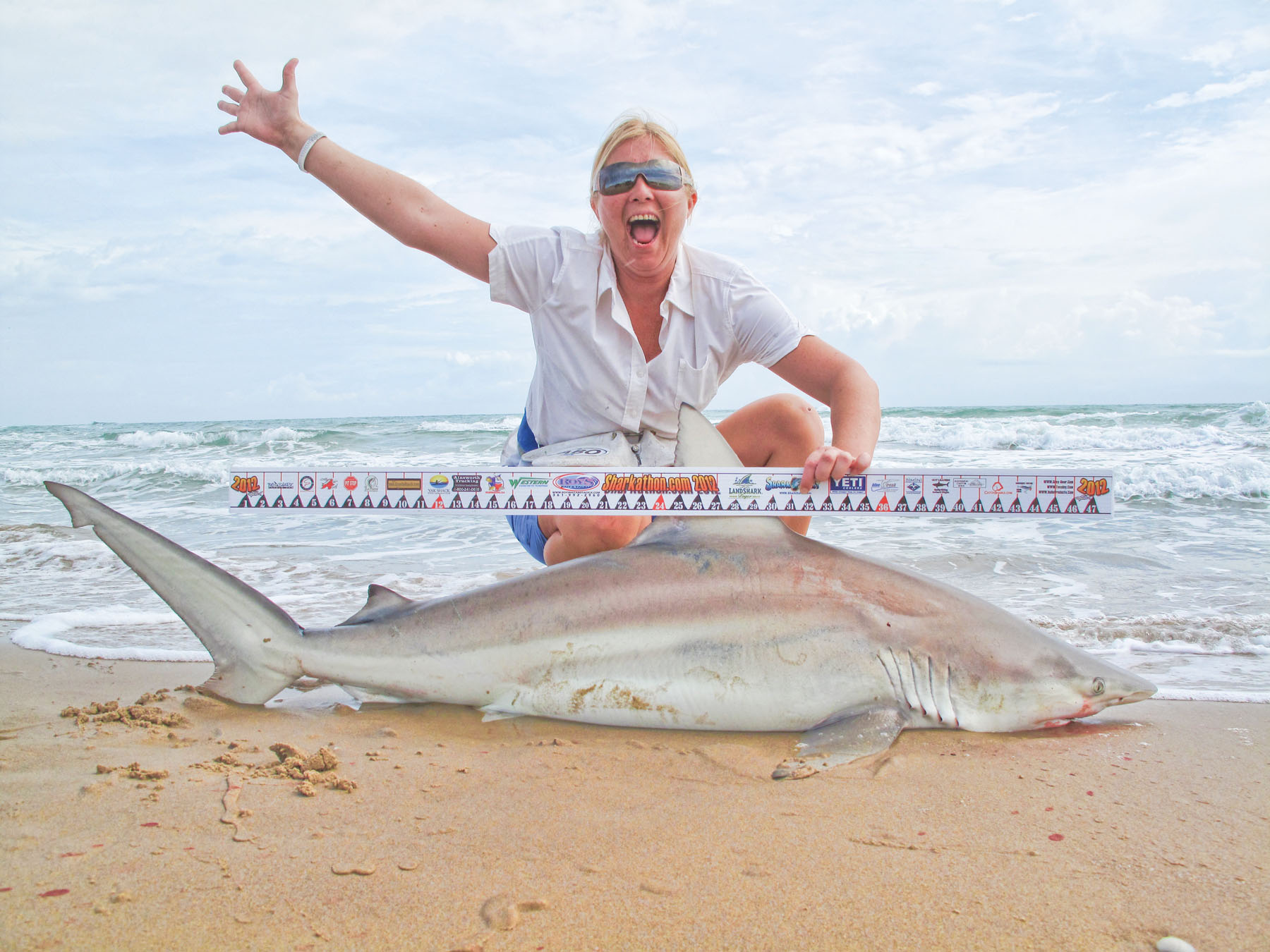 Two days following an early autumn cold front, I am parked on the beach a mile south of Packery Channel. The cool air is very refreshing after such a long and brutally hot summer. Endless trains of mullet are cruising the green water of the first gut. Down south, I have no doubt that acres of jack crevalle are crashing bait. The Port Mansfield jetties will be stacked with tarpon for the next month or more, feasting on the plentiful bait supply. There is a certain feel to this a sign of change a sign that fall has officially arrived and mayhem will dominate the surf zone for weeks to come!

This is without a doubt the most comfortable time for anglers to take to the water. But more importantly, this change of season triggers the mass migration of much of the marine food chain along our luscious coastline. In South Texas, anchovies are finishing their migration while hordes of mullet begin to move along the coast. With this comes an array of predators, everything from red drum to the largest sharks. Without the sargassum washing in or the plague of red tide, for those fortunate to get out, fishing is about as good as it gets.

Big news at the moment is that Sharkathon has just wrapped up with their 9th Annual Surf Fishing Tournament. There are many tournaments and competitions throughout our waters; some beneficial and some pointlessly absurd. Sharkathon has set a benchmark amongst all of these. Their goal is the promotion of fisheries conservation with a unique catch-photo-release format. Forensic analysis of the digital photos submitted helps prevent dishonesty and polygraphs are administered randomly among the winners. Sharkathon is the premier catch and release tournament and has grown by leaps and bounds. Credit is due Curtis Mai and the Sharkathon board of directors who put on a superb event not just for the hardcore shark anglers but the women and children of the sport as well.

Sharkathon is a 501(c)(3) registered non-profit organization. All entry fees go directly back to winner payout and countless prizes. In addition, Sharkathon makes a sizable donation to Harte Research Institute, Padre Island National Seashore, and Friends of Padre. There is no tournament of this scale that operates as generously.

There was a great deal of record-breaking hype for this years tournament as entries were completely sold-out in less than 24 hours. That translates to 700 anglers total with 400 entries allocated strictly for the shark division. The organizers placed a cap on entries several years ago when the tournament threatened to grow to an unmanageable size. Given their past record and conservation stance; this is the only surf or inshore tournament I strongly support.

Sharkathon 2012 kicked off with a bang as unprecedented numbers of custom beach trucks adorned with polished aluminum racks lined up for registration. This is the only shark trip of the year for some of these folks and they really like to show off their big-game bling. Anglers lined up 12 hours in advance for an order of processing ticket, much like a scene at a high-end retailer for Black Friday. Come the following morning, participants would pick up their rules packet and catch log, along with T-shirt and other goodies, and then be released in numerical order. As if on cue, storm squalls began to drive in during the check-in, setting the stage for another fun but challenging Sharkathon.

I have fished Sharkathon since its inception with some success; having won the shark division and Total Inches category at the inaugural 2004 event, along with several category wins in other years. Good friend Scott Nelson was my shark fishing partner again and joining in the ballroom blitz would be Amy DeVilbiss competing in the Womens Division for the very first time. Things started off rocking as our only two sharks would be caught early in the tournament amid downpours and dangerous lightning. Shark activity usually slows after the first day of Sharkathon and my belief is that all the stinking and freezer-burned bait soaking in the shallows tends to shy them off to deeper water.

Over the course of the weekend heavy tropical moisture and an approaching cold front brought very unfriendly conditions. Torrential rain, frequent lightning and incredible wind would affect everyone. In the end, with the exception of the tarpon division (where the pot will rollover to next year), fish were indeed caught. I came in 4th and just missed placing with a 76 bull shark. Amy placed 2nd in the Womens with a 65.75 blacktip and my good friend Steven Raney of Catchsharks.com placed 2nd, missing 1st by only .25 with his 82 bull. The winner of the 2012 Sharkathon (and a nice $15K check) was Joseph Prince with an 82.25 bull shark. The Redfish Division went to Cameron Smith with a 38.25 fish and Robert Arnold took the Sea Trout for the second year in a row with a solid 22.5-incher. Laurie Knutson was crowned the Womens Champ with a 73 bull shark, and Jason Gutierrez came out on top in the Kids Division with an 29.88 Atlantic stingray. The extraordinary effort invested by many entrants resulted in fine catches logged all along the beach despite the harsh conditions.

Overall, things went exceptionally smoothly this year and a big shout-out to the organizers for presenting such a fair and respectable tournament. Sharkathon has improved steadily over the years and the events sponsors deserve recognition: Roys Bait and Tackle, Ainsworth Trucking, L&F Distributors, Yak Shack, and countless other great companies that help make this tournament what it is today.

The promotion of catch and release by Sharkathon over its nine-year-run has contributed greatly to conservation ethic and we owe them a great deal of thanks for that. Visit sharkathon.com for detailed 2012 standings, sponsors, and payouts. You can also find various angler reports from this tournament and more on the forums of extremecoast.com.