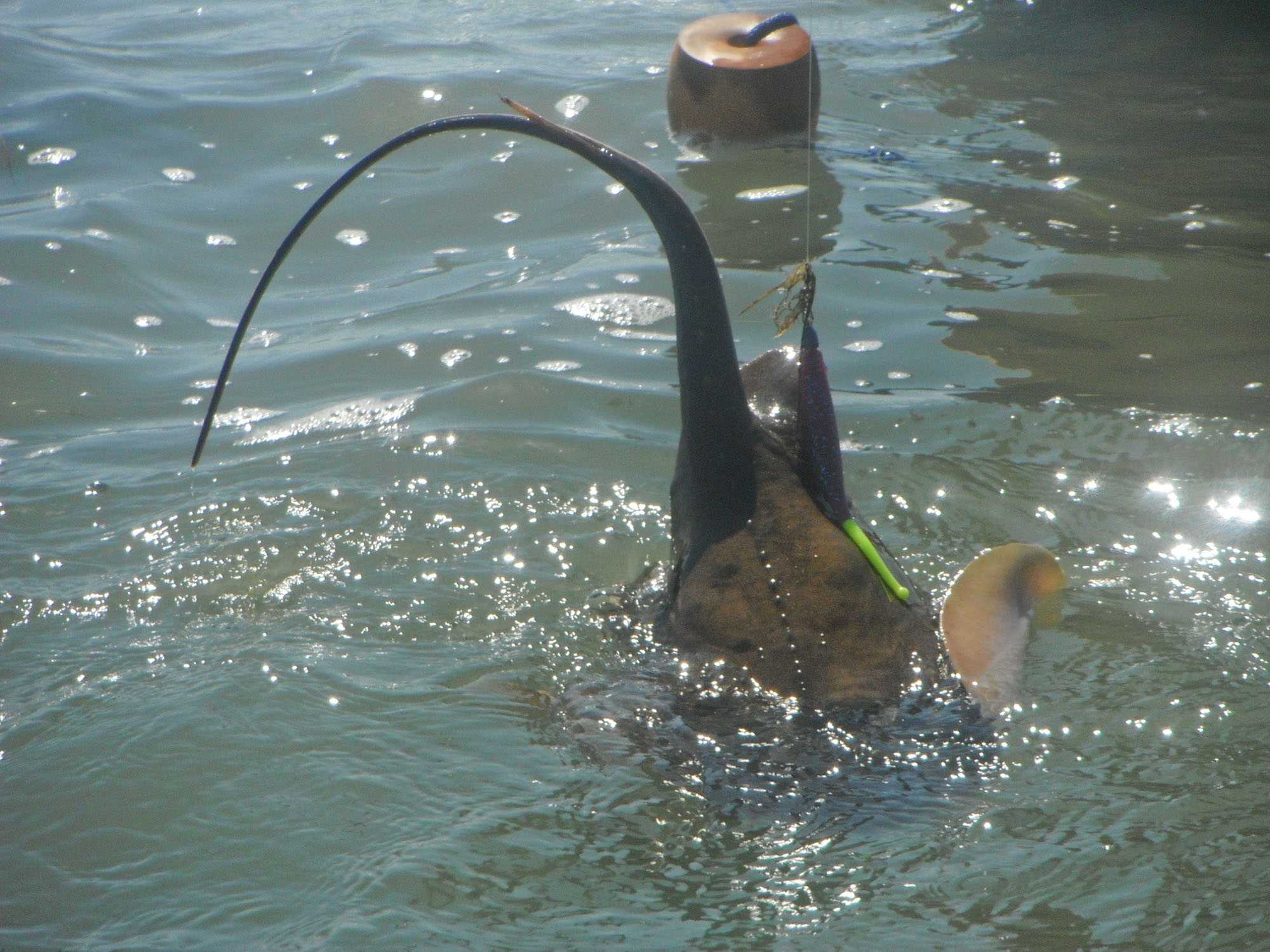 We met my dad's customers, Richard and Carl Fisher, at the dock at around 6:30AM. Richard Fisher is a good customer of my dad's; always rebooking every year and this is the first time I have had the chance to fish with him. This weekend, we were unlucky enough to have four tournaments blow through Port and we knew the fish were going to be "lip sore" from everybody fishing in the same area. Coming out of the harbor, we were pretty much alone because it was so early on a Sunday. This day seemed like it was going to start off great.

We stopped at our first spot and hopped off the boat. A few reports had said there was a school of reds around our general area. After power wading for about 200 yards, Mr. Richard Fisher was the first of us to hook up. Because of the report, we were hoping it was a red but it was a good sized trout. A few minutes later, I hooked up on to another keeper trout which I lost trying to string. Then I hooked another that I carefully, and successfully, strung this time. Right after this, Richard hooked up on a nice red that was about 23 inches; this would be our only red for the day. Suddenly, the bite stopped. Through all of this so far, my dad and Carl hadn't landed a fish yet, but that would soon change. My dad hooked a nice, solid, fat trout that was 25 inches. We took photos and released this beauty back into water. This was the last fish of this spot but, we kept wading into deeper and deeper water. Soon it was to the point that I had to walk back to the boat, because I was in fear of drowning.

Heading to our next location, we had no idea what was in store for us, our wade started off normal, we walked a few yards and someone got a hit. Soon, we waded into some deeper water and we started catching some fish. While living at Port, I have observed how the trout like to stay in deeper water, but big trout are a different story. We waded about 350 yards from where we started and had to turn back to the boat but not because there weren't any fish. Carl had hooked a decent sized stingray. This can cause a lot of problems when you don't have the right gear or the knowledge to get them off without harming the ray or yourself. We were lucky enough that the boat was nearby, this meaning my dad could net the stingray and we could unhook it safely.

Now that I'm on the subject, I'd like to talk a little bit about stingray protection. It's obviously not required to have a pair of ForEverLast wading boots or the stingray guards, but I would recommend that novice anglers purchase and utilize these items until you feel safe in the water and decide that you no longer need them. When hit by a stingray, the barb is thrust into the flesh and, in some cases, ripped back out and both are extremely painful. The bacteria that the ray secretes on the barb can cause infections at the site of the injury. Most likely your local tackle store will have a first aid kit specifically for stingray and jelly fish wounds. I recommend having at least one kit on your boat at all times because an accident could happen at any moment.

Now that I've warned you guys about the dangers of stingrays, I'm going to get back to our story. After we released our dangerous "friend" back into the bay, we had all decided that it was in our best interest to relocate ourselves to a different spot. My dad had a feeling that a certain sandbar would be holding some fish. I agreed because there has been fish there most of the time I have been in the area. It turns out that we were both wrong because I got the only hit out of all of us. This wasn't a hit I wanted though and I'm glad I didn't hook it, I saw that I had cast straight to a skipjack. Knowing where we had caught the best fish of the day, we headed back to our first stop. This is where we finished off our trip, picking up another few trout and bringing our total to eight trout and one red.