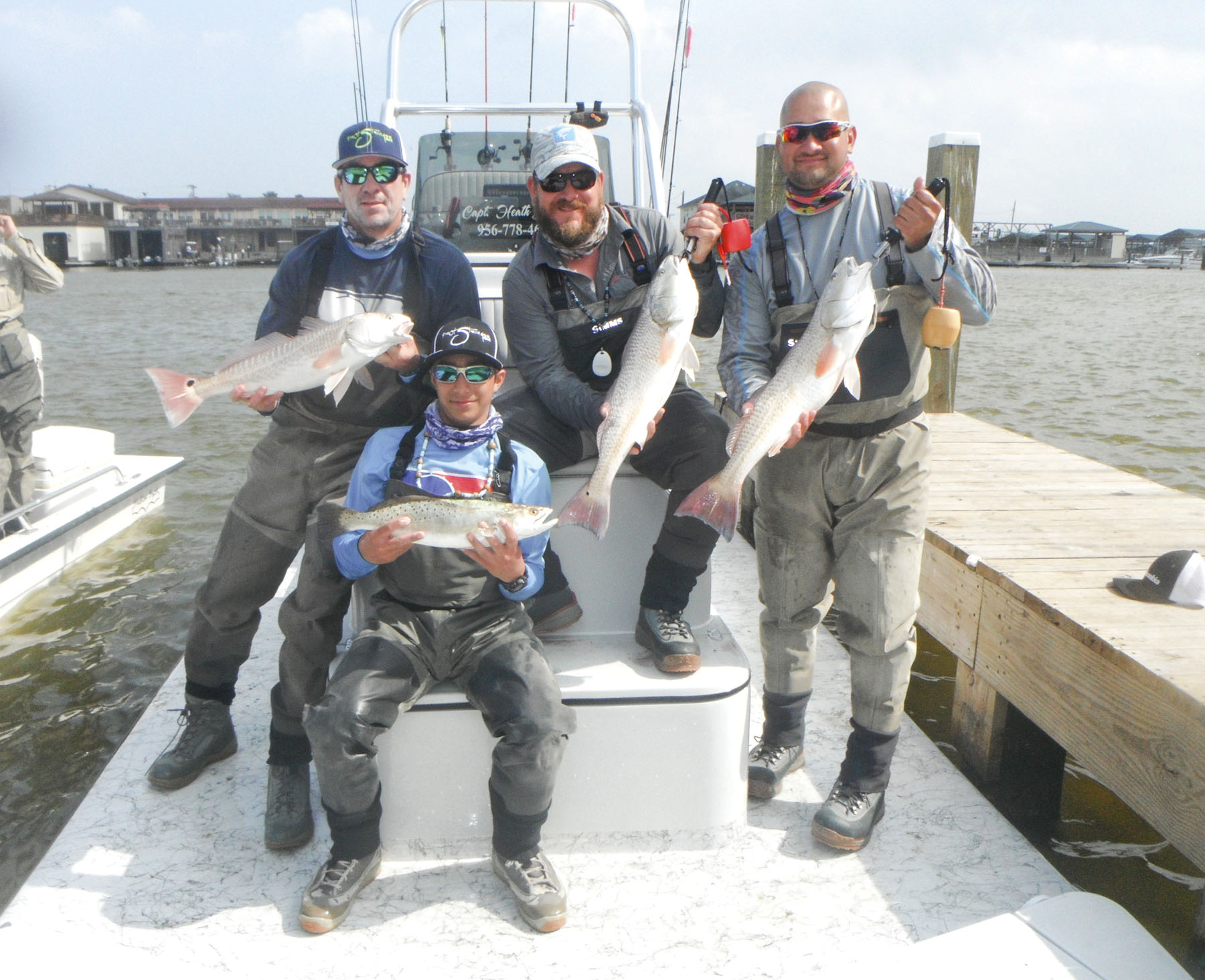 If you have been following my fishing adventures, another tournament was on the agenda and we were ready. I met Sonny, Dave and Heath down the road from my house and we loaded up the boat. This time the weather was significantly warmer than the last month's tournament, I only needed one jacket for this one. We launched Heath's 20 ft Skooter and headed for check-in at the pavilion. We waited a while and soon, boats started to show up. None of them were with us though; they were all participating in the beach cleanup that morning. We moved from the pavilion to the Poco Loco Marina, which was a little ways from the pavilion. Once everybody had made it to the check-in we were off.

Our first spot was one that Heath had fished a few days before and in there, he was catching reds. We all spread out pretty good. My morning was not off to a great start. Sonny and Dave kept asking, "You having TDs bro?" and all I could do was nod while tending to my backlashes ("TDs" are just technical difficulties). If I wasn't taking out a backlash, I was retying because my line kept breaking off. Every once in a while was I able to actually throw a decent cast. I was so busy messing with my gear that, at the first spot, I hardly fished. Everybody else was casting away while I was messing with my TDs.

We moved to the second area, an area that I had fished a few days before. My dad took out Marce and me for a few hours and we did pretty decent there. We had nine trout before noon. But this was a different day and the conditions different as well. I was just at the end of my TDs and I was finally able to fish.

I fished for 30 minutes with having only minor backlashes. Then Heath catches a hardhead on plastic, we took that as a sign that it would be best if we moved. We jumped on the boat and left. We were headed south. There is almost no part of the bay that I have not fished; when we stopped I knew where we were. I have had plenty of great days in this area, but all in the summer. This was different. This was winter, but this area is known to have reds year round so I wasn't too worried.

After about 5 minutes, Dave had hooked onto a big red. He got it in and it was the perfect tournament red. He immediately got it into the livewell. Sonny and I fanned out to the left and Dave and Heath stayed to the right. Sonny and I saw Heath hook up to another big red, and they were also catching some trout. I still hadn't caught a fish all day and I didn't think I would at all, until I set the hook.

I took my time; I thought it was going to be a good trout. It turned out to be a decent red. I had shaken off the skunk and now I was in it. Soon after the first one, I did catch another, bigger red. We didn't need a red though, Dave had taken care of that already. We needed a trout.

While Sonny and I were off to the left, Heath had hooked up on a big trout, close to about 27 inches, too big for the tournament though. He lost it at the boat and he kept fishing. He and Dave were using pink topwaters and sonny told me to tie on something pink. I held up the only pink lure in my box, a Kick-A-Mullet, and Sonny told me to tie it on. I did and I was really hoping to catch a big red on it. I didn't but I was also not disappointed.

I chunked that thing out there and worked it slow because it's supposed to be a slow-sinking bait. I worked it slow for a while. And then one cast I decided to work it on top, almost like a topwater, and then I had a blow up. I got the fish to me and it was a solid, three pound trout. It was just what we needed to have a good weight.

We fished for another hour trying to upgrade, but we got nothing. We caught a few that were close to the same size, but nothing bigger. We weighed in at 10.68 pounds, enough to take first. It was another win for Team MLF and there will be many more to come.