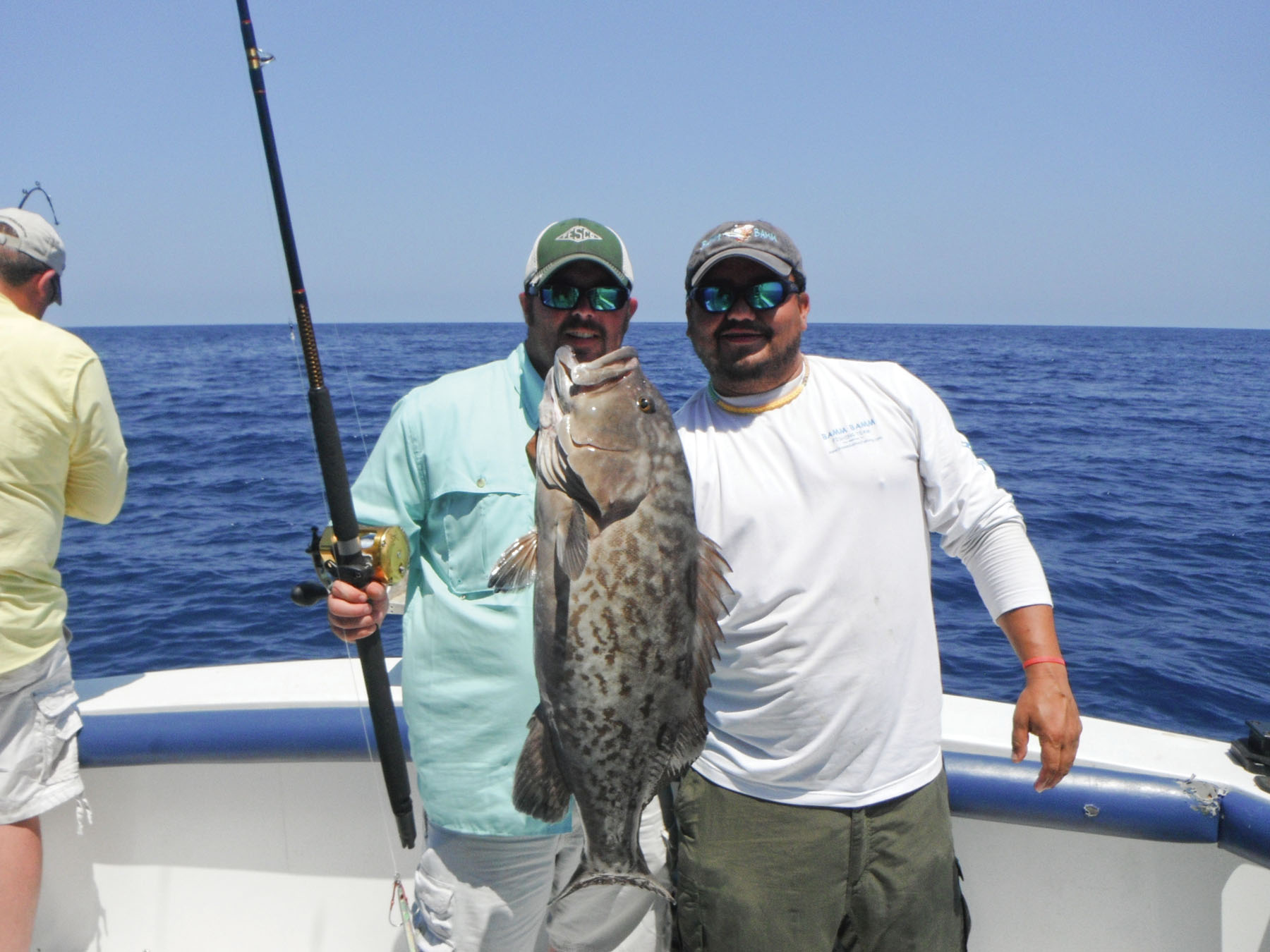 My dad and I woke up at around 5:00 in the morning to get ready for an offshore trip with clients from Getaway Adventures Lodge. Our Guide, owner of Bamm Bamm Charters and good friend, Capt. Chad Kinney, was taking us out on a trolling trip. We all met at Mansfield's E-Dock at 6:00 and loaded up the boat. We took off at about 6:15. Chad and Gila were up-top navigating the vessel and the rest of us were down on the deck. We were all talking before we left the harbor.

We enjoyed the nice ride out to the gulf; it was calm and just enough wind to make it cool. It was just a picture perfect morning. I went up-top to be with Chad, Gila, and my dad. They were talking about the plans for the day. It was a trolling trip and the plan was to find some wahoo somewhere in that big body of water. After about an hour I decided to go into the cabin and take a nap because it was still going to be a while before we reached our destination.

I woke up at about 10:00 to find out that they had been trolling for about an hour and a half. I apparently missed some action too. A sailfish had come up and hit on a plastic squid that they had set out, but that was it. There was nothing else going on out there in the deep blue. It was a perfect day with nothing to show for it. The clients from the lodge are sitting down waiting for us to tell them to grab a rod at any moment. We came up on a weed line that stretched for miles. There were two other boats trolling on the same weed line. We hailed one that we knew on the radio and asked them how it was going. They had as much luck as we did. They weren't catching anything either. We trolled on that weed line for hours. I fell back asleep while I was sitting up-top. I was out for another hour or so.

I woke up and we were moving quite fast. I looked and saw that we didn't have any lines out. We were moving inshore. The ride was smooth, the water was very calm. I sat up-top with Gila, Chad had gone into the cabin to get some rest, and Gila talked to me about what we were looking for. It all boiled down to structure. I learned that structure is very important, no matter where you are fishing. Gila and I looked for more weed lines in the water. The clients were still chilling down on the bottom deck, they were talking and enjoying the beautiful day that we had been blessed with, the only thing wrong was that we weren't catching any fish. I was having fun learning about being offshore and it always helps to be out with people that will make it fun.

It was around 3:00 and we finally gave up on trolling. We went further inshore to about 200 feet of water. We stopped over some kind of structure and dropped down some heavy jigs. The guys let the jig hit bottom and started jigging and it wasn't long before one of them hooked up.

The first fish in the boat was a gag grouper. Not bad. The guys kept fishing and eventually I joined in on the fun. The guys were catching snapper and because we were still in federal waters we couldn't keep them. I dropped my line down and started jigging. About halfway up, I hooked onto an amberjack and it was a little bit of work reeling it in. I did expect it to be more of a challenge though. I got it up to where we could see color and we saw that it wasn't that big, it was a keeper but not huge.

We were having a blast now that we were catching fish and it was easy, all we had to do was let the jig drop and work it back up. We caught something on almost every drop. The day was almost over so we decided to move back to state waters so that we could keep some snapper. Chad took us to a secret spot of his. We rigged up for snapper fishing and my dad started chumming. We baited the hooks and dropped them. We didn't take but maybe 30 minutes at the most and we were done with our snapper. We had a hell of a time with Chad and even though the trolling sucked, the backup plan was pretty great.