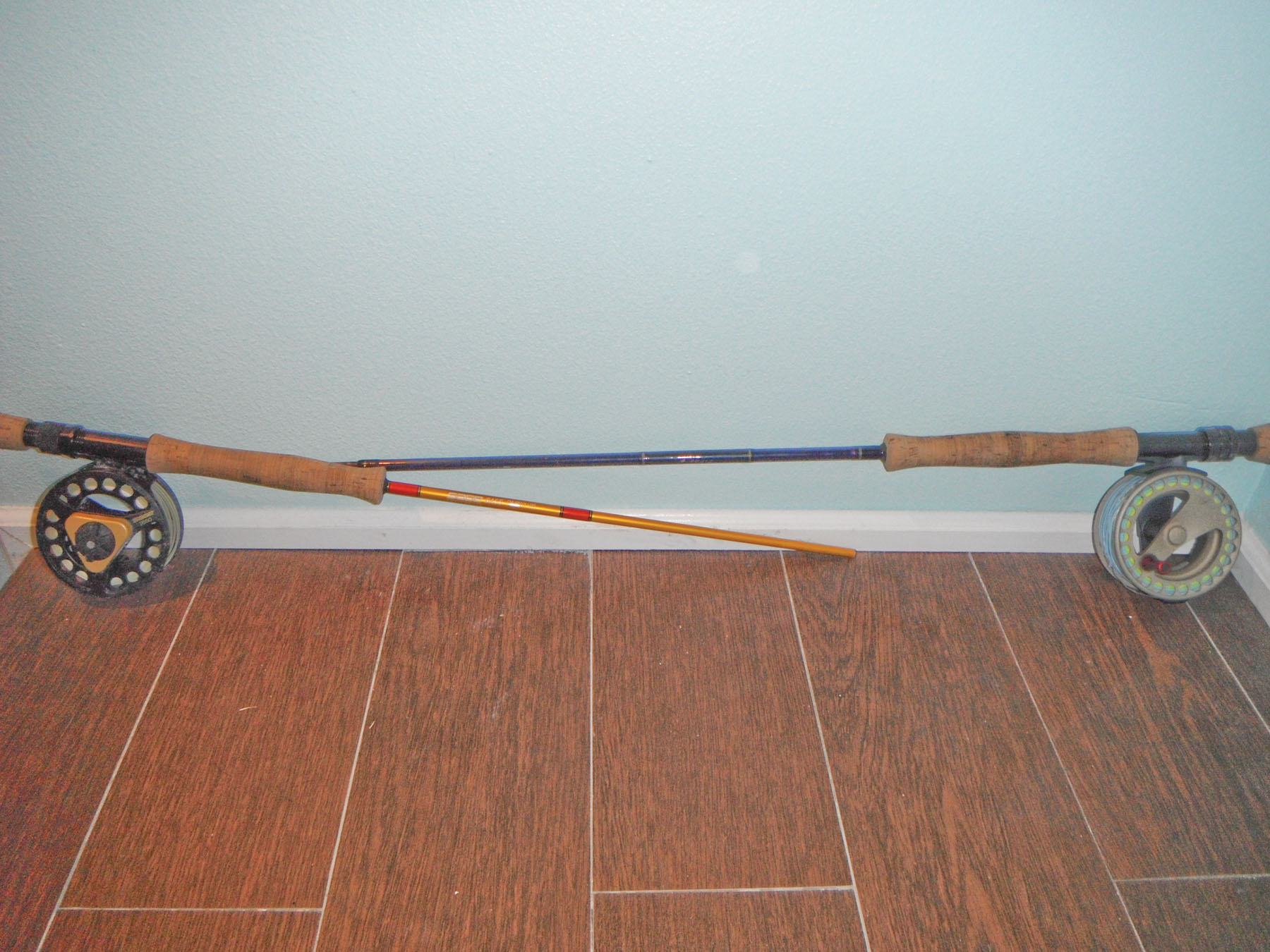 The sun is overhead, burning hot into the day. The water is as clear and smooth as glass; the sand is white and hard. The reds are tailing about 30 yards ahead of me; my 6wt fly rod is in-hand and ready to go with a white and chartreuse Clouser minnow. I cast my fly in front of the tails, hoping to snag a redfish as I strip my fly back to me. The redfish falls for my trick, and takes off as I set the hook.

Every morning I am out fly fishing, I play this scenario in my head hoping that I will have my shot at that redfish every time I have my fly rod on the boat. But every time that I do, we are heading offshore to search for tarpon and kingfish. Although one of my greatest goals in life is to land a tarpon on the fly, I would like to get my redfish first. This month I will be writing about one of my fly fishing adventures from this past summer.

It was early July and we hadn't stumbled onto any bait balls offshore yet and we were just scouting around because the lodge had a group coming in soon. Since we were just goofing around, I had decided to take my Sage Smallmouth fly rod just in case we came up on a bait ball with bonito and Spanish mackerel. We started off the morning chunking out some big Super Spooks to see if we could find any kingfish to get our day started. I wasnt expecting to see any bait balls out there so I really didnt use my fly rod for a good while. Our morning was slow; we would hook up on a king here and there, until we moved into the good spot.

Drifting in our usual king hole, we cast out and immediately, we were getting blow ups from multiple kings on the same cast. This is when I had decided to break out the fly rod. The Sage Smallmouth is around a 5wt or 6wt rod and was definitely not made to handle kingfish, yet I still used it.

Now that you know how crazy I am, I can tell the rest of the story. With the kings chasing the topwaters on the surface, I cast my fly behind one. To no surprise, I hooked one without even stripping my line three times. As soon as I set the hook, the king took off and I was trying to adjust what little drag is on the fly reel so that I wouldnt get into my backing too soon. While I was messing with the drag, I was also holding the reel so that the king couldnt take any more line than it had already. By doing this, I basically forced it to break off my wire leader.

Disappointed that I had not landed the king and lost a fly, Capt. Shuler rigged up another wire leader for me so that I could get out there again.

With a fresh leader and fly, I cast back out behind the topwaters and once again, I hooked up onto another king. This one I had a better handle on and I had now learned to not mess with the drag, or hold the real too tight. He ran out my fly line and got into the backing. I wasnt willing to lose all of my line and another fly to these fish, so I gripped the reel tight and started to get back some line. After a few seconds, my line went slack and thankfully, I still had all of my line and my fly.

Relived that I did not have to re-tie, I cast back out and hooked another one. Now that I had experienced the first king fish, I figured that I would be able to land this one. I fought and fought, loosing and gaining line. I had him in close and was ready for the final run. He saw the boat and took off in the other direction. I was fighting to get the king back to the boat and again the line went slack.

I was very disappointed that I didnt get to land any of those kings, but I had fun. In the end, fishing is all about the memories that we create and the times that we share. But as good as that other stuff is, I still wanted to get those fish in. Now that I have the experience under my belt, I will head back out soon, and finally beat those fish at their own game.