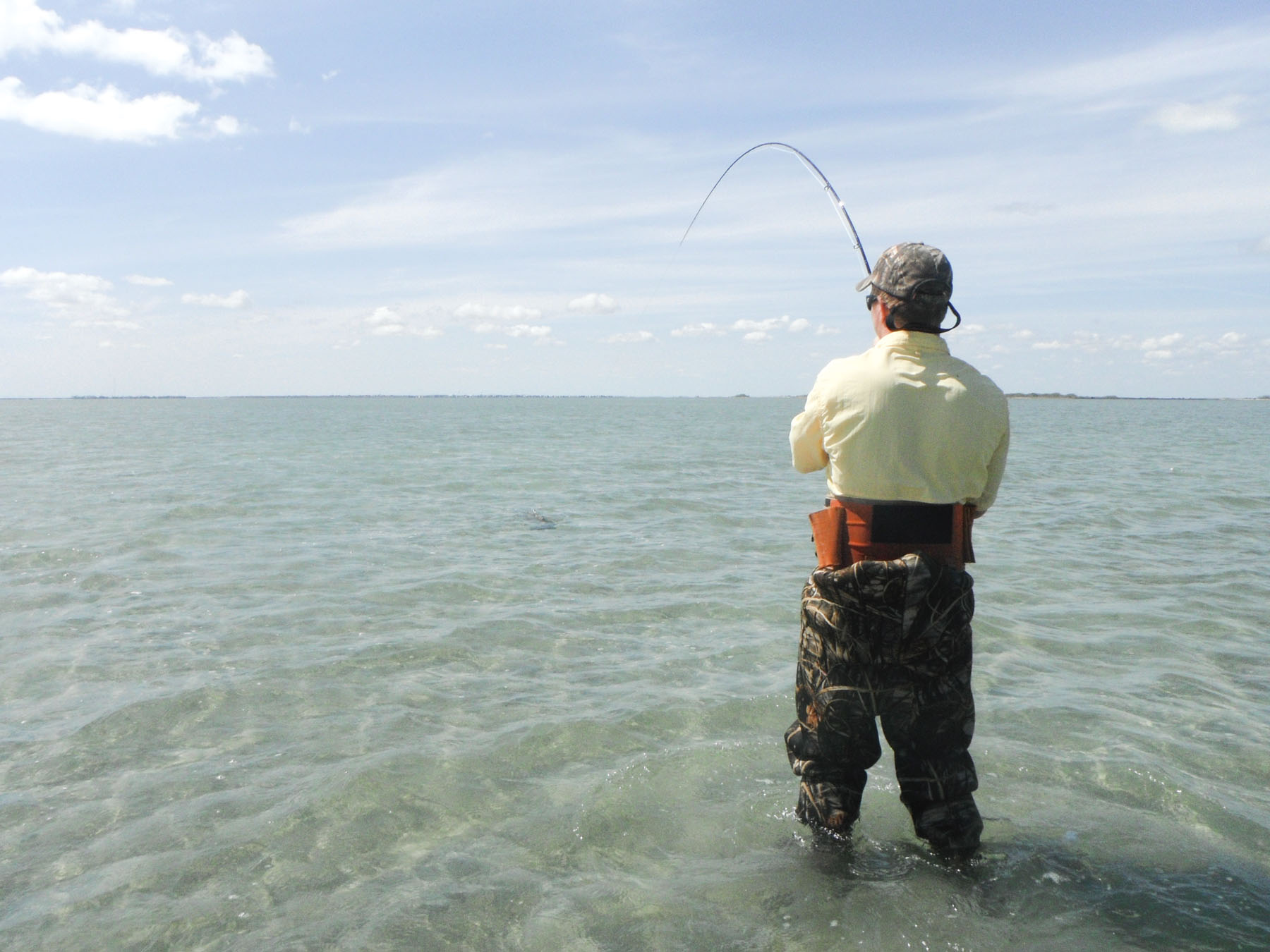 We have to learn to appreciate the times when the fishing is easy because it will not always be like this. The times that we go out and just hammer the fish are good for stories, but seldom does anybody tell the stories about the times they had to work for a few. This time, it is my duty to tell the untold stories of these fishermen.

It was spring break and my dad had invited me to fish with him and his customers since I wasn't doing anything at home. We woke up and met with Michael and his dad at the dock. Michael was on a mission to sight-cast to reds with his fly rod this spring break. He and his dad had fished with a guide in Baffin the day before and were unsuccessful. Port Mansfield was their last stop before going home, which meant we had to at least get him a shot at a few reds.

In the morning, we started with conventional tackle and later in the day moved into the shallows to find some reds. We headed south for the morning; we went almost all the way to SPI we went so far. The morning was slow and we moved a few times before putting a few fish in the cooler but Michael and his dad hung in there for the duration.

Fishing was hard most of the day but we managed to catch our limit of trout and a few reds. After we ate lunch, Michael decided that it was time to go sight-casting. We packed up and we went up into a spot that my dad has taken me to before to sight-cast. My dad shut down the motor and we started drifting. Michael got out his fly rod and waited for a shot at a red.

We drifted down a ways and he had a few long shots at a few reds but then we drifted up onto what looked like a monster of a trout. Michal and I got out and we walked up close enough to get a good shot at it. With a decent cast Michael put the fly right in front of it and he stripped it right over its back and foul hooked it on accident. The fish didn't know it had a hook in its back so the fight was almost too easy, until it got close to us and when it did we saw that it was a huge black drum. It wasn't a big trout or a red but a big black drum is just as good. Michael fought it and eventually the fly popped off and he had lost it. He did all he could, but in the end, it just wasn't meant to be so we went back to conventional tackle and he caught some decent reds on plastics.

My next story happened more recently and this time I was fishing with my dad, Sonny, Sonny's nephew Derrick, and Sonny's brother-in-law Aaron. We went north this time in hopes of catching a few big trout. We went to a few spots and we caught nothing (but it wasn't from a lack of trying). We moved twice before we hit our sweet spot and when we got there, boy did things get good.

We spread out to cover as much water as possible so that we would have the best chance of finding the fish. It wasn't an automatic thing, we had to wade a ways before we even caught the first fish, but man was the first fish a wondrous sight. In front of us were a bunch of potholes that, with the wind blowing from the south, my dad thought should hold some fish, and like most of the time he was right.

I cast to the edge of one of the potholes and I worked my lure carefully across it. Not 45 seconds after it hit the water, I set the hook. I thought it was going to be an average sized trout but when it came up and started thrashing its head, I knew different. I immediately backed off the drag and let her run her course. Finally, I get her to me and I realize it is probably my personal best. After this, the fishing got a whole lot better.To me, stories of how you had to work for your fish are much more exciting because it shows that you didn't give up when the fishing was bad. Waiting is the best thing you can do because you never know how things will turn out. When fishing is bad, remember, things can only get better.