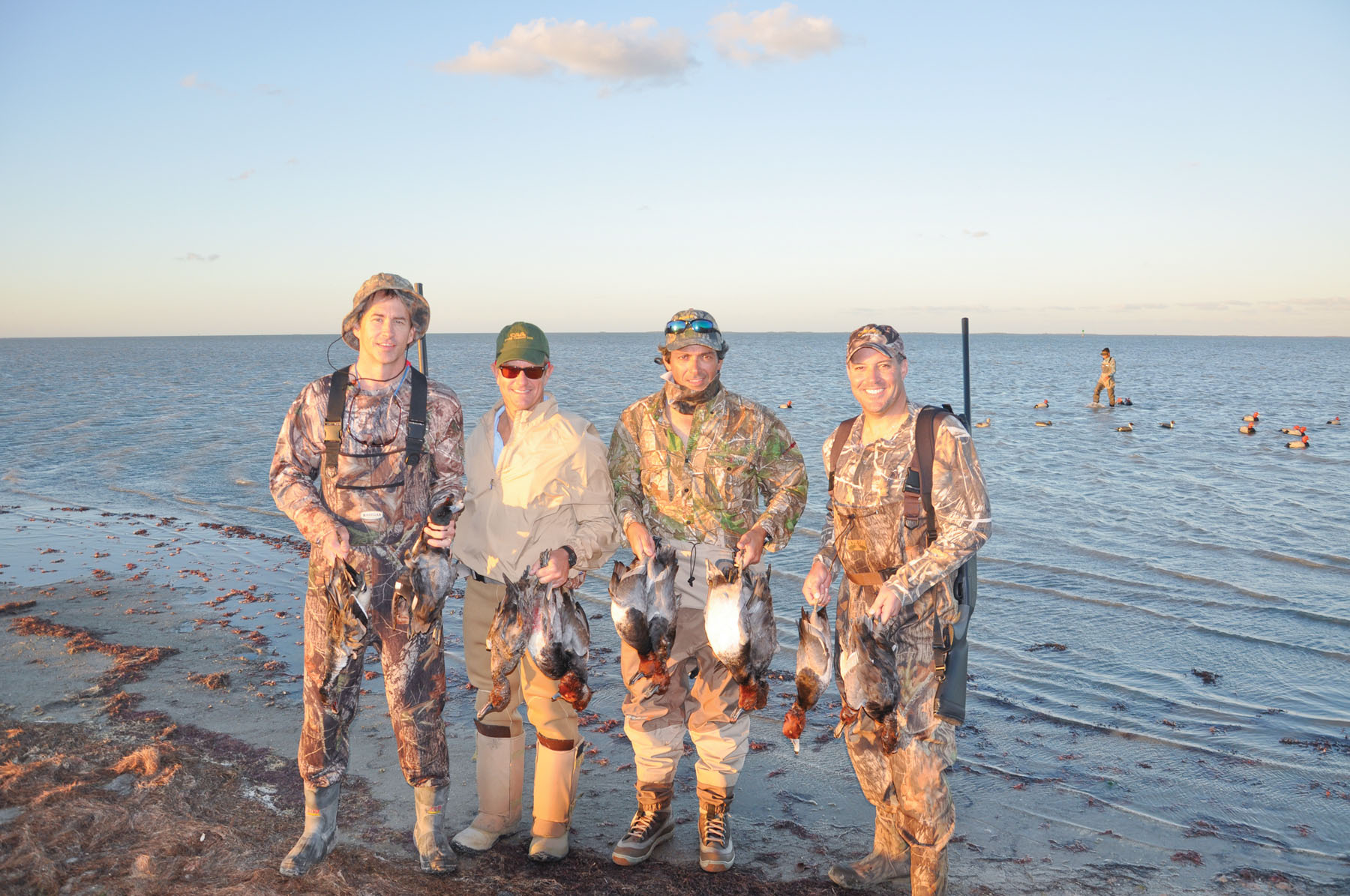 During the first half of duck season I had the privilege of accompanying my dad and his clients on a cast and blast weekend. The water was a little chilly and the sun was up high with a light breeze from the southeast. We were just starting our day in the great and wonderful place we call the outdoors. My dads plan was to head over by the north side of the East Cut to make sure that we were back in time to get all of our gear ready for the duck hunt in the afternoon. We hopped off the boat and our first instinct was to throw topwaters. After about an hour of topwaters, my dad had the only fish on the stringer. I decided to change it up and throw an avocado-red flake Kelley Wiggler tail.

With my new and lethal fish catching weapon, I began casting. My dad called me over and had me walk out to his left into deeper water. We walked up another 50 yards or so and immediately started catching fish. We looked around and saw that we were standing in trout slicks. We had trout swimming around us and popping next to us. All four of us were catching trout on almost every cast. The trout we were catching were all pretty solid fish. Through all the chaos, Julian was lucky enough to catch the biggest trout of the day. After this, it slowed down a little, but not much. I waved for the guys to move over to me to because I was surrounded by trout. We caught a few more and then we headed for a different spot for the last 30 minutes of the morning. My expectations for the day had already been surpassed because of how many fish we caught even though most of them were small. We headed back in with a decent box of fish for half a day of fishing.

We got back in and my dad and I gathered all of our decoys and headed back to the dock. We met the guys, loaded up the boat and we were off to start our hunt. My dad beached the boat on an island south of Port. We set up the decoys, loaded our shotguns, and sat on the island waiting for the ducks to fly overhead.

First, they came in groups of three or more at a time but were too high to attempt a shot. We waited maybe 10 minutes and then suddenly, a large cloud of ducks flew in. There must have been at least 100 ducks in this one group. We were all so amazed and in awe, that we didnt even think to shoot at them at all. We just let them come in and sit in with the decoys. The guys didnt wait too long before taking a few red heads out. Within 15 minutes, we had our limits of red heads. So with our time left over, the guys thought we should wait for other species of duck to come in.

While waiting, giant clouds of ducks came through our area in the thousands. We couldnt believe how many ducks there were. Even Ernest, one of the clients and the most seasoned duck hunter of the group, was amazed at the amount of ducks. We just sat there and watched them fly in and out without calling any of them in. All we had to do was aim and squeeze the trigger, not once did we have to pull out a call.

The experience of just watching so many ducks fly by and just land 10 feet away from us was purely amazing. All of us were full of awe because we had never seen anything like it before. There are only a few people that duck hunt here in Port Mansfield and that is what makes it such a prime spot for fishing and hunting. Its also the reason that there are so many ducks in our area. I enjoyed my first duck hunt with my dad and his clients. They made my experience fun and enjoyable. I hope everybody enjoyed their holidays.