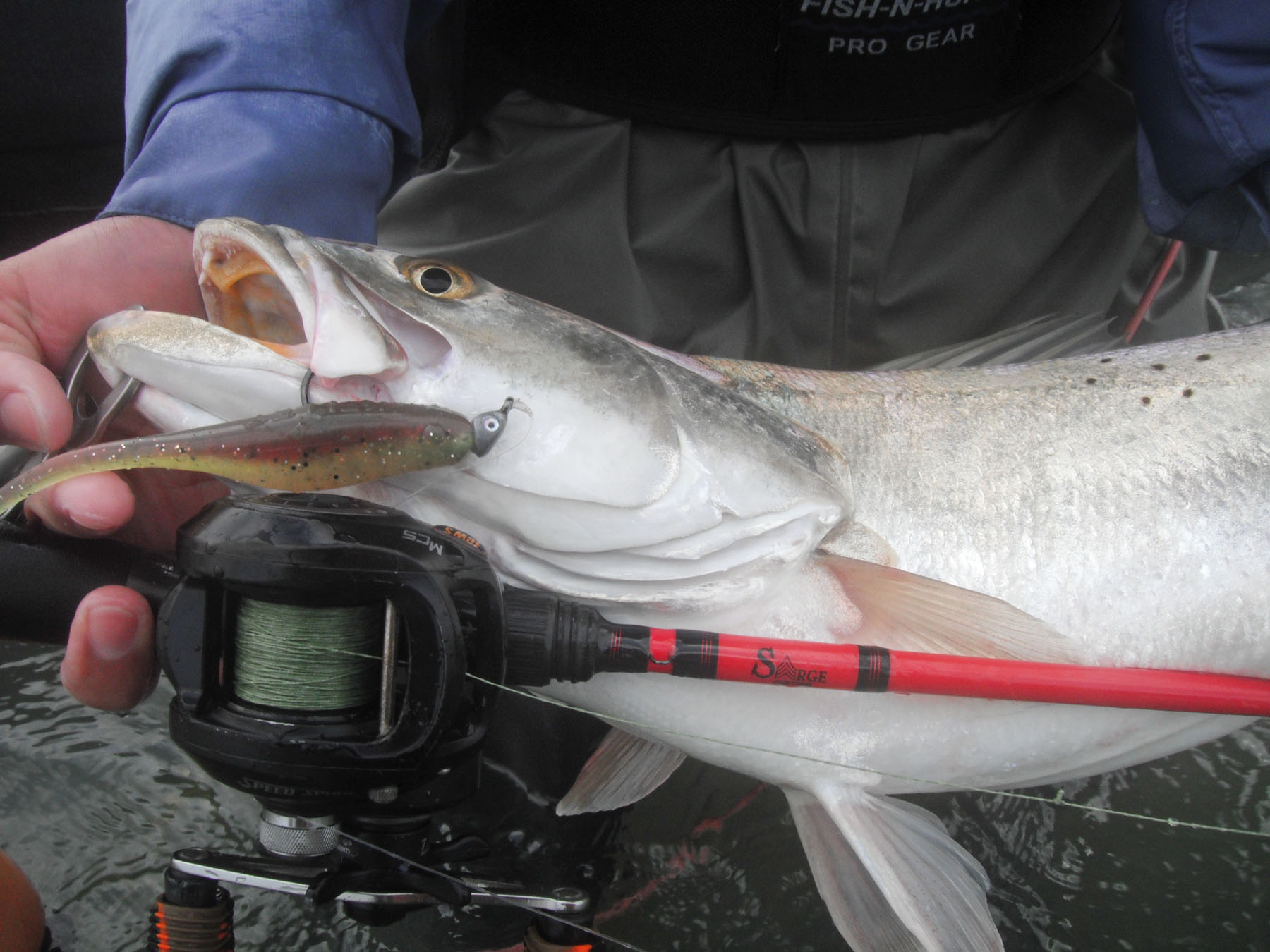 Have you ever just had a day on the water when nothing goes your way? I have these days every once and a while and when I do, there is absolutely nothing good about them. Even the little things become frustrating and so annoying that I just want to go home and go back to bed and try to forget about them. But I don't give up, I just keep on going until the end of the day. Sometimes it pays off and sometimes it doesn't, but that's fishing for you.

Recently I fished the Big Dawg Status tournament out of Port Mansfield. I was fishing with some friends of my parents, Bernie and Erika Carpio. It was definitely not my best day. I was in charge of getting the three trout that we needed so I was left wading by myself with no extra leader material, line, or rods. My team dropped me off over by Port South and I waded for a long ways. I've caught some nice fish here before but I've usually had to work to find them. When I got dropped off, there was mullet jumping all over the place and other bait was running too. I walked and walked but didn't even have a single hit. It was unbelievable because there was so much bait moving around. I was skeptical about finding any fish here because I just hadn't had any luck.

I was about to just give up after about an hour but then I hooked up. I had finally caught a fish, and now I had hope of maybe catching some more. I cast 360 around in the same spot just to see if there was another trout with the one I just caught. I was willing to try anything to catch another trout. I waded up shallow and I waded deep, but I still found no other fish.

I waded up probably another mile before I got another hit. It was so unexpected that I got a little startled for a second but after I realized it was another fish I was ecstatic, that was until I got it up right next to me. It was smaller than 15" and that was definitely not going to help my team win the tourney. I kept on moving to blow past the small fish and hopefully find some trout of a decent size (this never happened throughout the entire day). After another hour I caught another dink trout. I was ready to explode because of how many backlashes I had gotten in just three hours. My day was just getting worse by the minute. Finally Bernie and Erika came to pick me up. I told them my bad news and they told me their bad news.

We moved to a spot that my dad suggested we try out because he had caught some reds here about a week earlier. Bernie and I jumped out and started wading. We walked for a while and again nothing. After what seemed like forever, I caught another dink trout and so did Bernie. Erika had no luck drifting beside us either. We picked up and headed to another spot and it was the same, nothing. It was time for weigh-in and we had no fish, talk about a rough day.

Do you know the saying "A bad day of fishing is better than a good day at work"? Of course you do, everybody knows that saying. Well sometimes, that saying is not too truthful. Sometimes I would rather just give up and go home but I don't. I'm not a quitter and I don't give up easily, especially when it comes to fishing. I try to tell myself that it's time to give up because there are no fish but I keep going anyways. I love fishing so much that I would rather have a horrible day on the water than go do something else. As long as I'm on the water with friends, having a good time, and not sitting in school, I'm good. It doesn't matter what happens out there. I just want to have fun and be relaxed. I hope you all have a safe summer and remember that even if the fishing is tough, you're still not at school or work.