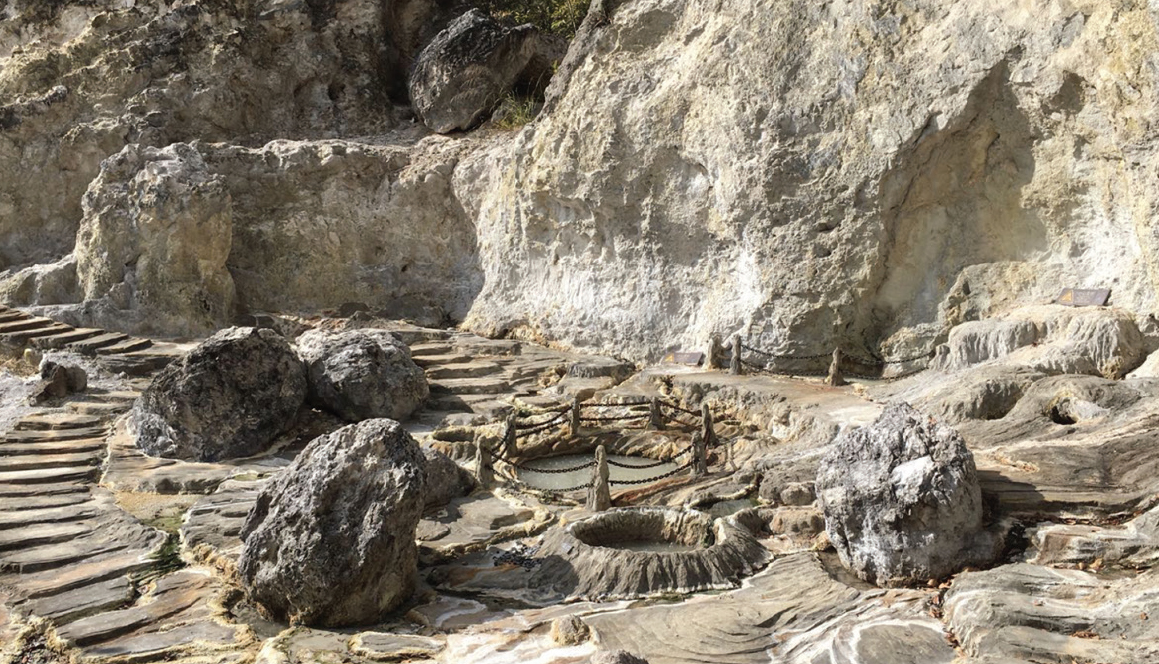 Tengchong Yunnan hot springs in China, where some of the newly described Brockarchaeota microbes were collected. Credit: Jian-Yu Jiao
Many microbes perform a key function in the cycle of life: breaking down dead and decaying organisms. But this important process often releases methane, a greenhouse gas that traps heat in the atmosphere 25 times more effectively than carbon dioxide. Now, however, a team of researchers from The University of Texas at Austin’s Marine Science Institute, working with scientists in China and The University of California at Berkeley, have discovered a new group of microbes that break down organic matter without producing methane.

The new microbes, named Brockarchaeota in honor of microbiologist Thomas Brock, live in environments with extreme heat. The researchers weren’t able to grow the microbes or examine them under a microscope, so they gathered their genetic material from hot springs in China and hydrothermal sediments in the Gulf of California. They used these samples to reconstruct the microbes’ genome—the complete set of their genes. By piecing together the genes and comparing them to data already in genetic databases, the scientists found that remnants of these microbes had been discovered all over the world, from hot springs in South Africa to Yellowstone in Wyoming to soil at the bottom of lakes in Indonesia and Rwanda.

The complete genome revealed that Brockarchaeota are part of a larger group of microbes called archaea—except Brockarchaeota use a different process to break down organisms than most archaea. Brockarchaeota do it without producing methane. This discovery has important implications for scientists studying climate change because these microbes don’t contribute greenhouse gases to the atmosphere. Further research may reveal ways these microbes could help future developments in biotechnology or biofuels.