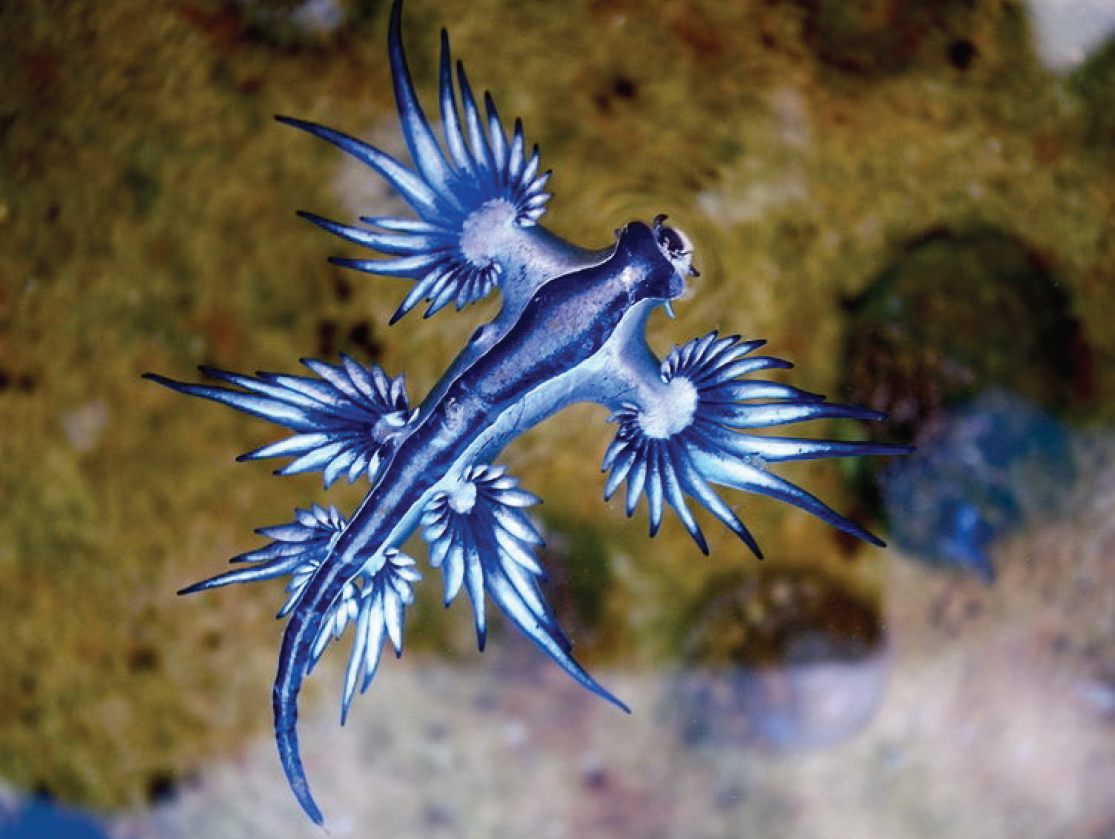 Blue dragon sea slugs have recently been found on Texas beaches. Credit: Sylke Rohrlach, Wikimedia, CC BY-SA 2.0
Dragons usually conjure images of massive, fire-breathing reptiles that fly through the air. But the dragons that have been showing up on Texas beaches recently are tinier than your thumb—and they’re in the water, not the air. Blue dragon sea slugs can’t turn you into a crispy critter with their breath, but these deceptively beautiful little creatures can deliver a sting that hurts more than second-degree burns.

Blue dragon sea slugs, a type of nudibranch, have a gorgeous deep blue on their underside. They float upside down on the surface of the water, blending in with the water as they ride ocean currents. Their top side (which faces downward) is silver/gray, allowing them to blend into the sunlight on the water’s surface when viewed from below. But why are they called dragons? Like their mythological namesakes, these sea slugs have a powerful jaw with a tooth-like radula that can rip off chunks of its favorite food, Portuguese man-of-war.

And that’s not the worst of it. Though blue dragon sea slugs are only about 3 cm long, they pack quite a punch with their venom—or rather, the venom they steal from their prey. These thieves don’t actually produce their own venom. Instead, after eating, they stockpile their prey’s stinging cells in their fan-like “fingers,” called cerata. With all these stinging cells crowded together at the tips of their cerata, their sting can actually hurt worse than that of a man-of-war. So if you come across a blue dragon, it’s no time to be a knight in shining armor. Keep your distance and admire them from afar.