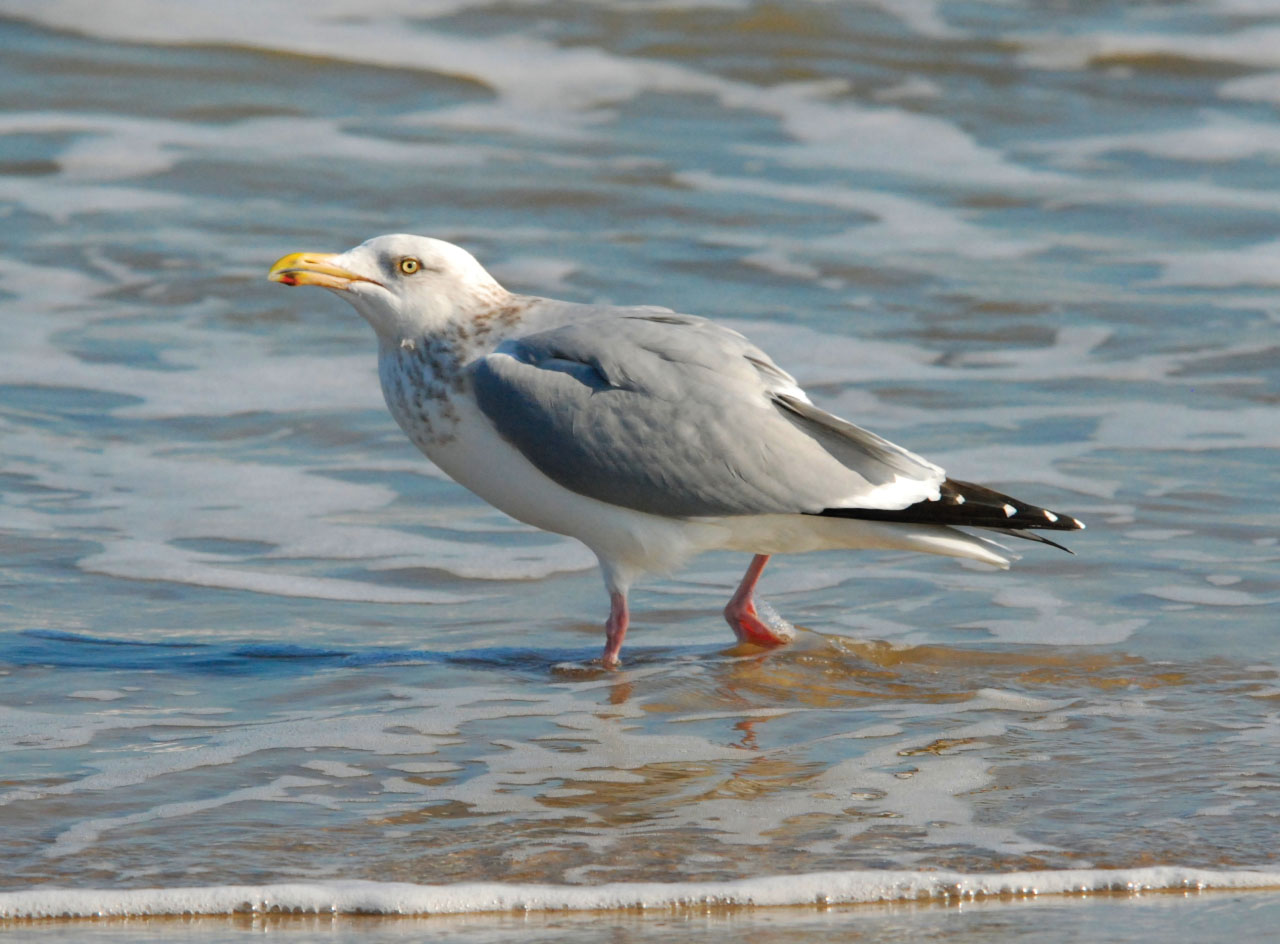 Until recently the American Herring Gull was considered a subspecies of the European Herring Gull. Winters along US and Mexico Gulf Coast, nests in Canada and Great Lakes. Abundant and spreading in number and distribution. Looms over all the other gulls and terns with which it regularly shares Texas winter beaches and lakeshores. Omnivorous feeder consuming everything from dead fish to berries and will feed on eggs and young of other bird species. Pale gray wings tipped with black; the head and under parts are white. Pale, pink legs with a red spot on its heavy, hooked, yellow bill. Does not attain adult plumage until fourth year.