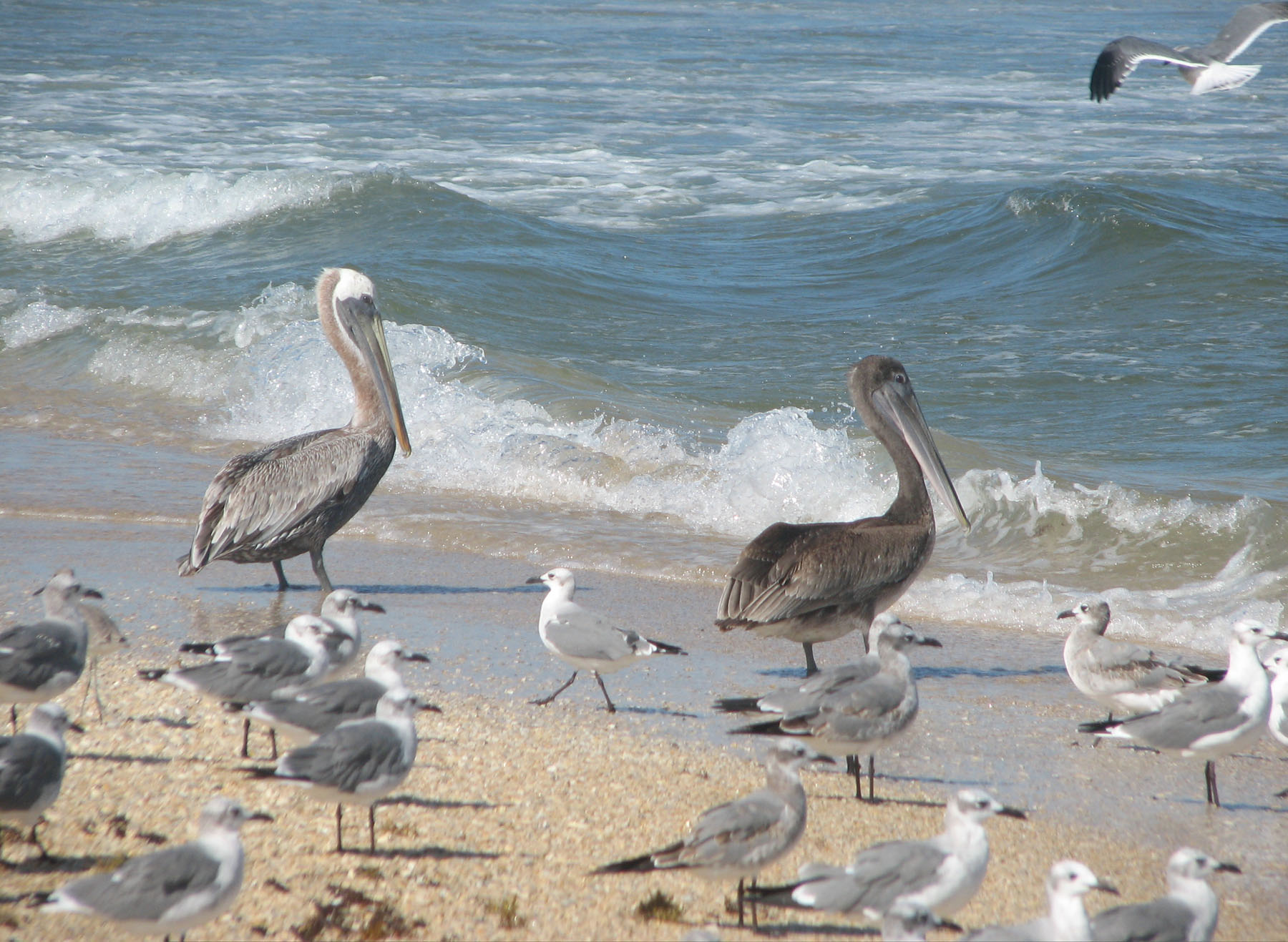 A common sight on beach fronts nowadays but it has not always been so. In 1978 Texas' entire brown pelican population was estimated at 50 birds due to effects of DDT in the food chain. Currently, following elimination of DDT usage as an agricultural pesticide, their numbers have rebounded and brown pelicans are no longer considered endangered.

Marine inhabitant, confined to North and South America. Makes spectacular dives for fish. Adult has white face and brown belly. Juvenile has brown face and white belly. (Note pic.) Feeds on shoaling fishes. Works hard for a living and is a trustworthy indicator of presence of baitfish. In the fall surf, brown pelicans often indicate the presence of jack crevalle as they both prefer larger bait fish.