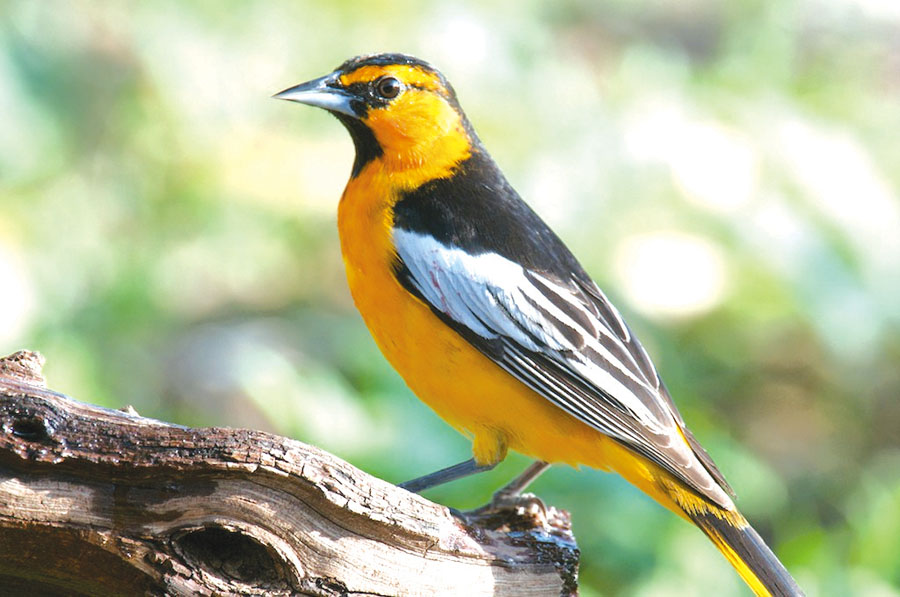 There are two species of oriole that were once considered the same; known universally as the Northern oriole. They have since been recognized separately. One of these was our bird of the month last issue; the Baltimore oriole, most common throughout the Eastern United States. This month we are looking at his western counterpart; the Bullock's Oriole. While there are many similarities between the two there are also numerous differences, including their coloration. The Bullock's Oriole, named for amateur naturalist William Bullock, has less black on the head, crown, eye line and a bold white patch on the wing.