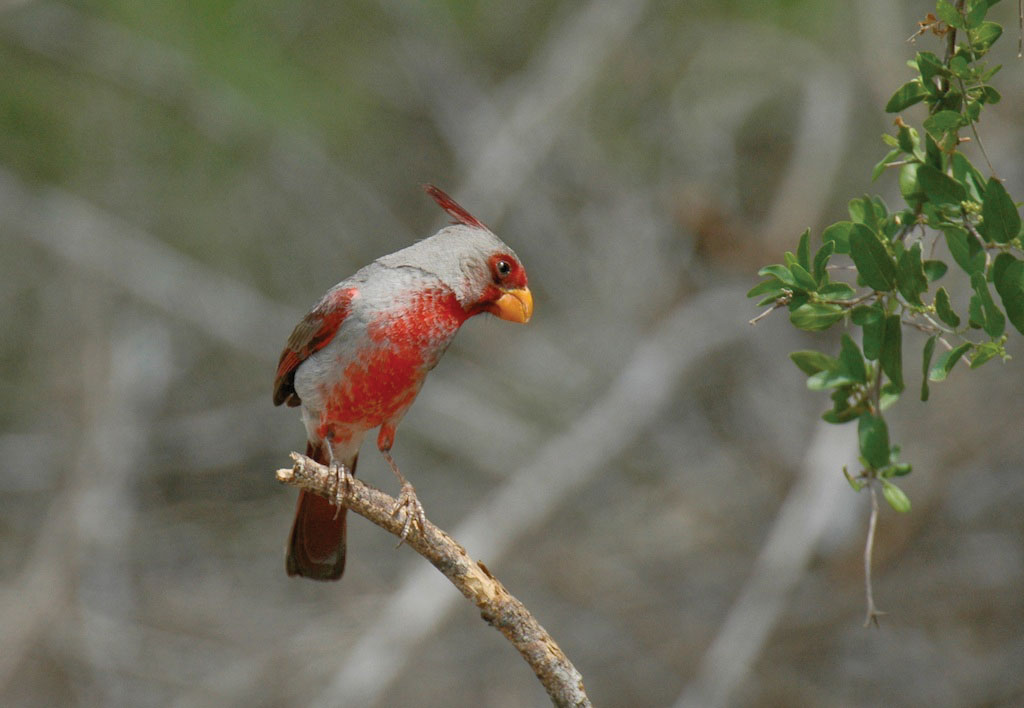 This cousin to the Northern Cardinal is often mistaken for a female northern cardinal. Pyrrhuloxia has a thick, strongly curved orange/yellow bill that helps distinguish it from the northern cardinal with its cone-shaped, reddish bill. Male is gray overall with red on face, crest, wings, tail and underparts. Female shows little or no red. Common in thorny brush and ranch lands. During winter the population increases along the immediate coast.