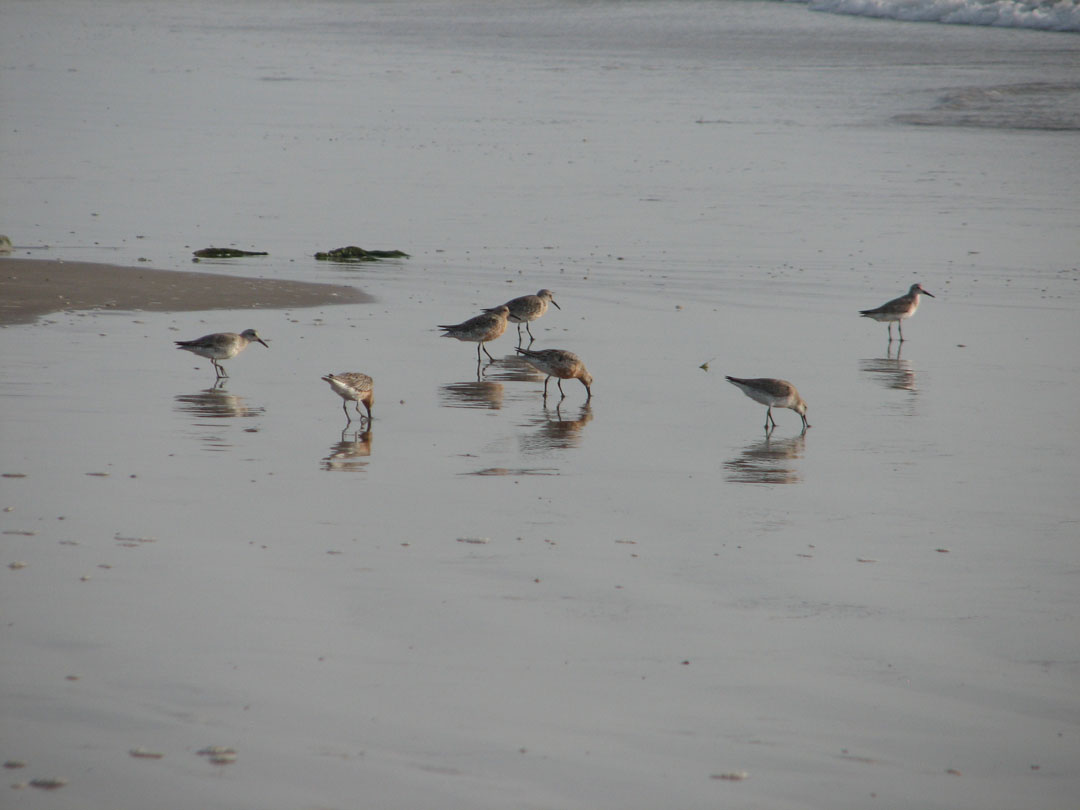 The red knot has a short bill and long wings; generally plump with a quail-like appearance. Has plain coloration except in breeding plumage when face, breast and belly turn salmon-colored. Feeds primarily on beaches and mudflats. Highly gregarious. Breeds in tundra region of the far North, winters in South America. Red Knots make migration stopovers on our coast and are present August through October and again during March through May. East Coast population has recently declined 83% due to commercial over-harvest of horseshoe crabs in Delaware Bay. Horseshoe crab eggs are a major food source for red knots on that coast.