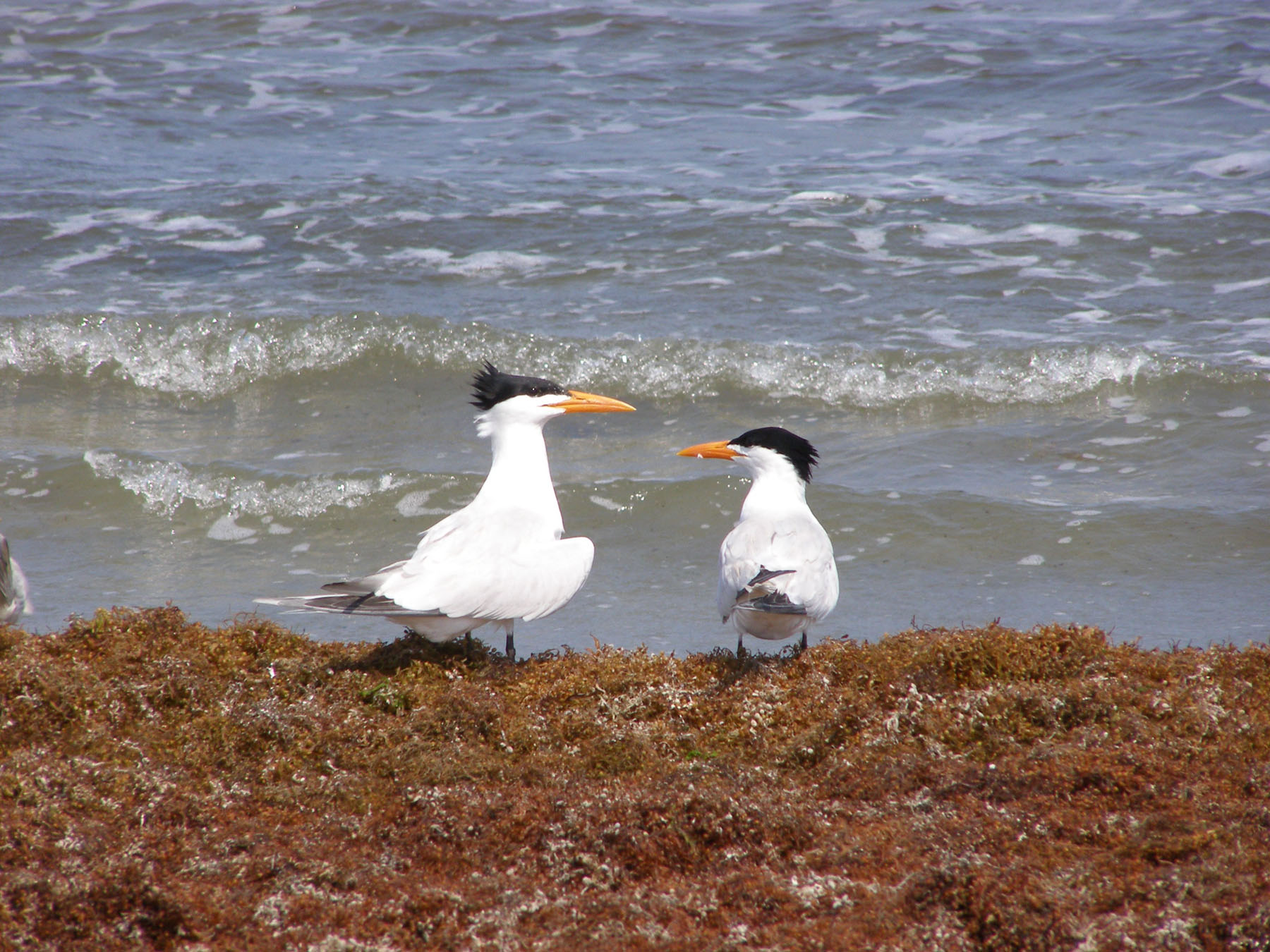 Terns are graceful fish-eating birds often found in the company of Gulls. The royal tern is present year round in Texas Coastal areas on bays, beaches and in the Gulf. Royal terns are often seen hovering and plunging headfirst for fish; they are easily identified by a bright orange bill and a black cap. Breeds on spoil islands March-August. The second largest tern species, the royal is a good indicator of baitfish presence to anglers while smaller species often feed on tiny prey and are called “Lairs Birds” by anglers as their food source is too small to tip anglers off to fish presence. The royal tern is one of the species encountered daily by fishermen throwing live croakers or fishing with top waters.