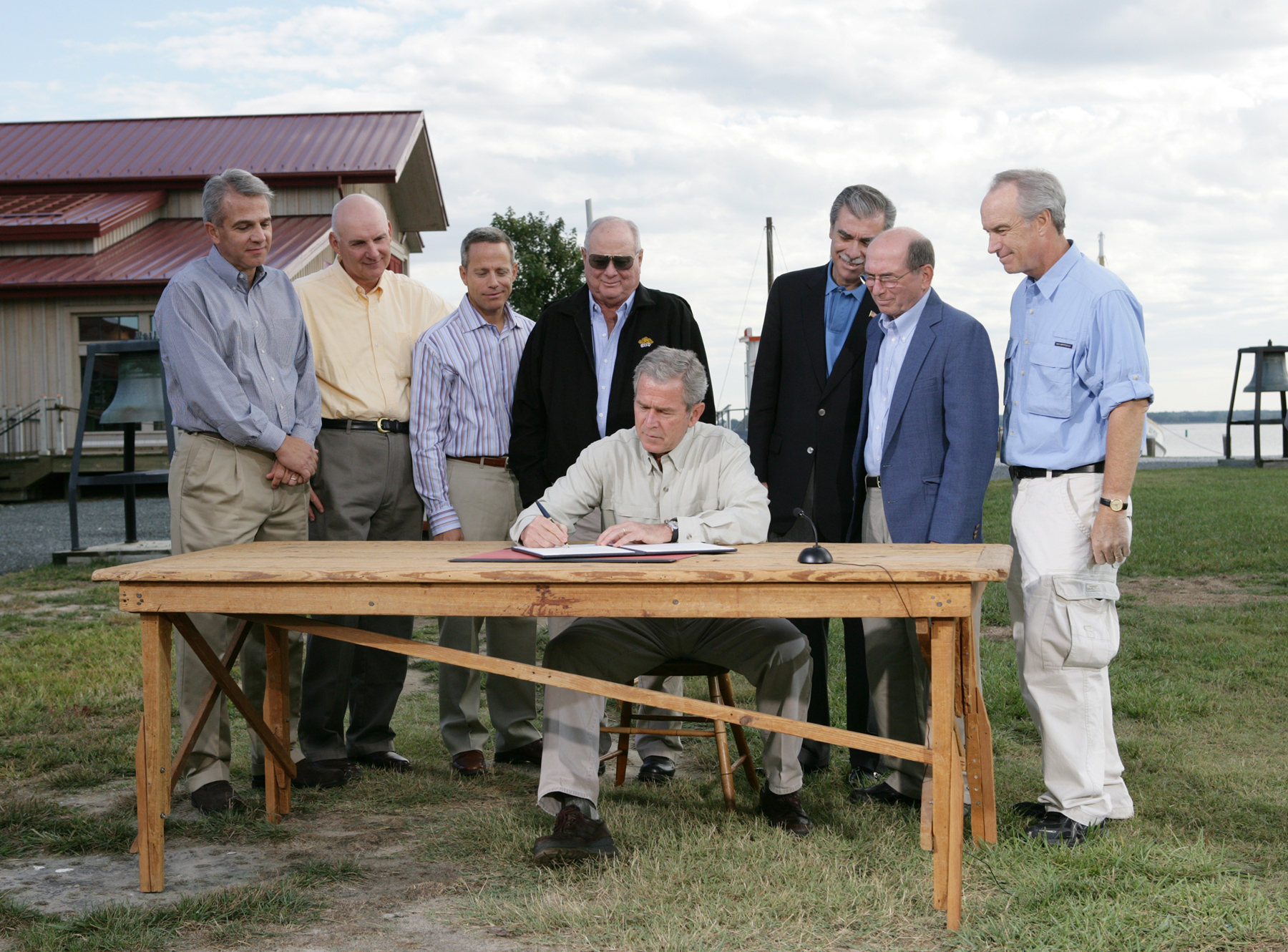 ST. MICHAELS, MD - Surrounded by conservationists and anglers on the shores of historic Chesapeake Bay, President Bush today signed an Executive Order establishing gamefish status for red drum and striped bass in federal waters. The Order is a landmark victory for recreational anglers who have fought for decades to restore and conserve two of the most coveted sport fish in America.

"With this action, the President has secured a legacy for the recreational anglers and conservationists who have worked so hard on behalf of our marine resources," said Walter W. Fondren III, chairman of Coastal Conservation Association. "When CCA began to work on recovering red drum 30 years ago in Texas, we never imagined an event like this would ever be possible. We owe a debt of gratitude to the President for recognizing the high value placed on these resources by the citizens of this country."

U.S. Presidents have issued executive orders since 1789, usually to help direct the operation of executive officers. The Executive Order signed today by President Bush instructs the Secretary of Commerce to put regulations in place establishing gamefish status for red drum and striped bass in federal waters, and encourages the states to take similar actions in state waters.

"From the darkest days of overfishing in the late 1970s and early '80s, hundreds of thousands of people have worked tirelessly to conserve these resources," said David Cummins, president of CCA. "The President today has delivered the only reward that mattered to any of them a better future for the resources they cherish."