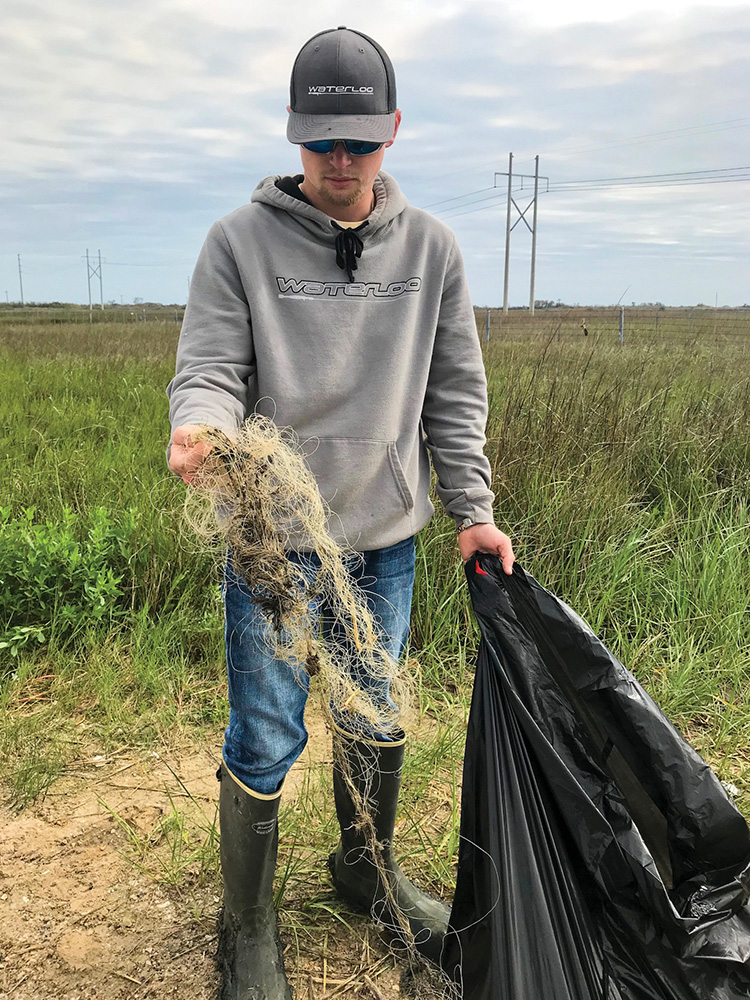 Litter is an eyesore! Some of it will biodegrade soon enough, like paper bags and food wrappers. But plastic is a whole other problem.

Plastic is going to remain in the environment for a very long time. Birds and other animals get wrapped in fishing line to suffer a slow death. Sea turtles take bites out of plastic bottles, because they think it’s a jellyfish, and it clogs their digestive system. A while back we ran a photo here in the magazine of a small plastic bottle that a reader found wadded up in a redfish’s stomach. I once caught a redfish that had swallowed an empty shotgun shell. Why not…they hit topwaters, don’t they?

So, even gamefish eat plastic. I have no idea what long term effect a wad of plastic in a fish’s stomach might be but I know it doesn’t belong there.

The effects of plastic litter in the marine environment are not always so obvious, though. Even when wind, sun, sand and wave action go to work on it, it might seem to disappear, but it’s still there. It breaks down into microscopic particles called micro-plastic, and finds its way up the aquatic food chain. How it might eventually impact fisheries and other wildlife is yet to be discovered.

To hopefully incentivize our readers, we made a simple offer: Pitch in to remove litter from Texas waterways – document your effort with photos – and win prizes. How hard could that be?

Brennan Larson is our first winner!

Brennan decided he’d seen enough litter scattered along the shoreline of a popular bank fishing spot and did something about it. He says it took him a little over an hour to gather eight large trash bags of “stuff” left behind by careless fishermen. Lots of plastic items amid beer cans and bottles, a hunk of old carpet, broken lawn chairs, and several balls of discarded fishing line.

In recognition of his excellent work he will receive; two TSFMag t-shirts, two TSFMag fishing caps, one ForEverlast Trash Sack, and one 30-ounce Yeti Rambler Tumbler!

Who’s our next winner?

Email photos and a few words to describe your own efforts to rid Texas shorelines of unsightly litter to: [email protected]