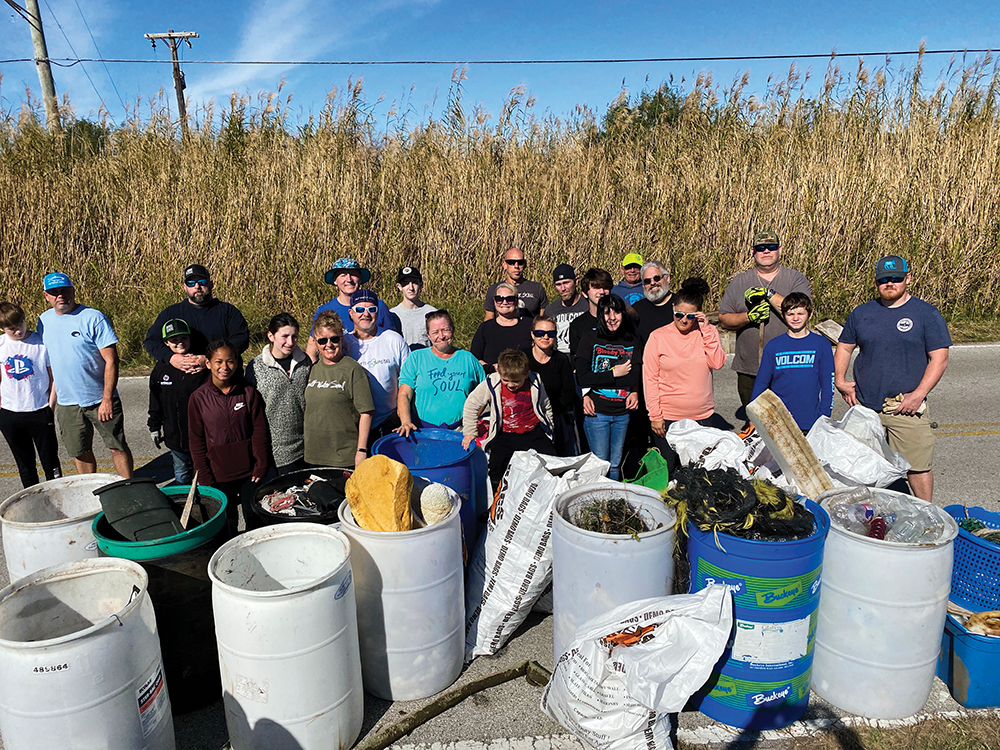 So, everybody’s heard of the three Rs. Back in grade school it meant; Reading – Riting – Rithmetic. Now that we are engaged in trying to improve the marine environment by practicing better plastic management, the three Rs have new meaning; Reduce – Recycle – Remove.

Reducing our personal usage of plastic can be accomplished in a variety of ways. We have passed along some good ideas in this column over the past year. One of the most practical for keeping plastic out of waterways is – Don’t Take It On The Boat And It Won’t End Up In The Water!

Recycling is another no-brainer, provided that you live in a community that has recycling programs and you take time to learn how to sort plastic refuse.

Remove So, when it gets right down to it, we can only control our own actions, and it turns out that it’s only a few of us against millions of them. Them being the careless people who do not practice proper plastic management. That’s where the third R (Remove) comes into to play. But you can’t get it done by simply talking about it; you have to dig in and get your hands dirty to make a difference.

Billy Ray Wagner is a man on a mission and has been making a huge difference on Galveston Island and surrounding neighborhoods. We mentioned Billy’s trash removal efforts in an earlier segment of this column – Saltwater Soul Shore Patrol. Billy has thus far staged five cleanup events that have attracted 150-plus volunteers. These are common people who have great passion for improving marine environments. They do not get paid, there is no fanfare, no notoriety to be gained. They crawl around on hands and knees cleaning drainage ditches and storm sewers, picking refuse from rip-rap, and disposing of it properly because they absolutely hate seeing waterways getting trashed. Kudos also to the City of Galveston for handling the disposal.