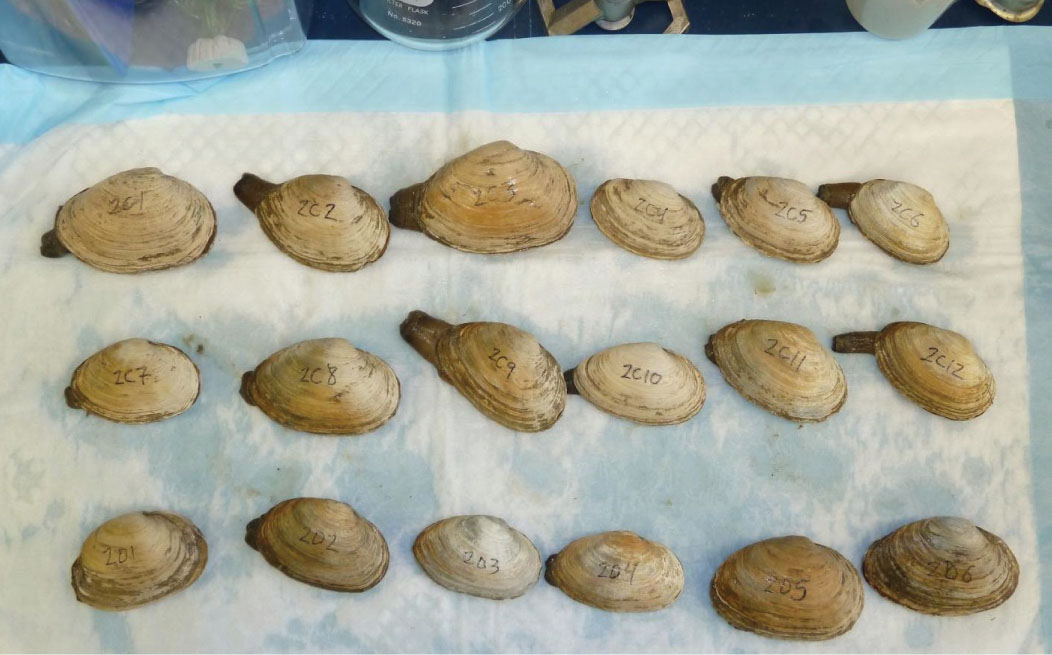 Soft shell clams about to be checked for the presence of cancer cells. Credit: Michael J. Metzger
Cancer isn’t generally contagious, but the leukemia ravaging some soft shell clam populations on the East Coast has broken that rule. Scientists recently discovered that the cancer cells killing soft shell clams in New York, Maine and Canada’s Prince Edward Island are all clones of one another.

In these three areas, the tumors have a nearly identical set of genes, but the genetic makeup of the tumors doesn’t match the genes of the clams themselves. This discovery means that the cancerous cells did not develop on their own within each sick clam. Instead, the tumor cells infecting one clam at one location spread to all the others. Until now, scientists didn’t know what caused this cancer, and they still don’t know how the first clam developed it or how it travels through the water and infects other clams. One possibility is that it happens as clams filter water when they feed.

Previously, the only two types of cancer known to be contagious were a sexually transmitted cancer in dogs and a face cancer in Tasmanian devils that is passed along with a bite. Each of these, though, requires direct contact, and soft shell clams don’t typically come into contact with one another. Now, the study’s researchers suspect infectious cancer among animals is more common than originally thought.

This finding has only raised more questions. Are other cancers contagious through sea water? How far can the cancer cells travel? Can this specific leukemia infect other types of clams or mollusks? This may be a scary finding, but the upside is that finding answers to cancer in clams may lead to breakthroughs for treating human cancer as well.