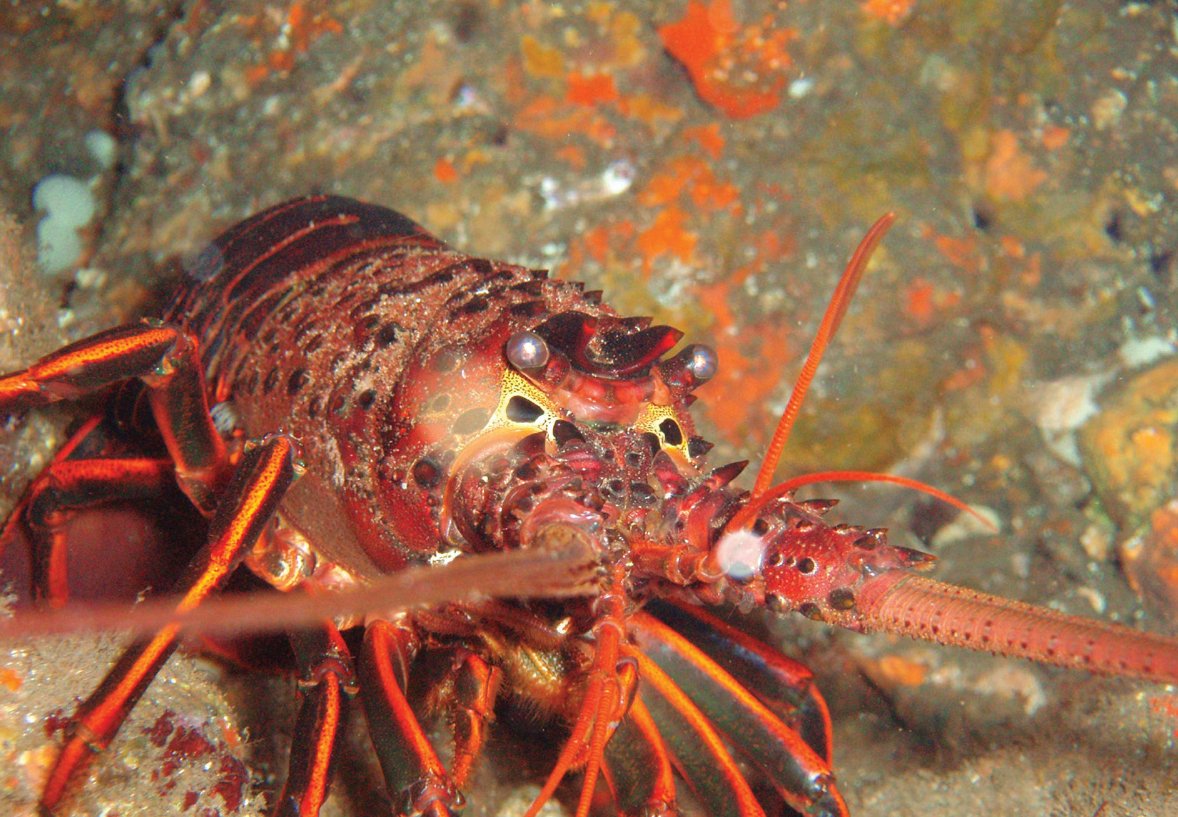 Spiny lobsters can make sound in a manner similar to pulling a bow across violin strings. Credit: NOAA

If you’re a Disney fan, you’re probably familiar with Sebastian, the lobster who sings “Under the Sea” in The Little Mermaid. Of course, lobsters don’t sing in real life—but some of them do appear to play a violin of sorts. The spiny lobster does not scuttle around with an actual tiny fiddle, but it makes sounds using a mechanism similar to pulling a soft bow across strings.

Spiny lobsters have a structure called a “file” located near their eyes. It is similar to the file crickets use to make their chirps. By moving its antennae, the lobster rubs a piece of soft tissue, known as a plectrum, across the file. The friction creates sound. The scientist who discovered this behavior used a tiny microphone and a motion detector attached to the plectrum to gather data to learn how the lobster made its sound.

The sound they produce is not especially melodic. It is more like the screechy whine produced by rubbing a moist finger on a balloon. Lobsters appear to use the sound primarily to startle predators for a brief moment, giving the lobster time to scurry away to safety. Such a strategy can be particularly helpful when spiny lobsters molt. Then, their shell is too soft to protect them. So, even at their most vulnerable, spiny lobsters can use “music” to protect themselves.