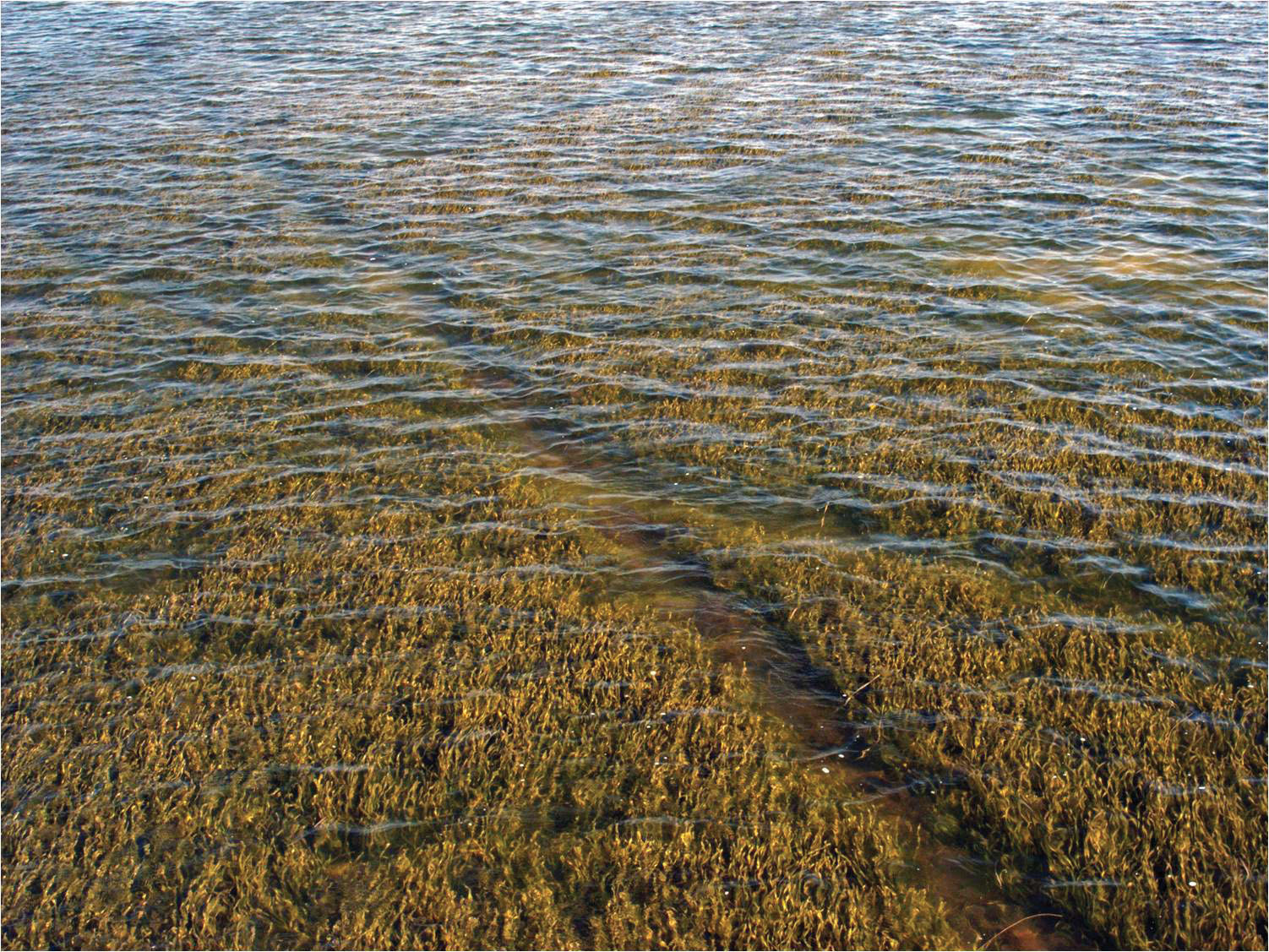 The time required to heal a prop scar varies with the composition of the bay floor, the type of seagrass, and of course – the depth to which it was cut.

Does the following scenario sound familiar to you? It is one of those picture perfect days. The sun is just coming over the horizon. It isn't too hot or too cold. Your boat is up on plane and you're headed for your favorite shallow water fishing spot. You make a fine drift across your favorite shallow flat and catch a few good size redfish. As your drift comes to an end you start your engine, and try to get back up on plane. But alas, you find that the water is too shallow for a normal escape from the shallows. Not to worry - you have a trick up your sleeve. You gun the throttle, cut the helm hard to one side, and do a doughnut. There, you're up on plane again and you head back to make another drift. What a beautiful day. Sure, you may have plowed up little seagrass with the maneuver, but that's no big deal, right?

Wrong! While each individual little scar may not be of much concern, if you look at the sum of these scars the picture changes. This especially holds true for areas with limited deepwater access and unique habitat such as South Bay in the lower Laguna Madre. Located at the southern tip of Texas, South Bay comes to within a mile of the Rio Grande at its southern end and connects to the Brownsville Ship Channel at the northern end. In 1988 South Bay's approximately 3500 surface acres was leased to TPWD by the General Land Office (GLO) to manage as a Coastal Preserve. This is due in part to its unique ecological characteristics. The bay has extensive areas of submerged aquatic vegetation (seagrass), oyster reefs, and other important aquatic habitats. With an average depth of two feet, and some of the clearest waters in Texas, South Bay is prime seagrass habitat.

Seagrass beds like those found in South Bay play a critical role in the coastal environment including use as nursery, breeding habitat, and a source of food. They also play a critical role in stabilizing coastal erosion and sedimentation. And of particular interest to the readers of this magazine, seagrass beds are ideal areas for recreational anglers to target when seeking spotted seatrout, red drum, and snook. In fact, South Bay is home to approximately 90 finfish species and 25 invertebrate species. Nearly all of which depend on the seagrass beds for at least part of their life cycle.

Seagrasses also play an important role in the lives of a variety of other wildlife species including: migratory waterfowl, sea turtles, manatees, and numerous wading and diving birds. Although some of these animals consume seagrasses directly (i.e. redhead ducks that feed on seagrass rhizomes and sea turtles that eat the leaves), the seagrass beds also harbor a host of prey items such as shrimps and crabs that wading birds feed on.

Given the shallowness of South Bay, and many other areas of the lower Laguna Madre, one of the greatest threats to seagrasses is physical damage from human disturbances. Recreational boating activity in these areas can cause extensive damage to seagrasses through the uprooting of seagrass by boat propellers, like the example given at the beginning of this article. The time necessary for the seagrasses to recover from this type of damage is highly variable. The recovery time depends on the size and depth of the cut and also the type of seagrass and can take multiple years to heal completely.

Boaters can minimize seagrass destruction by lifting their motors and drifting, poling, or trolling through shallow areas. Other measures boaters should consider include

Boaters should regularly check their wake; if the water is muddy then the propeller may be cutting into the bay bottom and causing damage. It is the boaters responsibility to know the depth of the area they are running in and to avoid areas too shallow for their boat.

Remember: Run TO the flats, NOT THROUGH the flats.