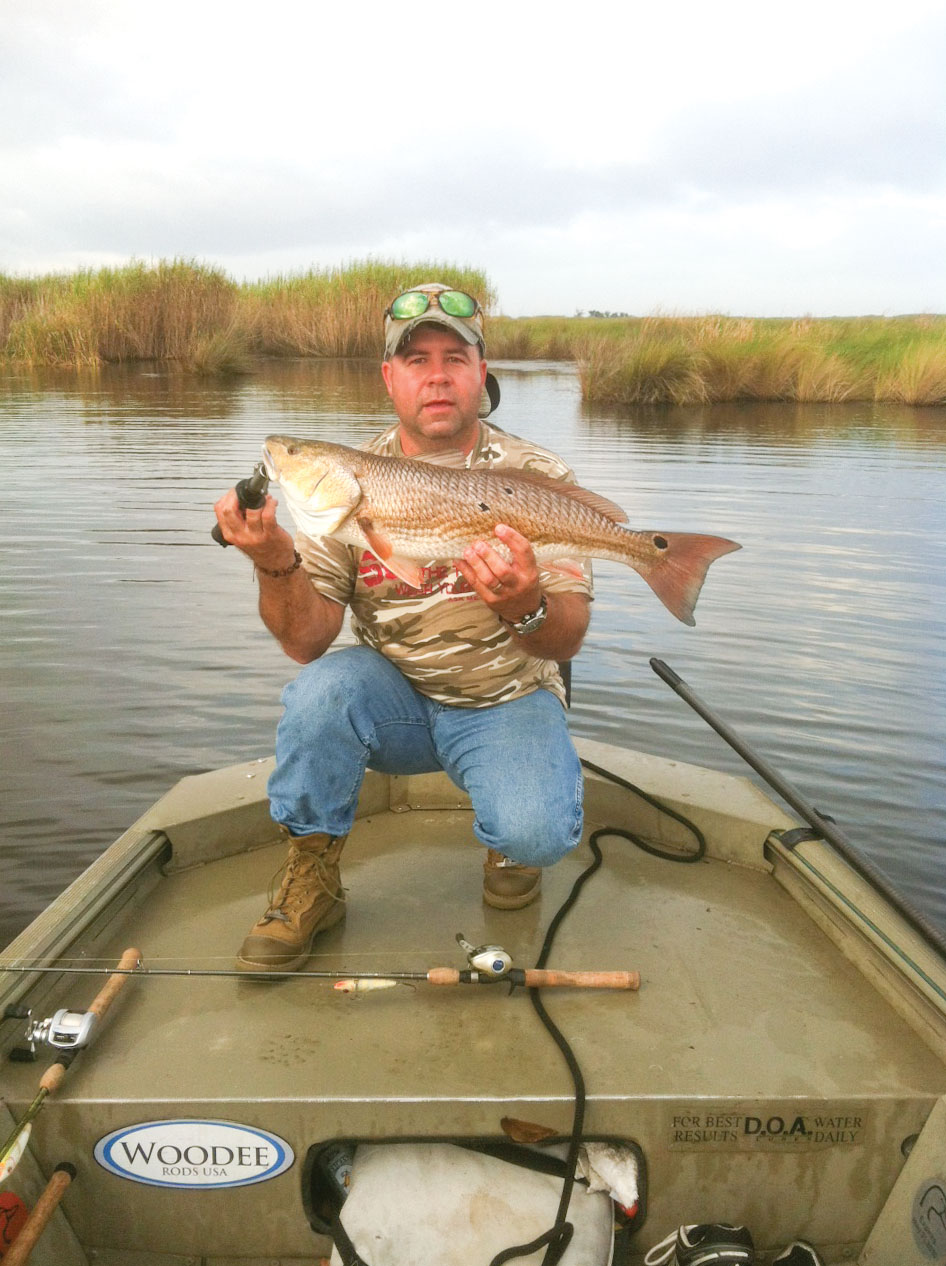 A mile in my shoes!
Perhaps one of the things I am most proud of with my association to Texas Saltwater Fishing Magazine is the fact we have an editor who routinely pays thanks to the men and women of our military. During the month of November when we routinely look back at the things we are thankful for and start to try and count our blessings, we should certainly not forget the military personnel who protect our freedom. Often times we take things for granted, to be able to come and go as we please and do things people in other countries can only dream of.

A few months ago I walked in the living room at my house and found my wife reading Lone Survivor by Marcus Luttrell. Many of you have read the book or heard the stories about Luttrell and his Seal Team and their tragic mission in Afghanistan, a very humbling account of how dedicated these soldiers are. When I asked my wife why she would read a book like that she told me she had run across a website called www.bootcampaign.com and was inspired to read the book. A group of women from Texas were so moved by the book that they decided to start a program to help service men and women when they returned home from military duty. Their program consists of selling combat boots to the public and using the proceeds to help fund various programs for these soldiers when they get back to the States. The story of how the program got started and how it has spread is simply amazing and well worth checking out.

One of the really neat features on the website is a photo gallery of people including actors, politicians, sports celebrities, and everyday common folks wearing their boots to various events. People have run marathons in them, been married in them you name it. What a fabulous tribute to someone they know in the military. After seeing all these photos I knew I wanted to do my part so I decided I would wear mine to fish in from time to time, I figured if those brave men and women could wear them all the time I could do my part as well. I must admit I have never felt better about something as small as wearing a pair of boots in my life because there is nothing like participating with a purpose. When you read this article do yourself a favor and check out the website and give thanks to the folks who protect your freedom every day.

Now with the November chill in the air and December right around the corner a few things have certainly changed for most anglers. For many the thought of a fishing rod has been overshadowed by the need to pick up a gun or a bow and chase their favorite wild game. The percentage of fishermen who leave the bays to hunt is a welcome sight for the diehard anglers who inhabit the saltwater twelve months a year. September and October are typically the busiest and most high traffic months of the year; everyone is trying to take advantage of easy fishing and cooler temperatures so the bays around here get crowded in a hurry. November can test even the toughest anglers as more consistent cold fronts can whip a bay into a muddy chop overnight. The flipside to that is of course the days when the winds lay and the fish become nearly suicidal as they gorge on shrimp and anything else that wont eat them first.

Several really solid patterns will emerge and tend to spread out whats left of the angling crowd. Yes, there will still be those folks who will run and gun after schooling fish under the birds but that wont be the only game in town. The big trout hunters will start to show up on all the major Sabine flats looking to tangle with that one fish of their dreams. November and December are easily two of the best months all year to score a really big trout and you can bet there will be some caught that will be bona fide trophies, happens every year at this time for those who put in the hours and have the patience to do what it takes in order to catch those big fish.

While the waders and trophy hunters are prowling the shallow flats there will be others who are anchored up in the deep water doing a number on the trout and redfish with both live bait and artificials. The lack of significant run off from up north has left the Sabine River in pristine condition and that spells good things for those folks who want to save gas money and still catch some good fish. Live shad or mullet on Carolina rigs along with an assortment of swimbaits will put you in business and likely get your string stretched along most of the breaks in the river and ICW. The bonus fish will be some of the stripers that invariably show up as the weather gets colder and nastier. Be ready because those striped bass get big and will flat-out punish you on light tackle. I have taken stripers on fly gear that pushed 12 pounds and seen fish over 30 pounds caught on artificial and live bait. They are more than a handful, believe me.

Now with fewer anglers on the water and more patterns to choose from, it would stand to reason that this would certainly be something for fishermen to be thankful for. The overall size and quantity of the fish in our part of the world is another thing to add to the thankful list as we have seen some really quality fish this fall. The health of our marshes and estuaries is about as good as we have seen in some time and the fact that we have not had a major storm in quite some time has been a big factor for sure. The healthy marsh system that feeds Sabine Lake is the life blood of the bay and right now we are getting all passing grades. Unlike last year at this time when the big lakes to our north were so low we will have to deal with more run off this winter as both Toledo Bend and Sam Rayburn will certainly release some water at times. As long as we dont just get flooded up north and have a huge amount of water released both the rivers and the lake should keep great clarity and the fishing should remain consistent for quite a while. This pattern is one that I, along with many others, will look forward to fishing for weeks to come.

I certainly hope you all get a chance to enjoy some of the amazing fall and early winter fishing that we are set up for because it doesnt happen like this all the time. Take advantage of the opportunity but remember to be responsible as well.