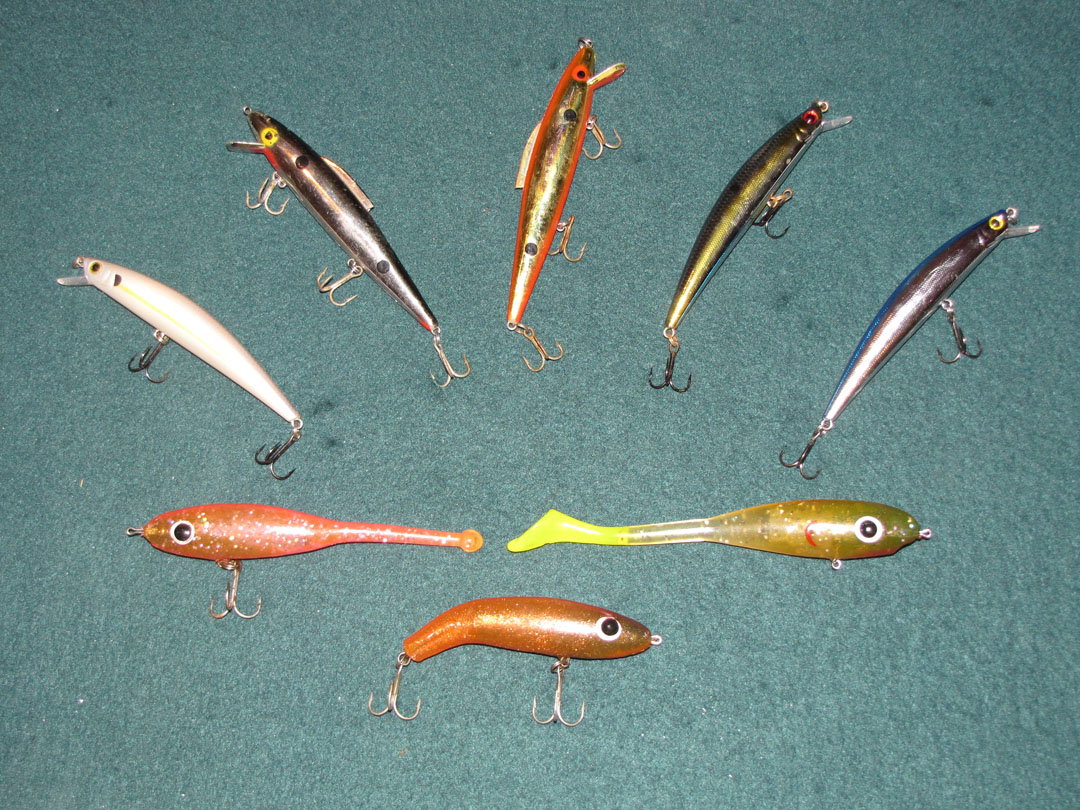 In every sport we find different levels of skill and accomplishment. In baseball you have rookie leagues, minor leagues, and then you have the guys in the majors who are at the top of the food chain so to speak. Far too many times in magazines like this one, writers take for granted that everyone out there fishes like we do. Nothing could be farther from the truth. No, I am not saying that I'm better or more accomplished than other people; I just have a little more time on the water than most and this allows me to make a few judgment calls.

I often hear from fishermen hoping to learn certain techniques or how to use various lures. Each individual has their own comfort zone and for some the thought of fishing with a lure many of us take for granted is a daunting task. I remember when I was really into fishing freshwater lakes and all I could think of was bass. There were times during the year when I could catch fish with the best of them; throwing spinnerbaits and topwaters along with Texas-rigged worms was right down my alley. Other times, though, my baits and techniques were not productive and I had a problem. For the life of me I could not fish a jig. The slow nature of jig fishing made me feel like I was suffocating. Finally, I forced myself to take only a box of jigs. This radical plan proved to be a good idea as I eventually became skilled in the art of jig fishing. I still don't like it but at least I can do it.

Saltwater anglers encounter similar difficulties. I can't tell you how many people have asked me for my opinion on how to fish a Corky. For many situations just like this, there are some excellent alternatives that often times will work even better than the lure you struggle to master.

For example: And we'll use the Corky since we already mentioned it; the Corky is easily one of the most recognizable lures here in Texas where many place it on a pedestal. For all those who praise this lure for it's fish catching ability there are just as many who curse it because they can't get a grip on how to use it effectively. Well for all those who fall into the struggling category, let me introduce a remedy. Shallow running crankbaits, also known as stick baits, are just what the doctor ordered. For years these baits have been a staple of freshwater fishermen all over the country and they are famous for their subtle action that attracts vicious strikes from even the most finicky fish.

Crankbaits are usually categorized by the depth they will run. Shallow models swim just under the surface and can be pulled down about one foot. Big-billed crankbaits will plow to depths of over 20 feet if need be. My favorites run at depths of one to four feet, are generally about four inches in length, and have a small bill that creates a tight wobble when reeled down or twitched. These baits are perfect for working shallow shell because they dive down to the shell and rattle around in there as they are being retrieved. Once you feel the shell you can stop reeling and the bait will actually back up and float to the surface. This is when you get a high percentage of your strikes. My go-to list includes the Slapstick by Bill Lewis, Storm's Thunderstick, Smithwick's Rogue, the Yozuri Crystal Minnow and the Long Cast Minnow by Rapala.

These baits do not require a ton of finesse or secret retrieve to catch fish. Using basically the same rod tip action as with a topwater plug, you just point your rod toward the surface of the water and reel in with a constant speed or twitch with brief pauses. The action and sound emitting qualities are built-in and there is no wrong way. I remove the split rings and tie with a loop knot to retain action eliminate bill fouling that is common when tying to the rings. Hanging shell is not a problem as the plug usually floats free given a bit of slack. Even when you break one off it will float to the surface about 80% of the time and you can retrieve it. How's that for a confidence boost?

Another great alternative to slow sinkers is a Bass Assassin rigged weedless with an Owner Phantom Tube Hook. The tube hooks have a barbell weight attached to the eye. This is embedded in the soft plastic to complete the weedless rigging. The combination gives you weight to fish deeper water and make longer casts as well as being virtually snag free. I fish these hooks on a regular basis and they are stout, the points hold up well and they are extremely sharp. I really like this combination for fishing in grass or shell because you have the confidence to throw the bait in the cover where the fish are without worry of losing your lure.

While we are on the subject of alternatives; I have a suggestion for your next reel. The Quantum Catalyst series reels are about as good as it gets. I have been fishing the CT 100 HPTS for several months now. This is a bona fide fish-catching piece of machinery sporting seven Hybrid polymer/stainless bearings making it silky smooth. Weighing in at just 7.5 ounces, the Catalyst PT utilizes a one-piece aluminum frame design protected with Quantum's own Saltgard 6-layer corrosion protection so it looks as good as it fishes. The 7:1 gear ratio is a real bonus as well. I always subscribed to the idea that says you can always slow down but you can only go as fast as the reel will let you. The 7:1 retrieve ratio is great for making up line on a fish that's running to you and the ceramic drag system is top notch in my book. The convenient side plate allows you to make casting brake adjustments without worry of saltwater intrusion or dropping parts in the water. The price on these reels leaves you plenty of cash for other fishing gear and the quality ensures you will have a great piece of equipment for a long time.

Now before you get the notion that this is a paid advertisement; I bought mine and will buy more if that tells you how strongly I feel about the Quantum Catalyst reels. I recently put them to the test while pre-fishing the Galveston Jetties for the Redfish Cup and they worked marvelously on bull redfish to 40-inches and jack crevalle to 25-pounds. Check one out at your local tackle shop; they are the real deal and American made to boot!