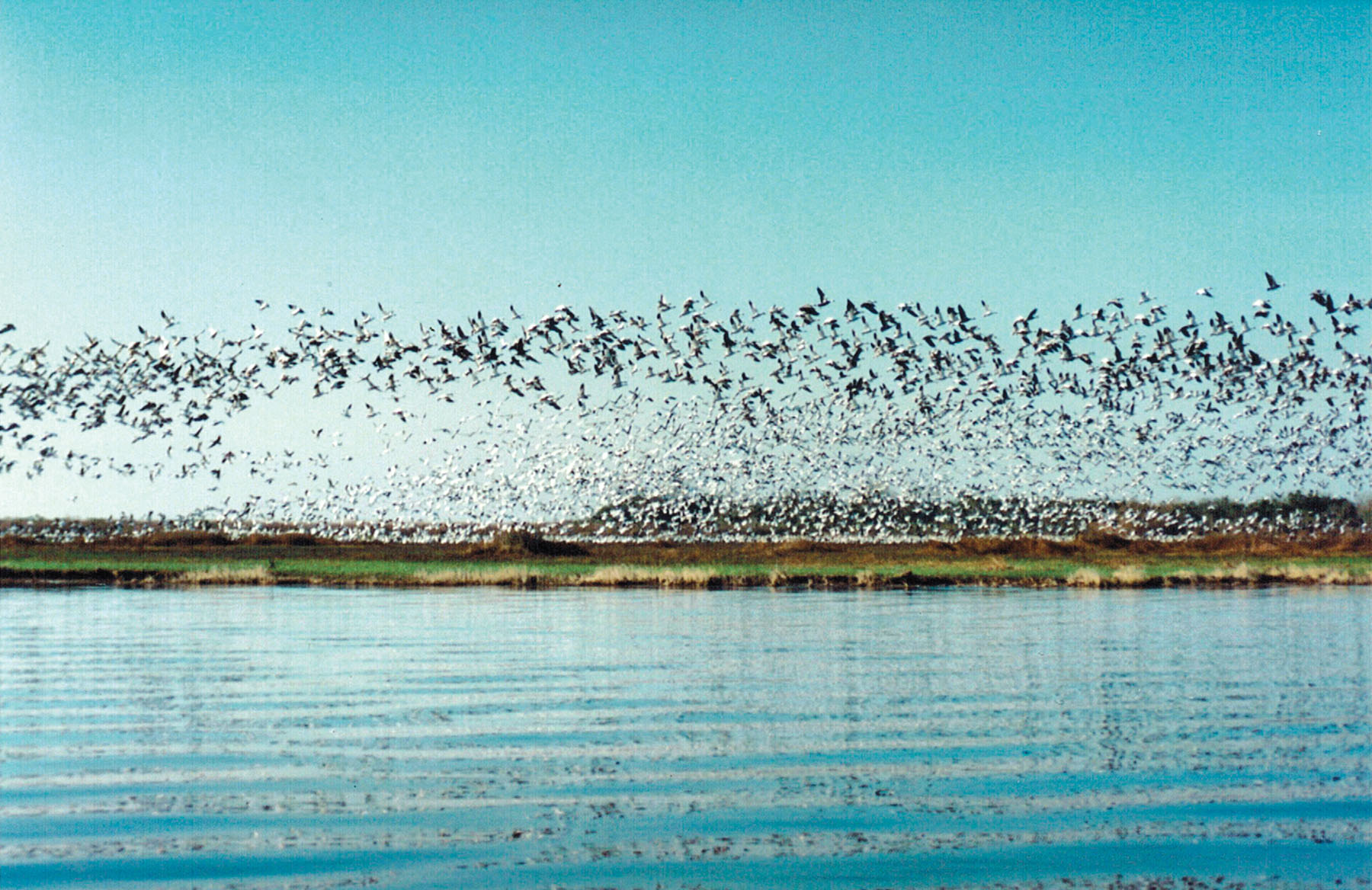 The mix of both birds and fish make almost any sportsman wonder if it really can get any better.
Before we take off on our monthly tour of my part of the world I have to get something off my chest, something that hit me hard recently after reading the Letters to the Editor in our last issue. A soldier from Houston who is in Iraq had written to Everett and told how much he and his fellow soldiers enjoyed the magazine because it made them feel like they were home. Several of these soldiers were from the Houston area so I am sure they knew of all the different fishing venues along the coast and I would wager that they would love to be back here enjoying some of the fishing that we write about each month.

At the time I read the letter I was in the midst of being mad about something very trivial, something nowhere near as difficult or dangerous as what these guys deal with every day. I must admit that after careful reflection I was embarrassed at my actions, here I was mad about some insignificant nothing while these fine people are thousands of miles from home taking care of bad things no one else wants to deal with on my behalf. For everything you do on behalf of those of us back here in the states I want to publicly thank you and wish each and every one you a safe journey home.

December is the month of Christmas and giving, and rather than write the same old year end article I want put a personal spin on the idea and invite some of these soldiers to come and fish some time so I can give a gift the way it was meant to be given. For those of you who are wondering why this stuff is at the beginning of the article rather than the last paragraph, it just felt like the thing to do at this time. And besides that these soldiers deserve a little "first in line treatment" every now and then rather than being thanked at the end of an article. Now let's get on with the fishing, wherever you are.

As many of you may already know I really hate predictable stuff, especially when it comes to outdoor articles. This is the biggest reason I try to give a little different version when I get the chance.
I must admit that our very own Mike "McTrout" McBride is my hero since he continually comes up with new and creative stuff concerning speckled trout and redfish. I always wonder when the well will run dry and he has nothing left to write about. Other publications on the other hand continue to regurgitate the same tired old articles every year at the same time; it is too predictable to say the least so I try to shy away from these stories if at all possible and the Sabine area is the perfect place to accomplish this task. Very few places on the coast can claim the variety and/or quality of some the fish we routinely catch. The multitude of species that can be targeted during different times of the year makes this place very special and December quite possibly could be one of the best months to find that out.

This year has been anything but typical. In a typical year we would have had nearly a month of bird fishing under our belts. This year we are at least a month behind thanks to the high tides and wind of October and early November keeping all the shrimp in the marshes. We finally got the first big fronts of the year and the schooling action has begun to say the least. At this time we are enjoying several different patterns that produce fish and all I can say is the variety is most enjoyable. Everyone knows about chasing flocks of gulls around and how much fun that can be as long as we all play nice and don't crowd or use bad manners. The trout and redfish under the birds in the main lake will provide some excellent action through Christmas as long as we don't get too much rain or ultra cold. Despite what you may think or read the wide open schooling action is not the only game in town.

For many local anglers the schooling activity means fewer folks will be chasing flounder and that's okay with them. I have a hard time turning my back on diving screeching gulls on the open water only to stare at the bank or a small drain looking for flounder, I am just not wired like that but some folks are. The big push of flat fish is in full swing and I have to say we caught some of the prettiest fish I have seen in a long time. During one period of high wind where the lake was off limits we retreated to the protection of the river and were rewarded with some outstanding flounder while fishing small finger mullet. One such afternoon was punctuated with a limit of flounder ranging from 2 to 4 pounds, talk about gorgeous fish. The tried and true flounder folks will be very discreet and rarely noticed by the speed demons in search of the next flock gulls, truth be told though, that's how they like it. Some of the best flounder of the year will taken this month by fishermen probing the deeper cuts and points along the river and Intracoastal channels as the flounder exit the marsh. Look for this pattern to hold up strong until the end of the month.

Like Baskin Robbins and their famous 31-Flavors, there is yet another flavor to enjoy on Sabine and that's striped bass. Along the banks of the Sabine River during outgoing tides one can tangle with a true giant fish if you happen to be so lucky, stripers in excess of 30 pounds are caught here each winter and keep many anglers coming back for more. Typical striper fishing tactics work well and quality electronics are a must if you hope to pinpoint these fish.

Much of the time these fish will suspend and for that reason many folks fail to figure out how to catch them. When stripers are busting bait on the surface anyone can be a hero but it takes a little bit of technique to catch them when they suspend. Perhaps the favorite lure for catching suspended stripers is the Hoginar; a rather small lure that is fished both as a crankbait and also vertically jigged. The vibration of the Hoginar along with the size is probably the key to its success as a striper magnet. A by-product of using the Hoginar is all the redfish you will catch while throwing this versatile little bait, it produces year round but shines the brightest in winter.

I have a fond appreciation for the months of November and December as the seasons collide and everything seems to get really good all at once. The first geese show themselves ahead of colder air and that is one thing that really gets me pumped. I have enjoyed some great days along the south shoreline of Sabine catching trout and listening to thousands of geese as they gather up and feed along the bank. The fishing and hunting both seem to be in high gear as the days get shorter and the action only gets hotter. Before you know it we will be in full-fledged winter mode probing the shallow flats for a big trout or in a duck blind trying coax in a flock of wary birds. Neither choice is bad if you ask me, I could be happy either way as long I get to share it with good people.

I have often wondered what it would be like to live in another part of the world and experience some different things. I entertain places like Colorado, Mexico, or Argentina in my mind. While all of these places are wonderful destinations I always wind up coming back home because we have so many different things available. Colorado doesn't have redfish, Mexico lacks snow geese, and Argentina has drawbacks as well. I guess in the grand scheme of things I really am thankful for where I live and all the opportunities that surround this area. No other month can make this point as clear. Merry Christmas and good fishing!