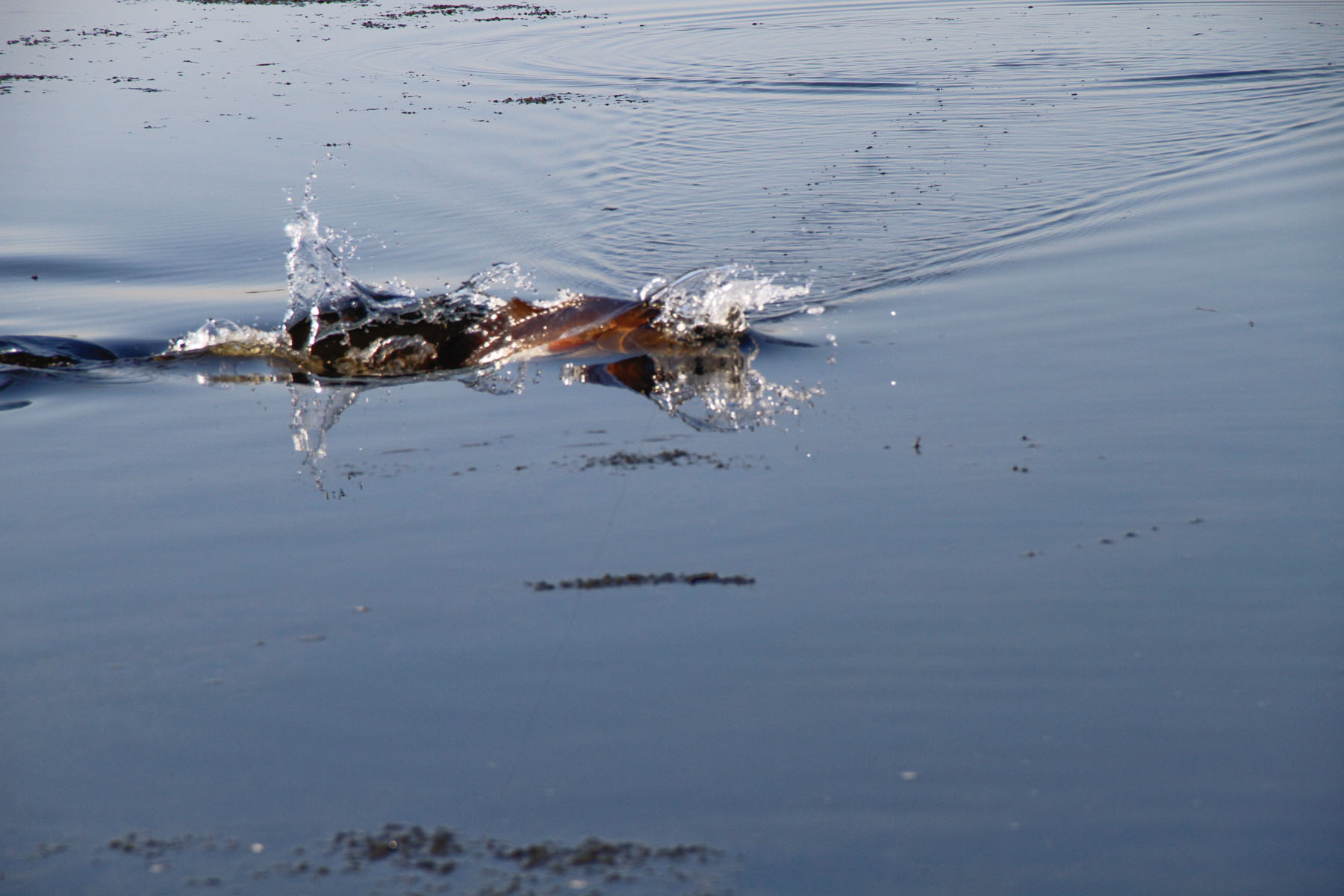 Several years ago, I sat at a kitchen table listening intently to wise words offered by my good friend and mentor, Capt. Dickie Colburn. Son, I'm telling you now, as Hunter grows older your days on the water will get shorter and that's exactly the way it should work. If I ever find out that you skipped out on one of his ballgames or other activities to run a fishing charter, you and I will have large problems...understand?

I can still hear his words as loud and clear as when he first spoke them. I often call Dickie and remind him of the conversations we've had and tell him that if he ever quits fishing he can take over for Miss Cleo on the psychic hotline because he has it pegged. Sure enough he was right. In the past several years as Hunter has grown up and become more involved in school, athletics, and everything else, my days on the water did get fewer, but I wouldn't trade or change a thing because of what I have learned both at home and on the water.

Once I realized my time on the water was going to get cut way back, I decided that if I was only going to fish half as many days that I would spend them doing exactly the style or type of fishing that I most enjoy and that's sight-fishing for redfish in the expansive marsh country between and around Sabine and Calcasieu. I pored over satellite images, topo maps, and any other literature or information I could find. Countless days and hours were spent on the poling platform just exploring and learning the nuances of the whole area, and I have only scratched the surface. I have been fortunate enough to have shared my boat with some great fishermen, and I hope to continue that trend for years to come. This style of fishing is not for everyone, but I have had very few, if any, complaints once that first fish shows up.

Now, sight-fishing has its own set of rules or guidelines that are usually learned via The School of Hard Knocks. Understanding or getting a feel for how a fish will react or what their mood might be is half the battle. Being able to decipher the difference between a redfish wake and that of a sheepshead or big mullet is an art unto itself. I always get a kick out of how excited new anglers to this style of fishing will get. Show them one or two fish and all of a sudden they become experts casting wildly at every movement in the water. Soon enough they calm down and realize there is a method to the madness.

First off, my position on the poling platform offers a much better look at exactly what's going on compared to the angler on the front deck. Trusting in your guide is the key and following directions is paramount. I often ask anglers as we pole into an area to tell me how far away they think certain objects like clumps of grass or other targets are so I can get an idea of their distance estimation skill. Some folks like to be told distances in yards while others prefer feet. I have yet to have anyone ask to be told in meters but I'm sure that will probably happen one day. Hands down, the best judges of distance are bow hunters and golfers. These folks make it a lot easier for the guy on the poling platform.

Another hands-down winner as far as accuracy is concerned are freshwater fishermen, especially bass fishermen. These folks are so target oriented that casting to a specific point in front of a fish is second nature. I always make fun of these guys because they are so geared in to fishing a target. If we go by a stick or something else protruding from the water the bass fishermen have to throw at it; they can't help themselves. I really enjoy having those folks on the boat because pinpoint casting is often the difference in catching fish or spooking fish. Saltwater anglers have been so de-sensitized to casting at a target that it takes a little practice for them to get the hang of this style of fishing. More often than not the saltwater angler is looking for more distance than accuracy so placing a lure in a tight area really seems foreign.

Now here are a few things to remember when you get ready to try sight-fishing that will certainly up your odds of success. If and whenever possible, always know the direction your target is facing. A stray cast landed behind a fish is almost as bad as hitting him on top of the head and the results are very similar.

Another no-no is casting to the rear of a fish and reeling a lure up behind them. This will lead to spooking 99.9% of the time. Redfish rarely if ever have their prey swim up behind them; they are usually running away, so the presentation is un-natural and almost never works. Lead the fish according to how fast it's moving, and pull your lure in front of it and hang on. Most of these approaches will be met with a serious strike but on occasion you will get a refusal. If this happens, a more subtle lure approach may be needed, so don't be afraid to experiment.

Read the fish's body language in order to know what to do next. If the fish is standing on its head rooting crabs or shrimp off the bottom, you need to get your lure down in front of the fish or wait until it rights itself in order for your lure to get his attention. It's great to see them rooting around like that, but you need to give them space in order to present your lure effectively.

Now cruising fish, ones that are just easing down a shoreline, these are the guys that will crush a lure. These fish are in seek and destroy mode and will often rush a lure from as far as they can see it. I absolutely love to see them chase down a plastic frog like a Stanley Ribbit, a heart stopper for sure. These fish look relaxed, nothing jerky or abrupt in their movements, just smooth and purposeful.

The opposite body language occurs when you spook or blowout a redfish; they make a few strokes with that powerful tail and push a wake for all to see. Generally, when a fish blows out, eating becomes a secondary priority. But, never say never. I have seen a few snag an offering while making a hasty exit. My best success in these situations has been with weightless soft plastics like a TTF Flats Minnow, tube jig, or D.O.A. Shrimp. Evidently, the opportunity to grab one last morsel, even in flight, is more than some of them can resist.

These few tips are very basic but will put you solidly on the road to success if you employ them. The great thing about this style of fishing is the discovery aspect and how much you learn from each encounter. The opportunity to see your fish and how it reacts to what you do or what you present is a nearly perfect combination of hunting and fishing, the best of both worlds in my book.

By the time you read this article, I will have started a new chapter in my life as Hunter will have turned 16 and started driving. For those who might have hunted and fished with him when he was small, that may come as a shock. It seems just yesterday we were catching croaker in the Sabine River, and that was a big deal. The days of hustling him to and from school will be fewer so my opportunities on the water will increase. I'm not sure how I feel about all these changes, but I know it'll all be good. I guess I'll have to sit down with Dickie again; he always seems to have the answers.