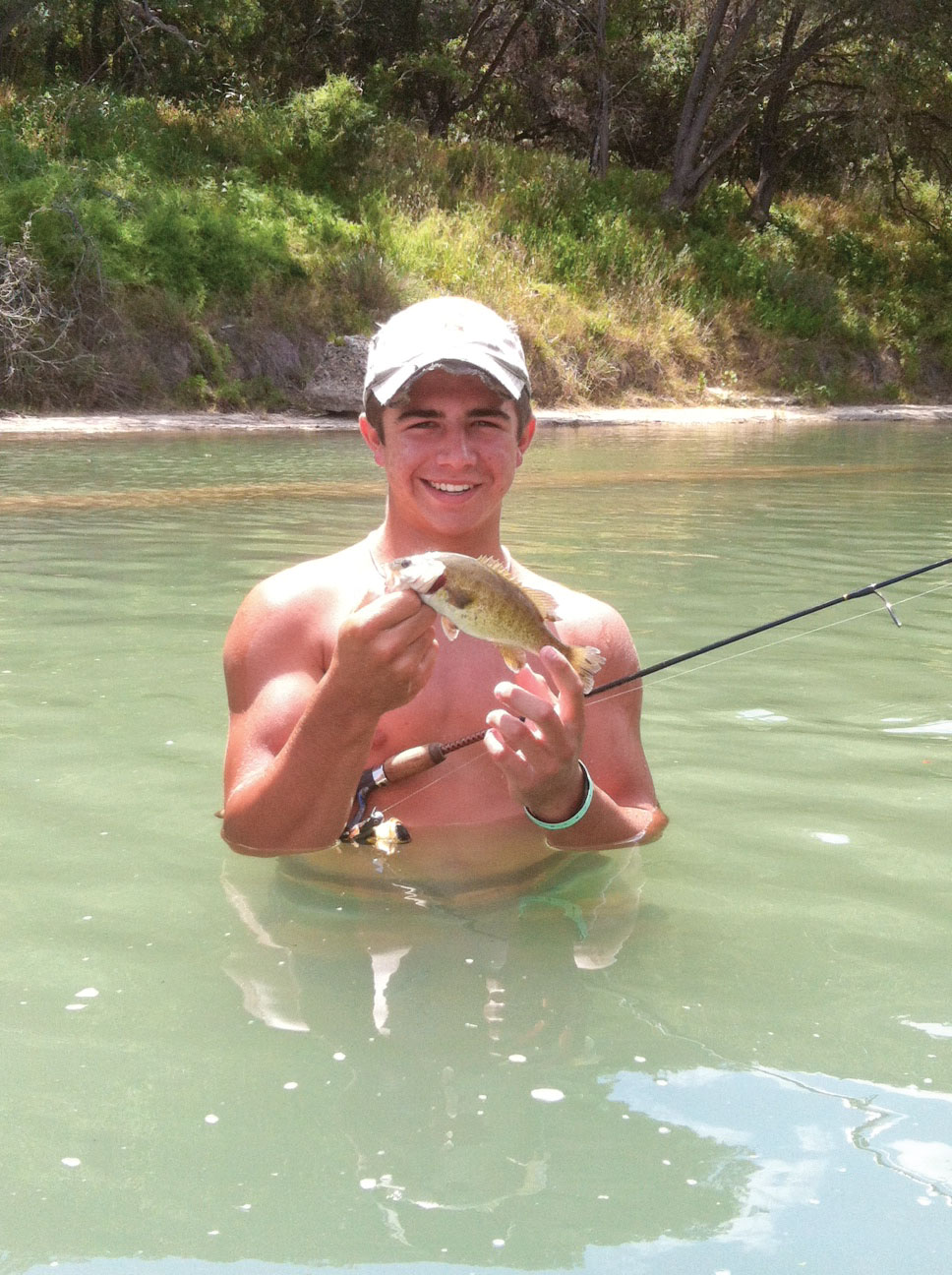 Micro rods are fast becoming popular with both freshwater and saltwater fishermen as they add another option to their fishing arsenal.

I'm not sure what they call it but I'm guessing by now somebody surely has came with a name for the disease that plagues all fishermen and causes them to pick up every fishing rod they see and examine it as if they were searching for Excalibur.

It's always fun to walk the rod aisles of your favorite tackle store and watch as anxious anglers remove them from the racks and put them through their own brand of testing. Shaking the rod in an exaggerated hookset or casting motion seem to be the most popular tests that perspective rod buyers perform in an effort to find just the right one. I once walked by a rack of rods and thought I was in an old cowboys and Indians shoot 'em up because of two fishermen were shaking rods so violently it sounded like arrows whizzing through the air. I raised the white flag as I walked up in hopes they wouldn't mistake me for the enemy.

Trying to get the feel of a rod and how it responds in your hand is what we are all after and there is certainly no one-size-fits-all product out there. I have seen a ton of different rod models in countless sizes and configurations that are made to catch everything from panfish to grouper and everything in between. Some folks want a straight-up weapon, a fish-whooping piece of graphite that will make even the toughest adversary tremble in fear. Others prefer a more forgiving rod that allows an angler to play their catch and enjoy the fight. Each style serves a purpose and is a welcome addition to nearly any angler's arsenal.

One thing that I have noticed over the years is how different styles tend to be related to different areas of the country. One comparison that we often make here is between Texas and Florida fishermen which are usually really entertaining. I know I have personally witnessed Florida fishermen pick Texas anglers out at the dock because they were using baitcast reels instead of spinning gear, which is the norm in Florida. Another thing I have witnessed firsthand is that nearly all the Florida fishermen I have been on the boat with or been around use fishing rods that are comparable to broom sticks or the handles of garden tools. These rods are usually ultra-stiff no-nonsense models that would jerk the teeth out of a mule if need be. These rods are generally paired up with high-end spinning gear that's spooled up with heavy test braid. The only conclusion I can come to on this setup is that Florida anglers need to be prepared for any number of species from tarpon on down so they rarely venture out under-gunned.

I learned this lesson the hard way with my good buddy Bink Grimes and my son Hunter several years back while fishing in the Indian River and along the beachfront near Fort Pierce Florida. We were armed with the latest travel rods from a very reputable Texas rod company at the time and were given instructions to put these new rods to the test. The rods were standard issue Texas trout and redfish models, surely capable of taming Florida fish, or so we thought. After three days of chasing trout and snook it was very evident why these guys fish with such heavy gear.

Arriving home I walked in to the rod manufacturer's office, opened the travel cases, and poured out what was left of the shiny new graphite rods into a nice pile of splinters. Snook, jacks, and a few other unidentified species had effectively blown up every rod we brought and left the locals laughing at us as we loaded up and went back to Texas.

I should've known better when we started talking to other fishermen around us and told them we were using 12 pound mono with 25 pound fluorocarbon shock leaders and they laughed at us while saying sarcastically, "Good luck with that."

Now on the other end of the spectrum is a typical Texas setup, a rod that handles a topwater plug with ease and can scale back to accommodate a light jighead and soft plastic offering. Here in Texas we are unbelievably blessed with some fantastic rod manufacturers from right here in the Lone Star State. Fortunately for us these rod makers are very in tune with the way coastal and freshwater anglers like to fish so the choices are nearly endless. Top-end rods that weigh just a few ounces and come in a myriad of actions allow anglers the opportunity to fish a comfortable set up and not compromise their ability to fight big fish. From lightning quick models with only a fraction of flex in the tip to a down right soft and whippy model that is as forgiving as your best friend these rods say it all about Texas fishing and the anglers that use them.

A new trend that seems to be gaining in popularity are the smaller sized rods often referred to as "micro-rods." These models are perfect for traveling or just scaling back to enjoy fighting fish of smaller sizes. Taking one of these 4 or 4.5 foot rods on the boat or down to your favorite fishing hole can open up a whole new world for the angler willing to give them a try. It's very similar to the thrill a fly fisherman gets when they use a smaller setup or when a hunter puts down a gun and picks up a bow instead. It's a new challenge that heightens the sense of accomplishment and thrill of the pursuit. Tackling even an undersized rat redfish on a micro-rod and light line is nothing short of a riot, a real eye opener if you will. Small speckled trout under the birds, swarming ladyfish or even a gafftop become extremely entertaining when the size of the tackle gets scaled back - trust me.

I guess in the grand scheme of things it's great to have options when it comes to your favorite fishing setup. If we all had to use the same gear that would be like a trip to the dentist or paying taxes, not much fun at all. Varying your gear and exploring new methods will inevitably make you a much better angler and I'm sure we all would like that to be the case. The way we fish and how we go about chasing our favorite species to some degree actually defines us as anglers. It's often been said there are four stages of fishermen. First stage anglers just want to catch a fish. Second stage anglers want to catch a lot of fish. Third stage anglers want to catch a big fish. And last but not least is the fourth stage angler who wants to catch fish the way "they" want to catch fish. I heard that story about the stages and couldn't agree more, we all fit in there somewhere and there is plenty of room for everyone.