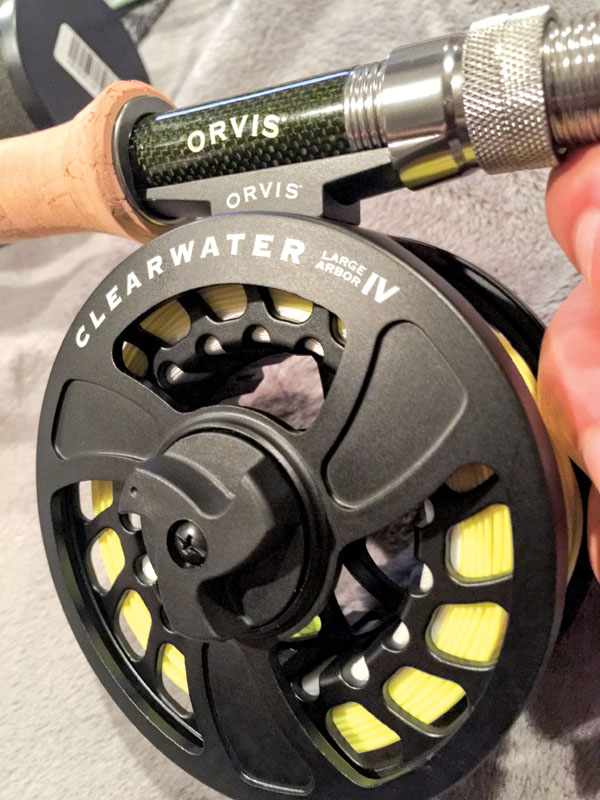 Breaking out the fly rod and chasing schooling trout is not a bad option.

In the words of the great physicist Albert Einstein, "Insanity is doing the same thing over and over and expecting different results."

Fishermen in general are often considered crazy fishing in cold and windy weather, rising before the chickens, and other unusual behaviors. There is also a large group of fishermen, according to Einstein, that would be considered not just crazy but absolutely insane.

We see it on a daily basis and it's about as predictable as the sun rising in the east and income taxes; fishermen running to all the same spots hoping to recreate past successes. The thought of actually going to a new location means letting go of the security blanket and many anglers are not willing to chance that for fear of striking out. The funny thing about that notion is that they could just as easily strike out at their regular spots and potentially miss out on a really good trip. In order to become a better fisherman you have to be willing to change and adapt when the time comes and, more often than not, many anglers simply won't go there.

Years ago when I started saltwater fishing I would wait every week for the Thursday newspapers because that's when the outdoor reports would be featured in the sports sections. I lived and died by those articles and took the fishing reports as gospel. Slowly but surely I recognized a pattern, any cove or reef the outdoor writers talked about would be inundated with traffic the following day. Now an increase in traffic would be expected, but problems arose when an area would not support the traffic and the anglers who were late to the party had that, "What do we do now?" look on their faces.

Instead of anglers taking the variables from the report such as which tide was best, what depth the fish were in, or any type of structure that was mentioned and then formulating their own hotspot, they went blindly to one spot that they had read about and expected everything to be perfect with fish jumping in the boat. Placing too much faith in the report was the downfall of many an angler and led to some bad trips, when the situation could have easily been avoided.

After reading those reports for many years I got the opportunity to start writing and I promised myself I would never do those types of articles in hope that I could enable the readers to become all-around better fishermen. Instead of the article that screams "Go to such and such reef, it's awesome right now," I wanted to tell folks why it was good and let the reader figure out a pattern that fit their water. In most cases it's more important to know the variables around the report rather than the specific area, that way the reader can say, "I know a spot just like that and that's where I will start my day." Instead of being just another boat at a location, the reader has become better educated and more likely to try and replicate that pattern, which in turn leads to more successful days on the water.

Now where the problem comes in for many folks is that they have now figured out a pattern on their own but they continue to fish that same area and pattern when conditions dictate otherwise. The fact that at one or two times these particular areas produced fish outweighs the notion that maybe this area is not the best location for the day in question.

For instance, trying to fish a deep water program early in the year when runoff from the big reservoirs to the north has the salinity reduced to near zero. Instead of looking at the conditions and targeting an area of more favorable salinity, they doggedly probe water that will likely be out of play for several weeks, or longer. I can totally understand the comfort level factor and I respect that thought process because it leads to confidence and that leads to anglers fishing harder. With that being said, however, it's also a shame because these anglers waste time and effort that could be used much more effectively in better areas by simply being willing to make a boat run to a better area where the odds would be much more in their favor.

Since we have now established the fact that many anglers are unwilling to change their thought process and continue to probe the same areas, maybe we can convince a few to change their thinking. The fall months are the absolute perfect times for discovery trips and opportunities to learn new water. The stretch of time between late September and Christmas often produces some of the best days of the year for anglers as it seems the entire bay system, marshes, and even several miles up both the Sabine and Neches rivers comes alive with each passing cold front. Shrimp and baitfish are purged into the wide open expanses and ambushed by schools of speckled trout and redfish taking advantage of the free buffet. It's incredible to listen to the conversations at the cleaning table or boat ramp as anglers recount their success from all different parts of the estuary. The ease at which hungry and willing fish will be found should be more than enough to encourage anglers to seek new areas and become familiar with them for future reference, and maybe immediate success.

Virtually every pattern will work during these magic months before winter truly sets in and I have a hard time determining my favorite. The thought of a short boat ride down the Sabine River to anchor on a major break or dropoff and having quality trout and redfish crawl all over live shad or soft plastic bumped along bottom always puts a smile on my face. The relaxed style and social aspect of sitting anchored in the river is certainly appealing and I look forward it every fall.

A little farther downriver, in the wide open lake, is the chaos known as "fishing the birds." Huge flocks of gulls and terns will shadow schooling trout and redfish as they gorge on shrimp that have been dumped into the lake with the passing of a cold front. North winds coupled with low tides will empty marshes and backwaters while jumpstarting the feeding frenzy. This is the absolutely worst time in the world to be a shrimp, everybody from a redfish to a Cajun is chasing you and there is no such thing as catch and release. The numbers of fish you can catch at this time can be absolutely mindboggling and many folks wait all year for the pattern to develop.

As you go farther south, your options continue to increase as the jetties and the beachfront will offer even more impressive opportunity. Bull redfish, black drum, and big trout in the surf top the list for these areas and every now and again a mystery fish will show up and run off with all your tackle, leaving nothing but a great story.

If for whatever reason you can't pry yourself away from fishing the same old water day after day, I'm afraid I cannot help you. The incredible options afforded by the fall months are about as good as it possibly gets and there is no reason not to take full advantage. About the only thing you could possibly do wrong right now is to not go fishing. If you fall into that "insane" category, same spot trip after trip, you owe it to yourself to do some exploring and try something new because, I guarantee – it will be eye opening.