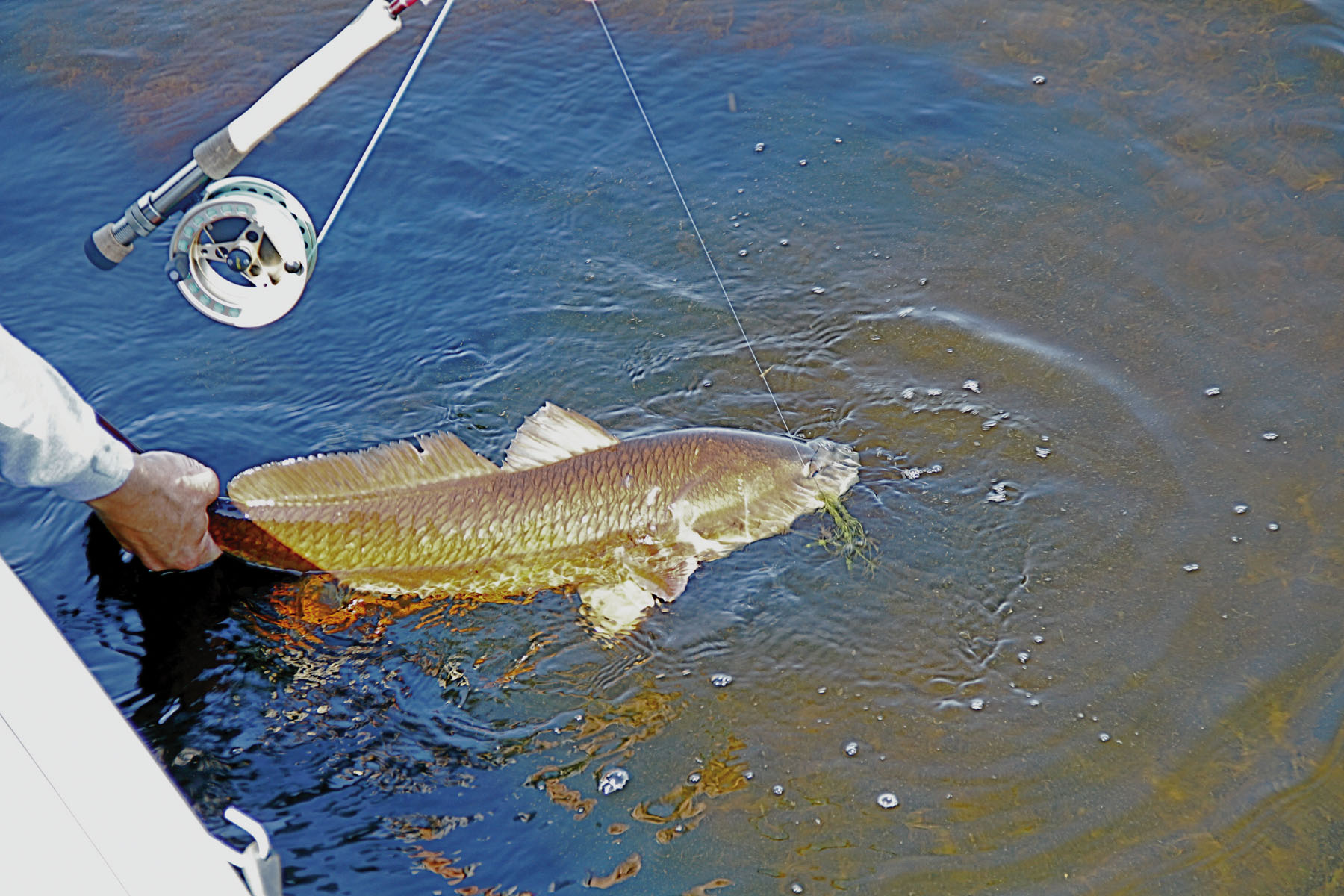 If you happen to be a faithful reader of my columns over the years, you probably already know that I am not a big fan of the obvious. I enjoy putting a little different slant on things when the opportunity presents itself. During winter and early spring, Texas coastal anglers get bombarded with article after article dedicated to chasing and landing trophy trout, it's that time of the year and it's certainly expected. The seasonal chase for a fish of a lifetime will be front and center for many fishermen. Many miles will be covered on highways and water in search of that one fish, the one that very well may define one's angling career.

Anytime you take to the water, especially this time of year, it could happen.

In the blink of an eye you could literally hit the lottery and become a household name in the record book of Texas fishing. Your image plastered all over the web and other media outlets for everyone to critique, condone, or just plain covet. This is the perceived dream for "big trout grinders" and "posers" alike, or is it? There are those few who shun the limelight in favor of the personal satisfaction that comes from not only figuring out the pattern but executing the strategy needed to accomplish the task. These anglers reach an almost mythical status quietly among their peers. They are some of the true heavyweights of our sport and for the most part they go largely unnoticed, and they prefer it that way.

Now on the complete opposite end of the spectrum is Joe Angler. Joe has no agenda other than feeling a tug on the end of his line. No preconceived notions, couldn't care less about fame or hype. Joe is simply out there looking for a fish to bite, no matter the species.

For the most part, Joe is an overlooked player, especially by the faction of anglers who believe everybody is out for mega trout. However, the fact remains that Joe makes up the largest slice of the fishing public by a wide margin.

Don't believe me? Go to your favorite tackle shop and watch the checkout counter, it will amaze you how much terminal tackle, live bait, dead bait, corks and related products are purchased. Not every customer comes to the checkout lane with an armload of Corkys, Super Spooks, and top-end rods. Joe Angler is not only alive and well, he's the largest consumer in the marketplace.

On a routine basis most guides, me included, seem to forget that not everyone can just take off on a moment's notice and go fishing when all the conditions and factors line up correctly. Most of us take for granted the fact that we have a flexible schedule for the most part and the rest of the world to some degree does not. The window of opportunity during the winter and early spring months can sometimes be very small and in order to take advantage of that time frame one needs a little flexibility and some luck.

The notion of being able to plan out an exact situation where you are precisely where you want to be when the tides, major feeds, winds, and any other factor is your favor rarely crosses Joe Anglers mind because he may as well be playing the lottery while hoping for all these factors to align on the day he can fish.

So what does Joe do? He goes fishing anyway and makes the very best of his opportunity. This may entail using a variety of techniques, baits, or other gear that some find "beneath them" and possibly even "crude."

I on the other hand salute the guy who finds a way to get bit, regardless of methods. While doing fishing seminars I have often said, "I don't care if I have to throw the phonebook covered in peanut butter and jelly to get a bite. If that's what it takes to stretch my string, I'm all about it." I still adhere to that statement and have no problem telling the world about it either.

It's been said that fishermen fall into one of four distinct categories. First is the one where you just want to catch a fish, any fish, as long it's a fish. We can all remember how that felt, as a young angler or someone new to the sport, it was a thrill to get that connection and it kept you coming back for more.

Second is the one who wants to catch a lot of fish. Perhaps this is you on your first trip with a guide or another angler who is more accomplished than you and was willing to share some time. The opportunity to have one of those really memorable days when it feels like you caught one on every cast, even though you really didn't. These are days you will look back on as epic, and highlights in your fishing career.

The third category is largely made of advancing anglers, the ones beginning to focus on big fish, perhaps one for the wall. I know plenty of anglers like this; they often search for years looking for that one defining fish that they feel like will allow them to enter into exclusive company. Texas inshore fishermen worship big speckled trout and one number in particular becomes a career milepost to manythe 30-incher. This is the fabled number that many aspire to reach but, in reality, only a few are fortunate enough to attain.

The last category is an interesting one for sure. You have graduated from just catching a fish to catching numbers of fish and then to catching a big fish. Now you just want to catch fish the way you want to catch them. Take for example the anglers who become hooked on surface plugs. If I've heard it once I've heard it at least a hundred times on my boat, "I'd rather catch one on top than ten on soft plastic." The visual gratification of a fish crashing a floater can be that addicting. Others get hooked on fly-fishing or sight-casting in order to get their fix.

To each his own. I've always believed no method is more sacred, or even wrong, so long as it is legal.

I guess to sum it all up, and if you're fair, you pretty much have to concede that as long as a fisherman respects the resource and enjoys their time on the water in an ethical and legal manner, it's hard to go wrong. A particular style or method may not be your own personal favorite but it's a choice that we all are fortunate enough to be able to make. The regular guy who goes out and gets lucky on his day off is no different than a guy who can pick and choose the best times using the highest of high-end gear. They both enjoy the sport in their own way and should be respected for doing just that.