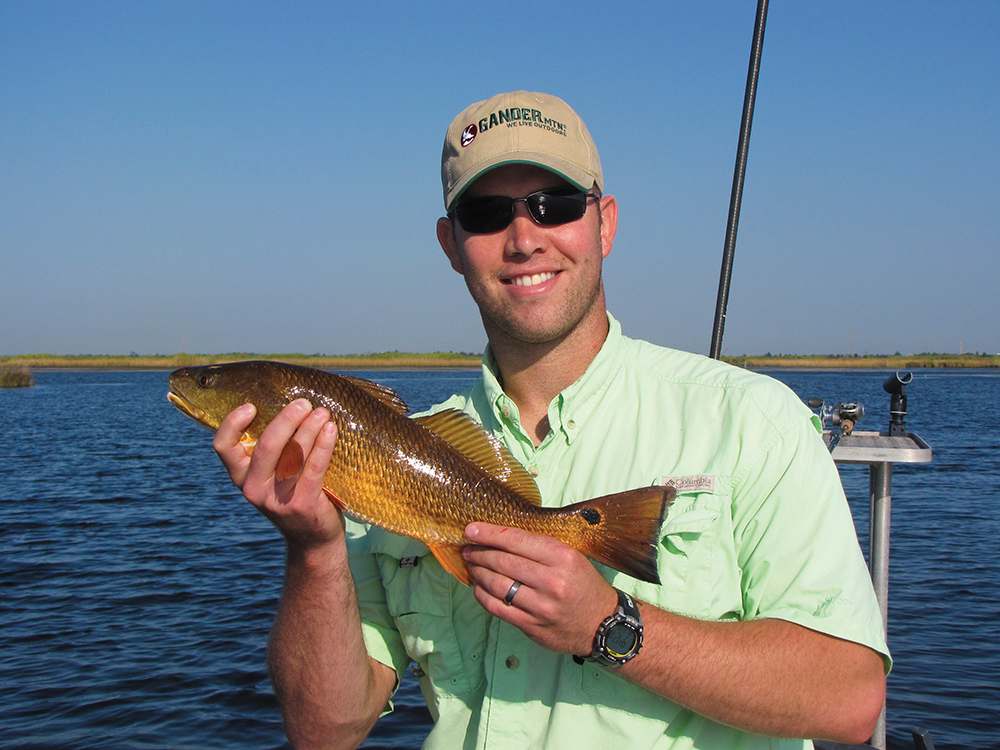 I cannot remember going into the prime fall and winter fishing months and being so conflicted about exactly what was going to happen heading forward. Sabine Lake has been a complete mystery for many months and that has caused local fishermen plenty of heartache as they struggle to get it all figured out. Tried and true seasonal patterns have been thrown out the window, courtesy of repeated record rainfall events that only Noah and his crew could look down upon and say, “Well, that’s really not so bad.”

Hurricane Harvey and Tropical Storm Imelda bookended several significant but lesser events that produced massive quantities of fresh inflow from Toledo Bend and Sam Rayburn reservoirs. Couple all these with a pair of colder than normal winters and you have the perfect recipe for disaster, and that’s exactly what we’ve been living with on Sabine Lake. But hope is not completely lost, just like a soap opera star watching a character lying in a hospital bed, there have been a few faint beeps from the heart monitor signaling renewed life taking shape in our estuary.

Forever it seems, the most anticipated time of year on Sabine was late fall and early winter, basically from October until Christmas. Each successive cold front blasted tons of shrimp, shad, and crabs from the marshes into the open body of Sabine, where hordes of hungry speckled trout and redfish would gang up and gorge. This pattern was easy pickings for any angler willing to brave the weather or put down their hunting gear long enough to cash in.

Now I’m sure that folks from the middle and lower coasts scoff at the notion of chasing these fish under birds because most of the time those fish in their home waters are small or undersized, and many anglers just pass them by. On Sabine, if you passed on such opportunity you might have turned down a shot at an entire school of three- to five-pound trout, along with upper-slot and oversized redfish. That’s how good it can be under “normal” conditions. Unfortunately, conditions haven’t been normal for quite some time.

At present, Sabine Lake is beginning to show new signs of life as we are encountering more schooling activity on the south end near the Causeway and all the way to the jetties. The quality of the trout under those birds is still small on average but it’s a start, and that’s all we can ask for right now. If the water clarity holds up for any length of time and the marshes continue to dump, the forecast looks much brighter than the last two years. There have been a few days when the trout showed up mid-lake around Willow Bayou and beyond, but that was never a sure bet, like it should and would have been when things were normal. Just the thought of these trout beginning to show is like light at the end of a long tunnel and something to be optimistic about.

For the present, redfish and flounder will have to carry the load for local fishermen. And while November flounder regulations that allow only a two-fish daily bag will discourage some from getting on the water because a pair of flatties isn’t worth the effort in their minds – the way I see it, a pair of solid flatfish make a great meal and a welcome addition to any stringer this time of year. The redfish will continue on, hale and hearty, oblivious to the plight of their speckled cousins, as they gang in the open lake and gorge on the seasonal bounty.

A school of redfish is unmistakable at first sight, the way they blow holes in the water and generally wreak havoc like the bullies they are. If you are fortunate enough to catch a calm day ahead of a front, the type of action a large school can provide is absolutely insane. They will inhale virtually anything you offer and will give a much better fight than during the hotter months. The chaos associated with this activity can be off the chart and is a big reason many anglers look forward to this time of the year. With the speckled trout being scarce you can bet the diehards will turn their attention toward the redfish.

To be completely honest I fall into the segment of fishermen that love this time of year for the all-around variety it normally provides. From one end of Sabine to the other there is usually a program that will fit your style. From anchoring in the deep water of the Sabine or Neches Rivers, all the way down to the beachfront and into the gulf, the early winter season generally has it all. The latest spark of life from Sabine’s speckled trout fishery, that hopefully signals a turn for the better, is a much needed shot in the arm for all of us who call the border lake home. I hope to see Sabine return to her former glory and more in the very near future, and being able to look back on these tough years as the days when I paid my dues.