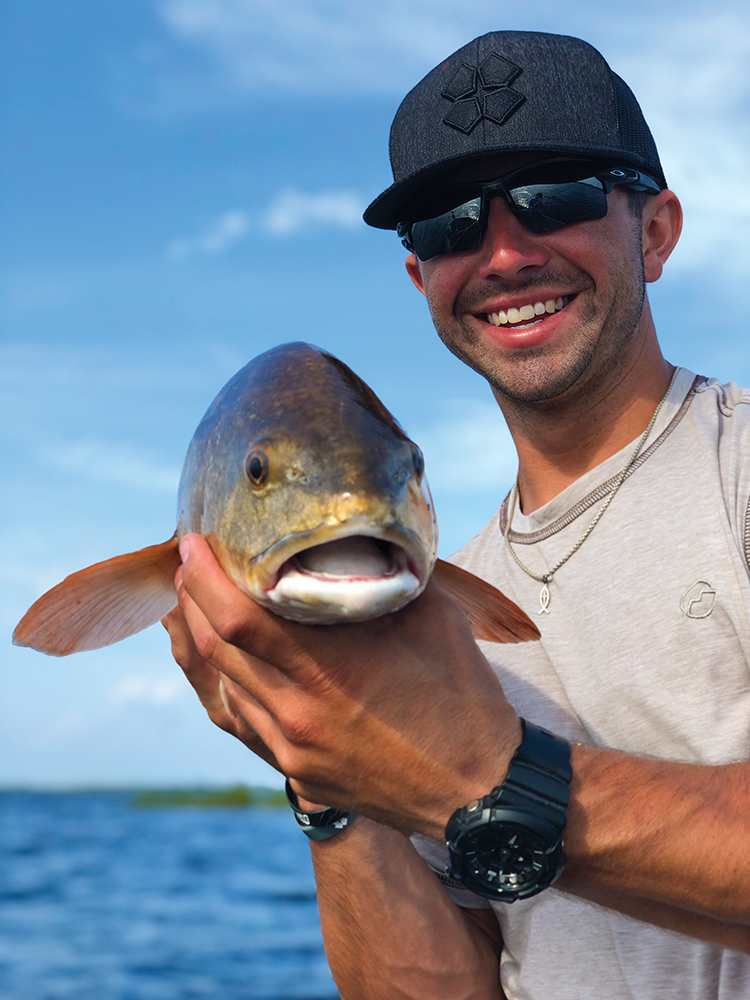 Hands down, one of the most frequently asked questions from anglers during seminars and other fish-speak presentations is, “How do you read the tide chart for the areas I fish?”

Most any fisherman who spends enough time on the water has their own theory about how the tides work and where they need to be to catch fish during those tides. Surprisingly enough, there are plenty of people who don’t understand how important the tides really are, or for that matter, what a tide actually is.

According to Webster’s dictionary; tide is the periodic variation in the surface level of the oceans, bays, gulfs, inlets, and estuaries caused by gravitational attraction of the moon and sun. The influence the moon has over the tides is extreme to say the least. During the first and third quarters of the moon phase, the tides are the weakest and have the smallest differences between the highs and the lows.

These small tide changes are called neap tides. On the other end of the spectrum are the spring tides; these occur when the moon is new or full. During the spring tides the differences between the high and low tides are the greatest. By thinking about these patterns you can understand why so many people plan fishing trips around the moon phases. The full or new moon phases mean more water movement because the tides are more extreme, this translates into more active fish.

Now that we have established what the tides are and how they get their energy we need to know what effect they have on the fish. During certain periods of the year the tides mean different things. For example, in the spring most fishermen like strong incoming tides because they tend to bring in good clean saltwater from the gulf. During the fall it is opposite; falling or outgoing tides help bring bait into lakes and bays as the marshes and other backwaters are draining. Either tide will help you catch fish; the main thing is to at least have some tidal movement.

The periods between the major tide events are referred to as “slack” and during these times the fishing tends to be much slower. The tides trigger most fish into becoming more active in their feeding habits – almost like ringing the dinner bell.

A few years ago I watched a documentary on The Discovery Channel that chronicled the effect that tides have on fish and other sea-dwelling creatures. The most interesting portion of the show was watching an experiment that illustrated the so-called “body clock” that all creatures possess.

The scientists traveled to a remote island and gathered multiple species of fish and crustaceans from a small tidal pool and transported them thousands of miles back to their lab where they were placed in a huge aquarium for observation. A time-lapse camera that could document and transmit images of animal behavior was left at the small pool where the fish and other life forms came from so they could see the water levels rise and fall in real time.

It kind of reminded me of the way we talk about the difficulties of getting adjusted when we travel to a destination across several time zones. We say we have jet lag, our body temporarily still under the influences of our home time zone. Fish, it seems, are no different, and the rhythmic movement of the tides plays a huge part in our own fishing success.

Now the tide schedules you see in the newspapers and magazines will give you an idea when the day’s tide events will occur. These schedules cannot however take into account what kind of weather or wind conditions may be present. To compensate for this you need to use a little common sense.

For example, if the tide schedule calls for a weak outgoing tide and the wind is blowing strong from the south you may not see any change in the water level. The big south wind will essentially hold the water up from leaving the bay you are fishing. The exact opposite happens in the winter months when you have an out-going tide and a strong north wind; the water levels fall dramatically. There are different factors to take into account, just be aware that the tides are predicted well in advance based on the position of the sun and moon, with no ability whatever to include local weather conditions.

One other important piece of the tide puzzle deals with correction factors. Your evening news may call for a high tide to occur at 1:00 a.m. at Sabine Pass but the actual cresting of the tide will occur later in other parts of the Sabine Lake system, depending your distance from Sabine Pass. For example; the time difference between high tide at Sabine Pass and Sydney Island is just over an hour, depending on the local weather conditions. So if the tide is supposed to change at 1:00 a.m. at Mesquite Point, it should start to change at Sydney Island around 2:00 a.m. under normal conditions. Now the visible movement of water may not be evident, but the influence is there.

The marshes, on the other hand, are tougher to gauge when it comes to tides. Influences such as wind and runoff can make it almost impossible to calculate the tides correctly. All you can do is keep good records and watch the conditions in order to gain a better feel for when flows might actually occur.

The tides are not difficult to understand so long as you are able to access reliable information. For years my most trusted source of tide information was the Gulf Coast Fisherman magazine, sometimes called the Harold Wells report. The tides, moon phases, feeding times, and other information in that publication elevated my early learning curve as a younger fisherman. The correction factors and tide schedules were listed for the entire Gulf of Mexico, from Texas to Florida. It was a very valuable piece of literature at the time.

As far as my recommendation for accurate and informative tide charts today I don’t think you could ask for more than the one printed in this magazine. It’s based on NOAA’s tide predictions which are about as good as it gets in my opinion. I have the utmost confidence that any angler can gain an advantage and improve their time on the water by studying those charts and implementing them on their next trip.