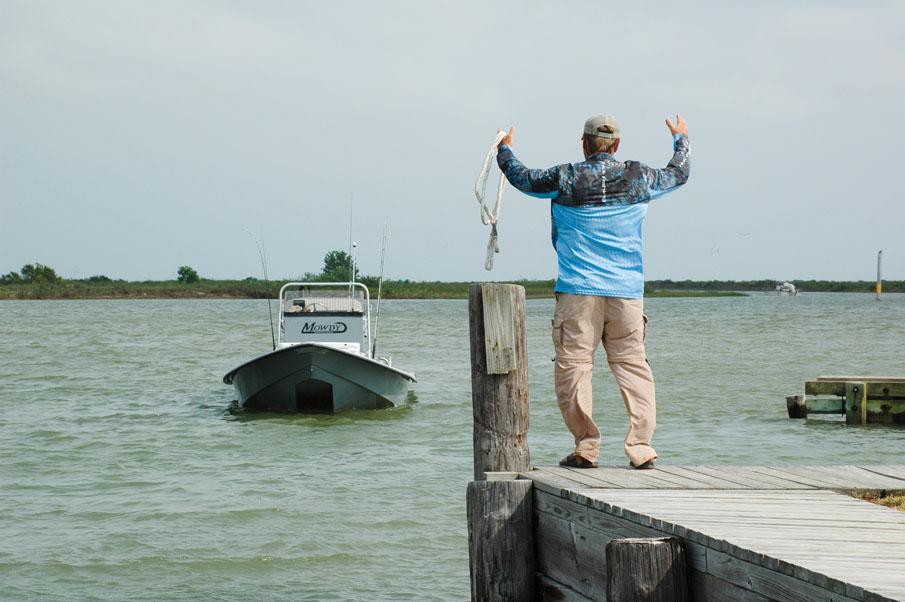 Don’t laugh! This could happen to you!

For some unknown reason, society seems forever interested and amused by the misfortunes of others. Television has had countless shows dedicated to "bloopers" and other gaffes made by everyday people doing everyday things and the masses tune in weekly to get another dose of these antics. I'd be willing to bet that most fishermen you know are at least familiar with the Bill Dance blooper videos, a compilation of outtakes and blunders that fishermen can certainly relate to and laugh at as well.

I can remember walking through a Bass Pro Shop and turning a corner to see the display for Dance's blooper video for sale. There was a TV playing highlights of the video and I stood and watched for a moment. Within a few minutes I was no longer alone. A crowd of at least a dozen shoppers had joined me and almost everyone was laughing or at least relating to many of the events on the screen.

Fast forward to today's ultra-high-tech world of instant social media gratification and you can take the Bill Dance example and multiply by millions. Funny videos that get posted to places like YouTube, Twitter, or Instagram go viral almost instantly and the entire electronic world howls in laughter. What the old school called bloopers are epic fails in today's social media lingo. The thought of these unfortunate mishaps being shared on social media got me thinking about some of my own epic fails and all I could I do was look back and laugh.

I do not know a fisherman who has not had a mishap at the boat ramp or at least seen their share of them. Saturday afternoon at a busy launch can provide some cheap entertainment. I've seen some funny stuff that made me laugh and cringe at the same time.

One morning after a duck hunt on a cold December morning I watched a pair of hunters prepare to load their boat on the trailer like they'd done a million times, or at least that's what I thought. It became very apparent one of the hunters had minimal experience as he was being coached along at every step of the process. All appeared to be going well until it was time to winch the boat onto the trailer. This particular ramp has a steep ramp and that means added stress on the winch strap and winch itself so you can easily guess what's coming.

Snapping the winch strap to the boat and beginning to crank the boat toward the bow stop, our novice let go of the handle and paid dearly for it. Apparently the anti-reverse mechanism that prevents the winch spinning in reverse was faulty or he had failed to engage it. The tension on the winch caused the crank to spin violently backward and just absolutely beat the heck out of his knuckles. I was in one of those mixed emotion situations – wanting to laugh at his antics hopping around alternately flailing his right hand as though to shake off the sting, and then stopping for a second to stare at it and flailing again. Poor bugger had to be in some kind of pain.

Another less painful example that comes to mind involves a good friend who was fishing at night by himself. It seems he had recently purchased a high-dollar flashlight of which he was both very proud and fond of. The light was a magnificent piece of machinery and the brightest thing you'd ever seen this side of the sun. During the night my friend had to answer nature's call, the kind that cannot be put on hold. You know the one I'm talking about. He dropped his shiny new light midway in the process of responding to the call. The first bounce on the deck switched on the high-power beam and the second bounce carried it overboard. Pants around his ankles hanging over the gunwale, he could only stare in disbelief as the brilliant beam vanished into the depths. This would definitely qualify as an epic fail.

Oh, and I've had my share. Like being so excited to fish a new area that after a 30 minute boat ride I realized I'd left my tackle bag in the truck. I've launched my boat and forgotten to attach a bow line to the trailer twice. Watching in the rearview mirror as your boat slides off the trailer and drifts off out into the bay is horribly embarrassing and puts an awful knot in your stomach. If you're lucky, another fisherman present can ferry you with his boat to retrieve it. If you're not so lucky you have to strip down and go for a swim.

The time I fished with clients in their boat and buried it in the marsh. I took a wrong turn and spent two hours pulling it to water deep enough to float.

And the guy that whacked me in the back of the head with a heavy leadhead jig while excitedly casting into a feeding frenzy under swarming gulls. I saw stars and nearly blacked out. The list goes on and on as do the lessons learned.

Most fishermen can relate to at least a few of these. Some will admit their mistakes and laugh along while others will go to great lengths to keep their gaffes under wraps. I think that sharing your failures as well as your success stories enables you to learn more about whatever your interests are – if for no other reason than a good laugh as well as the opportunity for somebody to offer helpful solutions to avoiding future pitfalls. Don't be so thin-skinned – laughter is good for the soul.

So, back to social media, the information pipeline that we all love to hate and hate to love, is a powerful thing. Social media in all its glory can share both positive and negative images so fast to so many that it will literally astonish you. Use the technology wisely and enjoy it but, be smart. I've seen plenty of cases where some folks were so anxious to post things they'd done that they actually told off on themselves as lawbreakers.

You think game wardens and other law enforcement do not watch Facebook? Think again. If you are dumb enough to break the game and fish laws and post it on Facebook – all I can say is epic fail!

Now, since we have covered a few humorous examples of how we fail along with a couple serious ones, I think we should also address some everyday situations that determine how successful we are when we head for the water.

Probably tops on my list of determining fishing success on a day-in and day-out basis is actually reading and learning to interpret weather forecasts. Watching the TV weather guy or gal before you head out is one thing but I'm talking about really digging into the facts. Besides the fishing, your life could depend on it.

Most trips that don't go well often have at least one weather excuse built into them. How many times have you heard anglers say the wind was bad or a front blew in? There are tons of other excuses but in most cases there is enough information available to help you see the problem coming and plan or react accordingly.

Blindly jumping in a boat and heading out for a day on the water without researching the weather possibilities is just not a good practice, especially on bigger lakes and bays where you have to cross open water. Nothing says epic fail like getting caught in a storm or bad weather that had been predicted – and ignored.

You not only owe it to yourself and all aboard your boat to invest every effort to avoid weather fails, but you also owe it to the first responders who will risk their lives to save yours. Unforeseen circumstances aside and because they cannot be predicted we should not classify them as fails statistics point out the fact that a great majority of life threatening situations while boating could have been prevented with common sense, being advised of weather systems approaching, and simply being prepared.

Don't be the guy everybody on Facebook laughs at (or cries for).