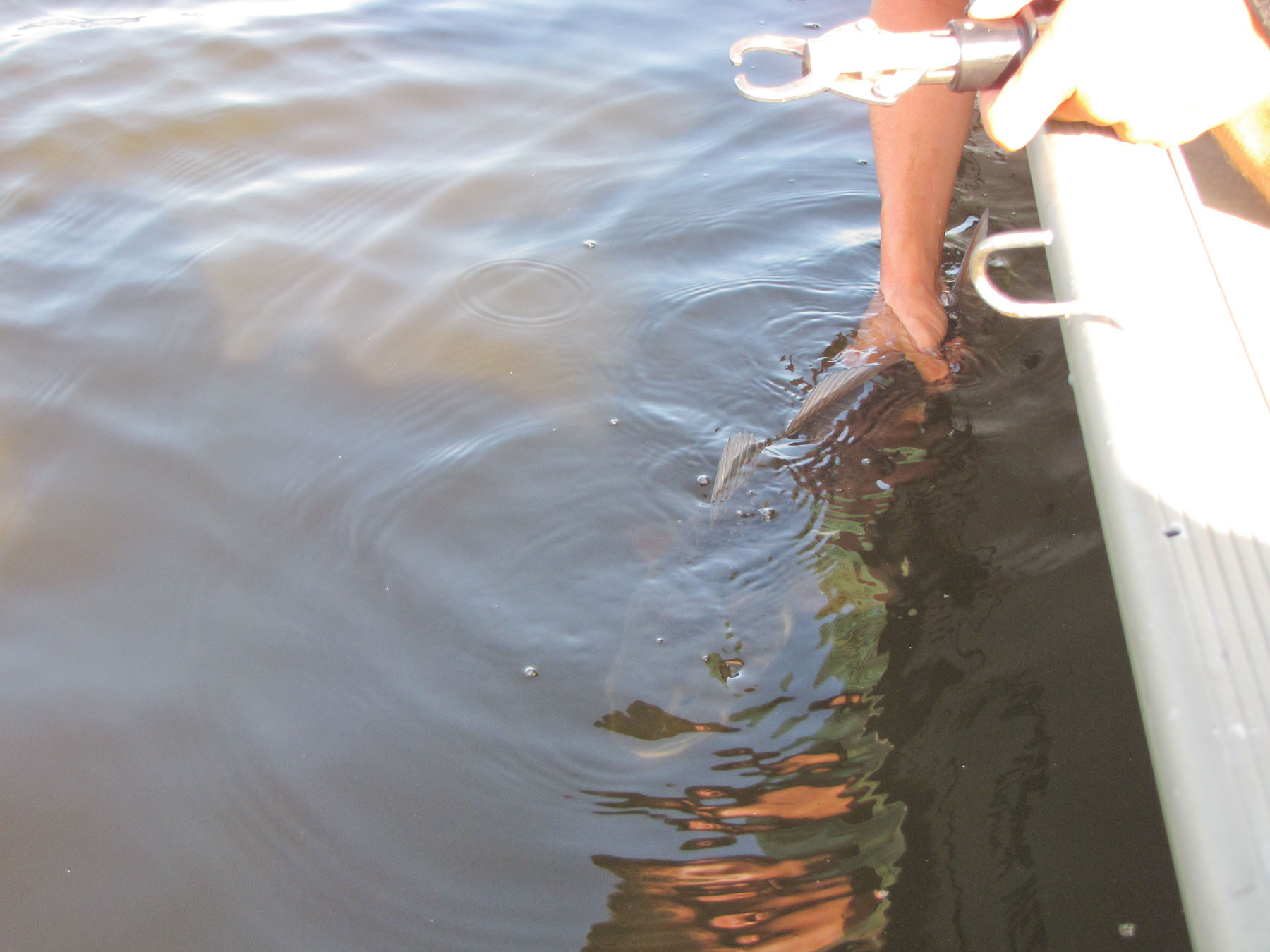 Looking into your past it's easy to reflect on "firsts". First love, first car, first house, and so on. They all hold a special place in the memory bank. As fishermen we have a whole section of our brain dedicated to firsts. Big trout, big redfish, or perhaps that first fish on artificial. For a guide, one of the best things we get to experience is one of these firsts with our clients.

Easily at the top of the list is the first fish. I have been so very fortunate to be a part of the process where everyone from kids to anglers in their 80s have taken a first fish in my boat and that's an honor I don't take lightly. Many years ago as a young guide trying to figure it all out, my good friend, Dickie Colburn, put it all in perspective for me when he said, "Son you have to realize that when you take people out on the water this is their special day, they will remember it far longer than you will so it's your job to treat it like that." Those words still ring true and to this day I try to look at each day on the water with someone in my boat the same way, it's a special day any way you look at it.

Of all the "first times" I have been a part of as a guide, I have probably had more of them with my friend Barry James of Baytown. Barry started fishing with me in the 90s when his daughters were young. Barry had no idea what fishing was all about but he knew he liked spending time with his girls and fishing seemed like a great way to do that. Throughout the next several years both Barry and his daughters experienced several fishing firsts. They caught their first redfish, first fish on artificial lures, learned to cast their first open-face reel, and so on. The whole family would occasionally come and it was awesome to witness how far each one of them had progressed from that first day we shared on the boat. To this day we are still good friends and I get messages detailing the girl's exploits in the classroom, on the bay, and now in the deer blind. The memorable trips like those with Barry and his daughters are what it's really all about when you get right down to it.

It may not be a true "first time" but it certainly has been a long time since we suffered through a prolonged bout with the wind like we did in May and early June. You can tell it was bad because all the guys I know now have trailer lights that actually work and really clean boats. These are things that most guides put off when the fishing is good. On the occasional day that we actually could peek our heads out into the bay it was just as good as we could have imagined. It was also as crowded as you could imagine since everybody and their first cousin had cabin fever. It was almost like a ghost town in the protected water of the Sabine River and ship channels, a mass exodus towards a flat lake and calm Gulf of Mexico.

And just as you might guess, the calm days only served to tease the local anglers for just as quick as the wind died it came back to life and once again pinned the masses to the banks and protected stretches of the river. Even my main program in the shallow water suffered since the winds made it hard to see fish and churned up everything from the lake to a street puddle. A more difficult start to the summer would be hard to imagine, unless you add in the fact that we haven't had any sizeable amounts of rain in weeks. Hold on to your hat gang because this year is shaping up as one for the books.

Speaking of lack of rain, we really notice that fact in a big way here on Sabine since the runoff from Toledo Bend has been reduced to a fraction of the normal flow. The lack of freshwater coming down the river has enabled saltwater to get into places where it normally doesn't even come close. Miles up the Sabine River local anglers are finding redfish and blue crabs where it's normally largemouth bass and crawfish. The back lakes and marshes are also feeling the saltwater presence as the grass that normally starts to choke off many places is nowhere to be found. Due to the lack of vegetation it's been a little tougher to pattern the redfish but a little rain will once again have the grass as thick as ever.

On recent trip to scout a few back lakes I had my son Hunter and his buddy Jonah Lemoine on the front as my fishermen for the day. Hunter has obviously been doing this for a while but Jonah was new to this style of fishing. Like many others his age Jonah fishes as much as he can, usually for freshwater fish.

The learning curve for a young enthusiastic fisherman is steep and Jonah was certainly up to the task. The weapon of choice for most days in the marsh is some sort of surface plug, a Stanley Ribbit or perhaps the She Pup or Spook Jr. Both Hunter and Jonah were throwing She Pups as locator baits since we had a little more wind than we wanted - which makes sight-fishing pretty interesting if not downright tough. Jonah was not really comfortable chunking the topwater plug but got the hang of it after a little instruction. I knew all it would take would be that first big blow up and he would be as big a fan of fishing the surface as Hunter and me.

Sure enough we got that first big blow up and I don't think Jonah's eyes could get any bigger. When the big fish failed to get hooked we were on a mission to get Jonah another shot at his first topwater red and that didn't take long. A solid fish gave his position away near a shoreline as he pushed along the bank leaving a fine wake.

Jonah made a great cast leading the fish by a few feet and working the plug right into the strike zone. In a textbook move the redfish inhaled the plug and Jonah buried the hook in a flash and the fight was on. After a good fight the redfish was brought to hand and the celebration began with pictures and congratulations. Another great first that I was fortunate enough to be part of and hopefully not the last.